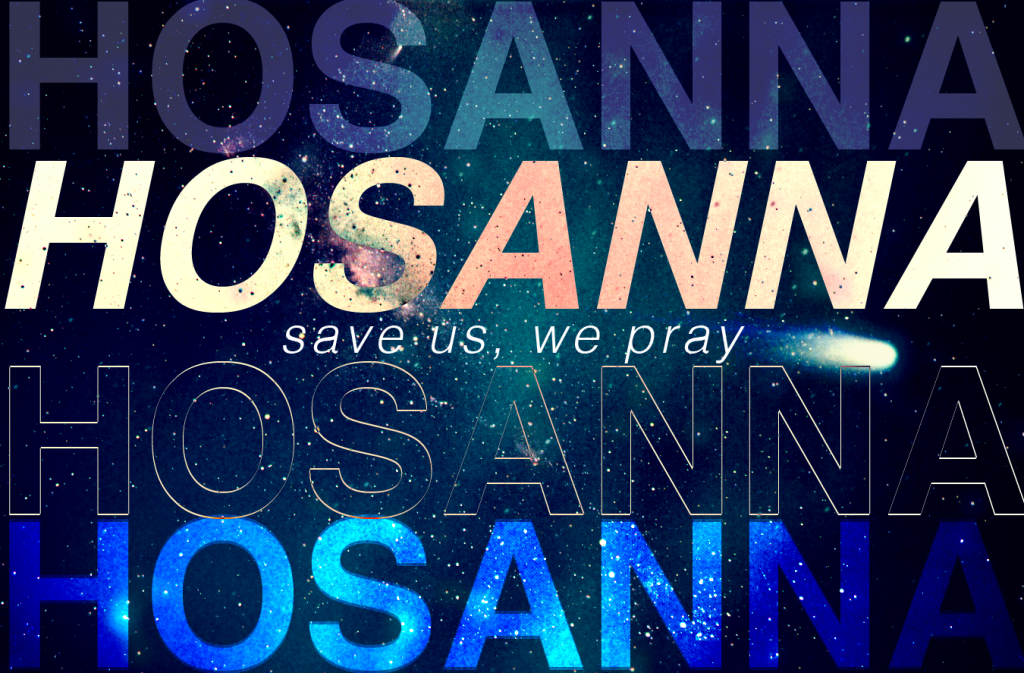 Matthew 21:1-11
1 When they had approached Jerusalem and had come to Bethphage, at the Mount of Olives, then Jesus sent two disciples, 2 saying to them, “Go into the village opposite you, and immediately you will find a donkey tied there and a colt with her; untie them and bring them to Me. 3 “If anyone says anything to you, you shall say, ‘The Lord has need of them,’ and immediately he will send them.” 4 This took place to fulfill what was spoken through the prophet: 5 “SAY TO THE DAUGHTER OF ZION, ‘BEHOLD YOUR KING IS COMING TO YOU, GENTLE, AND MOUNTED ON A DONKEY, EVEN ON A COLT, THE FOAL OF A BEAST OF BURDEN.’ ” 6 The disciples went and did just as Jesus had instructed them, 7 and brought the donkey and the colt, and laid their coats on them; and He sat on the coats. 8 Most of the crowd spread their coats in the road, and others were cutting branches from the trees and spreading them in the road. 9 The crowds going ahead of Him, and those who followed, were shouting, “Hosanna to the Son of David; BLESSED IS HE WHO COMES IN THE NAME OF THE LORD; Hosanna in the highest!” 10 When He had entered Jerusalem, all the city was stirred, saying, “Who is this?” 11 And the crowds were saying, “This is the prophet Jesus, from Nazareth in Galilee.”

Just as Jesus was brought into the world in the most humbling of ways, He was also going out of the world in humility.  The tradition of laying out a carpet or fine linen for a king or prince to walk upon comes from this tradition of the Jews as they laid out their coats for Jesus to enter upon.  Yet, He did not enter upon a great steed or with much fanfare.  His followers that noticed Him coming lined up to bless Him as He entered.  Yet as they did this, Jesus knew that their hearts would soon turn against Him.

The word “Hosanna” that they were singing means “help” or “save, I pray”.  It was a cry for help.  The Jews started to see Him as the Messiah, but as we discussed before, they certainly weren’t thinking in a spiritual sense.  They wanted to start a revolution against the Roman Government with Jesus at the forefront and they wished He would sit upon the throne of Israel once again.  Obviously, He did, but not as they would have it.  As we sing songs with this word in it, do we realize we are crying out for God’s help and salvation?

The Jews knew exactly what they were singing.  They wanted help.  They needed to be rescued from oppression.  But they had forgotten the majority of Jesus’ teachings.  We don’t need salvation from people, governments, or soldiers.  We need salvation from the effects of sin in and around our lives.  The most profoud prayer you can say to Jesus is, “help me, save me, rescue me.”  Like any good father, God wants us to rely upon Him and come to Him in our times of trouble.  He also wants us to celebrate our victories and successes with Him, but I don’t think a whole lot more melts a father’s heart than to hear his child ask for help.  One of the things we tend to forget about God our Father is that when a child asks its father for help, its father does all he can to help them, especially if that means being rescued from danger.

We deal with a lot of things these days as a result of sin.  I’m not talking about just the ramifications of going to hell or shame and disappointment.  I’m also taking about how we interact with the rest of the world.  Pain, suffering, and even death are elements brought on by a world of sinfulness.  He can rescue us from those things too!  All we have to do is cry out: hosanna.  Help me!  Rescue me I pray!