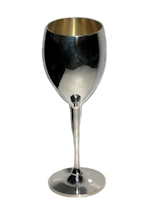 Mark 3:1-6
1 He entered again into a synagogue; and a man was there whose hand was withered. 2 They were watching Him to see if He would heal him on the Sabbath, so that they might accuse Him. 3 He said to the man with the withered hand, “Get up and come forward!” 4 And He said to them, “Is it lawful to do good or to do harm on the Sabbath, to save a life or to kill?” But they kept silent. 5 After looking around at them with anger, grieved at their hardness of heart, He said to the man, “Stretch out your hand.” And he stretched it out, and his hand was restored. 6 The Pharisees went out and immediately began conspiring with the Herodians against Him, as to how they might destroy Him.

How often do we let our religion dictate our actions over our heart?  In Matthew 25, Jesus seems to go on a tirade of “woes” against the Pharisees which addresses the very issue we see in Mark 3:

Jesus is exposing the religious elites’ impureness of heart.  In His sermon on the mount, Jesus also said:

[quote]Blessed are the pure in heart, for they shall see God.[/quote]

The Pharisees, in their religious rules, were missing that they were impure in heart.  They let their manmade rules and self-righteousness (the result of a darkened, selfish heart) dictate their attitudes and actions.  Not only did Jesus go against the religious rules, but He proved Himself innocent of sinning and they didn’t know what to do about it.  His assertion was not just about doing something on the Sabbath, but that in fact by “keeping” the Sabbath rules of not working, they would be doing evil by inaction.  The refusal to do good is just as bad as doing evil.  Jesus confronted the religiosity of the Pharisees head on.

The problem with these men isn’t necessarily that they were religious, but the reason why they were religious.  This is what Jesus meant in His comparison over a clean cup.  What good is a shiny, brilliant chalice if it is full of raw sewage?  Jesus explained the problem with religious piety.  The value of a cup is what it holds, not how fancy it looks.  The same holds true with ourselves.  It doesn’t matter how holy we look on the outside if we are completely rotten on the inside.  We tend to deceive ourselves into thinking that by making ourselves holy on the outside, we will somehow become holy on the inside.  Unfortunately for us, it makes us less holy on the inside because our external holiness exposes our wretchedness and we simply work towards becoming more holy on the outside while the inside rots away.  Like a 150 year old oak tree infested with termites, it continues to stand and may even flourish with leaves, but the first storm that comes by will bring it to the ground, disappointing all who gloried in it’s existence.

If we were first to focus on our heart condition, we would find that the outside part will eventually come.  Our exterior will change as a result from the interior change.  By doing it the other way around, we are only deceiving ourselves and wasting time.  So, today let us change our way of thinking and work on the inside; let us focus on the wretchedness inside that spoils the whole cup instead of the outward appearance that only deceives and does no good.