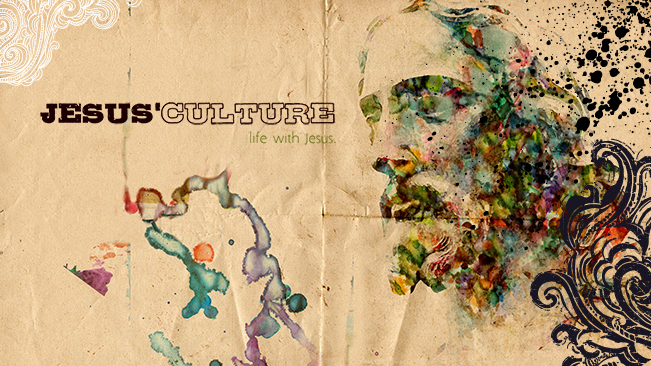 Acts 9:32-43
32 Now as Peter was traveling through all those regions, he came down also to the saints who lived at Lydda. 33 There he found a man named Aeneas, who had been bedridden eight years, for he was paralyzed. 34 Peter said to him, “Aeneas, Jesus Christ heals you; get up and make your bed.” Immediately he got up. 35 And all who lived at Lydda and Sharon saw him, and they turned to the Lord. 36 Now in Joppa there was a disciple named Tabitha (which translated in Greek is called Dorcas); this woman was abounding with deeds of kindness and charity which she continually did. 37 And it happened at that time that she fell sick and died; and when they had washed her body, they laid it in an upper room. 38 Since Lydda was near Joppa, the disciples, having heard that Peter was there, sent two men to him, imploring him, “Do not delay in coming to us.” 39 So Peter arose and went with them. When he arrived, they brought him into the upper room; and all the widows stood beside him, weeping and showing all the tunics and garments that Dorcas used to make while she was with them. 40 But Peter sent them all out and knelt down and prayed, and turning to the body, he said, “Tabitha, arise.” And she opened her eyes, and when she saw Peter, she sat up. 41 And he gave her his hand and raised her up; and calling the saints and widows, he presented her alive. 42 It became known all over Joppa, and many believed in the Lord. 43 And Peter stayed many days in Joppa with a tanner named Simon.

Maybe it is just the way I read this passage in my head, but didn’t Luke write it in a way that it seems simple and matter-of-fact?  A paralytic was healed and a dead woman was brought back to life and aside from the account that people turned to Jesus as a result; there really is no astonishment or surprise noted.  We know Luke walked with Jesus while He was on earth and saw many miracles.  Maybe this was why.  Luke’s culture had changed.  Peter’s culture had changed.  They were used to living in God’s Kingdom and things like this were commonplace.  I think this is part of our problem as believers; we have remained in our own culture instead of living in the culture of the Kingdom.

As we continue to read about the Acts of the Holy Spirit, let us not overlook who received the glory for these miracles.  Let us not forget from whom the power to heal the sick and raise the dead comes from.  Peter said to Aeneas, “Jesus Christ heals you.”  If we think it is our own doing, we’re going to be left looking like a fool.  If we try to perform miracles under our own power to prove our spiritual prowess, we will be sadly disappointed.  Secondly, notice how the Holy Spirit led Peter.  He didn’t just go walking down the streets throwing faith bullets at people laying in the street so they could be healed, making a big spectacle of himself.  Instead, there were specific people in specific places he was led to go and heal.  God had a specific purpose for Peter and he followed it.  Even when Jesus was walking around, we read about towns that were not yet ready to receive the truth and therefore did not witness many miracles.  The Big Guy in the sky knows what is happening down here and where we need to be, when we need to be there.  This is why it is so crucial to be in communion with the Holy Spirit, so He can better lead us.  If we aren’t in communication with headquarters, how can we know where they want us to go and what they want us to do?

The disciples seemed to have it so easy.  They just walked where they needed to go and did what they needed to do.  Let us not forget, however, that they had a 3-year boot camp with the founder of God’s army.  This was three solid years of learning how to be obedient and disciplined to the guidance and direction of Christ.  The other obstacle we have to overcome is realizing that we are stuck in our society’s culture and we must learn, understand, and begin to live in Jesus’ culture.  We have spent decades being trained and groomed to live in and of the world.  Now we must learn and train to live in God’s Kingdom.  We must seek to see things the way God sees them: from a Kingdom perspective instead of a worldly perspective.  The world tells us miracles don’t exist and we are our own gods.  We have been convinced that the impossible isn’t possible and that God is just an imaginary fairytale creature invented to help churches take our money and make us feel good about ourselves.

Peter didn’t have that problem.  Saul didn’t have that problem.  Neither should we.  Let us stop buying into the lies of the world that the devil feeds us to keep us bound in our insecurities and powerlessness as humans and instead learn to live the way God created us to: guided and empowered by the Holy Spirit to reveal His Majesty to others.  I just taught a lesson of hope the other day that was based on Romans 10:

The key here is not just confessing, but believing with all your heart that what you are hearing is true.  Our worldly culture has taught us not to trust what we hear or read, which is a good thing but sometimes we get caught up in the distrust of what we hear about God and never move forward into believing what we read or hear for what it says.  Jesus told the disciples the difference between unbelief and belief in Mark 16:

How can we overcome this unbelief?  We have millions of self-proclaimed Christians all over the world but these things are not happening.  This isn’t to say that the performance of miracles is the only sign of our belief in God, but that the closer we are to Him and the more we believe Him for what He says, the more we will become accustomed to Jesus’ culture instead of worldly culture.  We continue to sip the proverbial spiritual milk and refuse to move on to solid food.  In Mark 9, we encounter a story of a man pleading with Jesus to heal his afflicted son.  I love this story because Jesus confronts unbelief face-to-face:

This is the demon that even Jesus’ disciples couldn’t cast out because they were not yet immersed enough Jesus’ culture to understand how to deal with it.  We all struggle with levels of unbelief.  The absence of miracles in your life isn’t an indication of not being in communion with God, rather it is of not being in communion with God enough.  The man mentioned above did believe that Jesus might be able to heal the boy but still had some doubts.  While this is an issue of our humanness, we must pay attention to what James tells us about unbelief and what it does to us:

What is the point of asking God for something if we don’t believe He is going to give it to us?  Why would we ask anyone for anything if we didn’t at least have the slightest notion that they might give it to us?  In Matthew 7, Jesus talks about the goodness of our Heavenly Father:

If we ask God for wisdom and strength, it will be given to us.  Wisdom is the proper use of the knowledge we have and in this case, it is putting to use what we have learned about Him.  Just because we learn from the pastor on Sundays and read our bibles everyday doesn’t mean we are going to grow unless we apply it!  This is why I try to focus my devotionals on applying God’s word to our daily lives.  This is why I am publishing a devotional book to help us do this very thing!  We must seek a more intimate relationship with God and we will find it.  We must knock on the doors of opportunity God brings us to and He will make the way open and clear for us to carry out His will in our lives and the lives of others.  Notice, however, that it all starts with asking.  It all starts with asking God to show us the way, to increase our faith, to draw us closer to Him so we can understand better Jesus’ culture and see things from the perspective of God’s Kingdom.

Let us stop believing the lies of this world and start believing God for what He is saying to us.