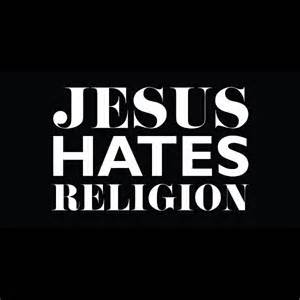 Matthew 23:1-7
1 Then Jesus spoke to the crowds and to His disciples, 2 saying: “The scribes and the Pharisees have seated themselves in the chair of Moses; 3 therefore all that they tell you, do and observe, but do not do according to their deeds; for they say things and do not do them. 4 “They tie up heavy burdens and lay them on men’s shoulders, but they themselves are unwilling to move them with so much as a finger.  5 “But they do all their deeds to be noticed by men; for they broaden their phylacteries and lengthen the tassels of their garments. 6 “They love the place of honor at banquets and the chief seats in the synagogues, 7 and respectful greetings in the market places, and being called Rabbi by men.

Jesus is teaching a very important leadership principle here.  I heard it years ago, “Do not ask anyone to do anything you wouldn’t be willing to do yourself.”  He is clearing things up for His followers because some of their actions or words are truth, but are twisted in pride and desire of power.  The scribes and Pharisees teach the Law and the Law should be taught and preached.  Since they teach directly from God’s Word, there is nothing wrong with this which is why Jesus admonishes them to observe and do what the teachers teach, but to be aware not to follow their example because it is with the wrong intent.

In Matthew 5, Jesus makes this distinction:

17 “Do not think that I came to abolish the Law or the Prophets; I did not come to abolish but to fulfill. 18 “For truly I say to you, until heaven and earth pass away, not the smallest letter or stroke shall pass from the Law until all is accomplished. 19 “Whoever then annuls one of the least of these commandments, and teaches others to do the same, shall be called least in the kingdom of heaven; but whoever keeps and teaches them, he shall be called great in the kingdom of heaven. 20 “For I say to you that unless your righteousness surpasses that of the scribes and Pharisees, you will not enter the kingdom of heaven.

Then in chapter 6, He goes on to explain some religious rituals and concepts that we must remember are not for human recognition but closeness with God.  The things that Jesus mentions that the Pharisees do with the phylacteries and tassels is that they have been manipulating rituals so that they appear to be more holy to others.  The Pharisees had created a religious system where they boosted their self righteousness and oppressed others with it.  They imposed heavy religious man-made restrictions on the people that “required” them to behave a certain way to be close to God but in fact were very far from God themselves!  How often do we do this to others?

Jesus was very anti-religion.  It pains me to see every day how much we have created religion out of Jesus’ teachings that taught against religion.  It’s quite ridiculous!  Yet, because there are prideful humans involved, that is the way it goes.  We must be careful not to fall into this trap.  We must be aware of how easy it is to think ourselves better than others because of our belief, level of faith, or worse: our position in the church.  The Apostle Paul reminds us to remember where we came from in Romans 11:

Jesus had to point out the hypocrisy of the Pharisees.  What hypocrisy is He revealing in your life?