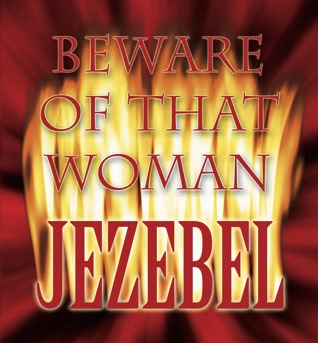 20 Indeed, there is not a righteous man on earth who continually does good and who never sins. 21 Also, do not take seriously all words which are spoken, so that you will not hear your servant cursing you.22 For you also have realized that you likewise have many times cursed others. 23 I tested all this with wisdom, and I said, “I will be wise,” but it was far from me. 24 What has been is remote and exceedingly mysterious. Who can discover it? 25 I directed my mind to know, to investigate and to seek wisdom and an explanation, and to know the evil of folly and the foolishness of madness.26 And I discovered more bitter than death the woman whose heart is snares and nets, whose hands are chains. One who is pleasing to God will escape from her, but the sinner will be captured by her. 27 “Behold, I have discovered this,” says the Preacher, “adding one thing to another to find an explanation, 28 which I am still seeking but have not found. I have found one man among a thousand, but I have not found a woman among all these.

“All have sinned and fall short of the Glory of God.” (Romans 3:23)  I threw this verse in before starting my conversation about today’s passage because I am finding more and more that the things we are reading in Ecclesiastes are repeated as inerrant truths elsewhere in the bible. This is important for us to recognize because we tend to look at the Old Testament as a part of the bible we don’t really need unless we want a history lesson or want to read about some crazy stuff that happened back in the day.  Yet all the Apostles and even Jesus Himself constantly referred to the Old Testament because it is important and continues to be important.  Whether we admit it or not, the Old Testament plays a very important role in telling us about the character of God and the history of man that we need to comprehend in order to appreciate what happens in the New.

Sinfulness: we all have it and we are all born into it.  Not too long ago, Solomon revealed to us the purpose of sinfulness.  Here his wisdom is speaking to us that lets us know that nobody is immune to it.  We have and will sin and we have and will be sinned against; it is a fact of being human.  Solomon seems to be speaking a bit cryptically when he says, what has been is remote and exceedingly mysterious.  It’s a bit common sense, actually, if we think about it.  He is talking about our sinful nature.  So, what is in the past that is extremely far away and mysterious to us?  Adam and Eve before the fall.  It is difficult to imagine an unbroken world without sin, isn’t it?  We can talk about it and hypothesize, but we don’t truly know what it was like in Eden until the new earth and new heaven and New Jerusalem are formed.

The final two verses bring a female figure or concept into the mix but Solomon doesn’t exactly who “she” is.  I believe Solomon is talking about the Spirit of Jezebel.  This is in reference to a deceitful prophetess who we read about in both books of Kings in the bible and her name suddenly disappears until we read Jesus’ warnings to the church of Thyatira in Revelation chapter 2, “19 ‘I know your deeds, and your love and faith and service and perseverance, and that your deeds of late are greater than at first. 20 But I have this against you, that you tolerate the woman Jezebel, who calls herself a prophetess, and she teaches and leads My bond-servants astray so that they commit acts of immorality and eat things sacrificed to idols. 21 I gave her time to repent, and she does not want to repent of her immorality. 22 Behold, I will throw her on a bed of sickness, and those who commit adultery with her into great tribulation, unless they repent of her deeds. 23 And I will kill her children with pestilence, and all the churches will know that I am He who searches the minds and hearts; and I will give to each one of you according to your deeds. 24 But I say to you, the rest who are in Thyatira, who do not hold this teaching, who have not known the deep things of Satan, as they call them—I place no other burden on you. 25 Nevertheless what you have, hold fast until I come. 26 He who overcomes, and he who keeps My deeds until the end, to him I will give authority over the nations; 27 and he shall rule them with a rod of iron, as the vessels of the potter are broken to pieces, as I also have received authority from My Father; 28 and I will give him the morning star. 29 He who has an ear, let him hear what the Spirit says to the churches.’ “

The spirit of Jezebel is yet another instrument of our enemy’s deception.  As the serpent convinced, ensnared, and enslaved Eve and Adam into sinfulness in the first days of history, so too does Jezebel continue to do the same.  I know that at first it might seem a little much that I put the entire warning to this church in today’s study, but I felt it was pertinent given what Solomon also warns us against in Ecclesiastes today, One who is pleasing to God will escape from her, but the sinner will be captured by her.  None of us are immune to sinfulness outside the presence of God.  We have all already experienced this, the question is, what are you going to do about it?  We must stand firm in the faith!

We continually deal with the deception of the enemy.  The enemy’s chief goal is to convince you to believe something other than the truth of God.  This is why it is crucial to always study God’s word and continue building our relationship with Him through prayer because when the enemy tries to deceive us, we will already know the truth and can compare what we are hearing to God’s Truth.  Who are you going to listen to?  If we are allowing ourselves to be deceived right now, we must recognized the lies of the enemy and repent of our actions (in accepting and acting on those lies).  If you currently are not, you must stand firm int he faith because you will be tempted!  Thankfully, our Lord gives us what we need in those times, if only we will rely on Him.