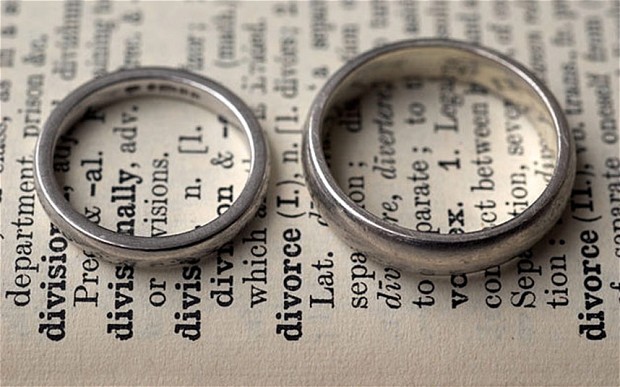 Matthew 5:31-32
31 “It was said, ‘WHOEVER SENDS HIS WIFE AWAY, LET HIM GIVE HER A CERTIFICATE OF DIVORCE ‘; 32 but I say to you that everyone who divorces his wife, except for the reason of unchastity, makes her commit adultery; and whoever marries a divorced woman commits adultery.

Until today, I used to think this passage gave license to get a divorce in the case of unchastity or unfaithfulness. However, Jesus is saying that we shouldn’t divorce at all, just that if a wife cheats on her husband and he divorces her as a result, he isn’t causing her to be unfaithful because she already was, but he is still breaking his covenant with her and God. Some of you might think this explanation is ridiculous or unfounded, but let’s take a look at what God says about divorce. First, let’s go back to Malachi 2, where God is exhorting His people for losing sight of the heart of the Law as we studied in the article Christian Divorce:

13 “This is another thing you do: you cover the altar of the LORD with tears, with weeping and with groaning, because He no longer regards the offering or accepts it with favor from your hand. 14 “Yet you say, ‘For what reason?’ Because the LORD has been a witness between you and the wife of your youth, against whom you have dealt treacherously, though she is your companion and your wife by covenant. 15 “But not one has done so who has a remnant of the Spirit. And what did that one do while he was seeking a godly offspring? Take heed then to your spirit, and let no one deal treacherously against the wife of your youth. 16 “For I hate divorce,” says the LORD, the God of Israel, “and him who covers his garment with wrong,” says the LORD of hosts. “So take heed to your spirit, that you do not deal treacherously.” 17 You have wearied the LORD with your words. Yet you say, “How have we wearied Him?” In that you say, “Everyone who does evil is good in the sight of the LORD, and He delights in them,” or, “Where is the God of justice?”

When we split our relationship with our spouse for whatever reason, we sin against God. The Pharisees and disciples had an issue with this just as I am sure some of you do. So, they asked Him again later in Matthew 19:

3 Some Pharisees came to Jesus, testing Him and asking, “Is it lawful for a man to divorce his wife for any reason at all?” 4 And He answered and said, “Have you not read that He who created them from the beginning MADE THEM MALE AND FEMALE, 5 and said, ‘FOR THIS REASON A MAN SHALL LEAVE HIS FATHER AND MOTHER AND BE JOINED TO HIS WIFE, AND THE TWO SHALL BECOME ONE FLESH ‘? 6 “So they are no longer two, but one flesh. What therefore God has joined together, let no man separate.” 7 They said to Him, “Why then did Moses command to GIVE HER A CERTIFICATE OF DIVORCE AND SEND her AWAY?” 8 He said to them, “Because of your hardness of heart Moses permitted you to divorce your wives; but from the beginning it has not been this way. 9 “And I say to you, whoever divorces his wife, except for immorality, and marries another woman commits adultery.” 10 The disciples said to Him, “If the relationship of the man with his wife is like this, it is better not to marry.” 11 But He said to them, “Not all men can accept this statement, but only those to whom it has been given.

Some of you until this point may have been reconciling adultery as an acceptable reason for divorce just as I used to, but pay attention to the question of the Pharisees. He had already told them that if we divorce our wives for any reason than unfaithfulness, we cause her to commit adultery. He never said this was acceptable and in light of this answer, they asked Him again, “so is there no acceptable reason for divorce?” In our human thinking, we see this as a justification for divorce but the scholars of that time understood Jesus’ response to say, “No; it is never acceptable to divorce.” If God hates it, then why would He allow it in certain circumstances? Let us read one more passage from the Apostle Paul in 1 Corinthians 7 as it seems the church at Corinth was struggling with the “rules” of what the marriage relationship should look like in the Kingdom of God:

10 But to the married I give instructions, not I, but the Lord, that the wife should not leave her husband 11 (but if she does leave, she must remain unmarried, or else be reconciled to her husband), and that the husband should not divorce his wife.

We have become so easily influenced by the way the world does things that we continue to look for good excuses to divorce. Earthly marriage is meant to be a representation of our relationship with Jesus. He is the husband and we are His bride. Notice how He accentuates that the wife should never leave her husband but if she does she should work to be reconciled to him or never marry again. Whereas the husband has no caveat: he is always responsible for remaining married to his wife. Our relationship is like this with Jesus. Once we enter that covenant with Him to follow Him for the rest of our lives, sometimes we sway from the relationship and love another but there is always the opportunity to be reconciled. Yet the husband never leaves, never divorces, and is always faithful. The husband is to be the spiritual leader and stronger than the wife just like Jesus is to us. So if a man is never permitted to divorce his wife and a woman is to always be reconciled to her husband, how can we justify divorce for any reason?

The covenant of marriage was not designed to be broken. Jesus says, “…from the beginning it has not been this way.” Both sides of the relationship entered into it with a responsibility to care for, protect, and preserve the other. Whether or not we recognize it when it happens, this is the covenant we enter and when we break it, our sinfulness condemns us. We not only break a covenant with our spouse, we break it with God.