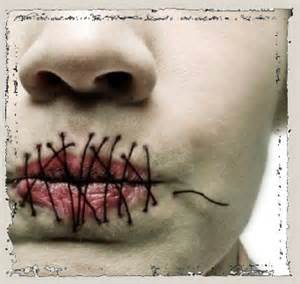 Today we stumble across one of the more debatable passages in the bible.  Is Paul really saying that women shouldn’t speak in the church?  Does this apply to today?  What about other women in the scriptures who have been deaconesses and leaders in the church, were they not allowed to speak either?

34 The women are to keep silent in the churches; for they are not permitted to speak, but are to subject themselves, just as the Law also says. 35 If they desire to learn anything, let them ask their own husbands at home; for it is improper for a woman to speak in church. 36 Was it from you that the word of God first went forth? Or has it come to you only? 37 If anyone thinks he is a prophet or spiritual, let him recognize that the things which I write to you are the Lord’s commandment. 38 But if anyone does not recognize this, he is not recognized. 39 Therefore, my brethren, desire earnestly to prophesy, and do not forbid to speak in tongues. 40 But all things must be done properly and in an orderly manner.

I love how these verses are grouped together because this is usually how they are read to start the argument.  However, we need to understand that this is the ending of Paul’s point he has been trying to make about spiritual gifts.  The verses after 35 are Paul’s conclusion, not his assertion over 34 and 35.  So, the question is: do we take these things literally as they are written or should we try to dig deeper and understand what is being taught?  YES.  We need to do both of these things with ALL scripture.

We must never forget that scripture supports scripture.  The various letters, doctrines, and books were assembled because they are congruent.  This means that if we find some sort of contradiction, it isn’t to say that scripture is false because it contradicts itself, rather we must look deeper to understand how and why it is congruent.  This helps us understand the overall message.  Afterall, would you read only select chapters in a different book and discredit its authenticity because the specific parts you read didn’t match up?  It’s illogical to read this way, so why would we do it with anything else?  I’m starting to rant about cut and paste theology; I’ll try to stay focused on keeping women silent in the church.

What have we read so far in this letter?  Paul discussed the importance of cultural relevance while maintaining the newness of life that comes from being born again.  He also is helping the church maintain discipline during church services while at the same time utilizing the gifts God has given us for what they were designed.  Does it make any sense that, while still in the flow of this thought process (actually, as a closing) Paul would suddenly shift gears and say, “oh by the way, tell the women to shut up”?  Not at all!  He says it plainly and bluntly in verse 40, but all things must be done properly and in an orderly manner.  It is about maintaining order and being able to relate to the community WITHOUT compromising the commands of God, while at the same time edifying and building up the church.  Ok, so what does this have to do with women talking in the church?

My wife and I are slowly learning the customs of the people of Guatemala.  As we integrate with the church culture down here, we are learning some interesting things.  The culture here is very, what they call “machismo” meaning the men are given priority over the women.  There are some of the customs built around this that we are finding as negligible as far as cultural relevance and others that we should probably adapt to.  For instance, when we were in language school being hosted by a Guatemalan family, I made sure that when dinner was served, my wife received her plate before mine.  The host mother explained to the girl who served dinner that in the United States, women are served first.  This wasn’t an issue and throughout the rest of our time there, my wife and the other women at the table ate first.  Later this month, however, we are going to a remote village for some training where all women are expected to wear ankle length skirts, regardless of what they are doing.  We could very easily stick to “well, we don’t follow that in the US, so she can wear shorts or jeans if she desires.”  The problem with this is that according to the culture, women who wear pants or shorts are considered prostitutes and therefore drop themselves to the bottom of the respect chain in society.  Even if the local people recognize that she is not a prostitute, it is seen as a sign of disrespect to the local culture.  What is more important, maintaining independence of clothing choice or being able to relate to the people?  Is it really that big of a deal for a woman to wear a skirt instead of jeans or shorts?  Remember the times Paul has instructed us not to become a stumbling block to others and to recognize where others are in their process of faith and meeting them there?  He spent much time on telling the Corinthians how he becomes “all things to all people so that they may be saved.”  When Paul says it is improper for a woman to speak in church, he doesn’t mean that God doesn’t want women to speak in church because they are lesser beings.  Rather, he is saying that it is improper in Corinth for women to speak in church.  It very well may be this way in other parts of the world today!  So, in relation to those cultures, is this morally right or wrong?

Some of you might think women keeping silent in the church and wearing a skirt are two completely different things, but some of you attend churches that wouldn’t really allow someone wearing less than a shirt and tie through the doors.  Paul’s meaning in keeping women silent is not for sexist oppression; rather it is for order and cultural relevance.  He also told people who speak in tongues and those who prophesy to keep silent as well.  What was his final comment on that? Desire earnestly to prophesy, and do not forbid to speak in tongues. If you think Paul is contradicting himself, then you are missing the point.  Remember when he mentioned that all things are for the edification of the church?  This is why he is instructing the way he is, to help the church edify, grow, and relate to others.

Too often we get caught up in causes and idealism and it blinds us from the real things that matter: spreading the word of God and loving others unconditionally.  We are called to humble ourselves not just to the Lord, but to others so that they might have an unobstructed opportunity to hear and learn the truth of God.  Is your own pride and self-righteousness more important than this? We are not only being a stumbling block to ourelves, but also to others.

2 thoughts on “Keeping Women Silent in the Church”