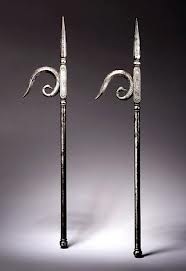 Acts 26:12-23
12 “While so engaged as I was journeying to Damascus with the authority and commission of the chief priests, 13 at midday, O King, I saw on the way a light from heaven, brighter than the sun, shining all around me and those who were journeying with me. 14 “And when we had all fallen to the ground, I heard a voice saying to me in the Hebrew dialect, ‘Saul, Saul, why are you persecuting Me? It is hard for you to kick against the goads.’ 15 “And I said, ‘Who are You, Lord?’ And the Lord said, ‘I am Jesus whom you are persecuting. 16 ‘But get up and stand on your feet; for this purpose I have appeared to you, to appoint you a minister and a witness not only to the things which you have seen, but also to the things in which I will appear to you; 17 rescuing you from the Jewish people and from the Gentiles, to whom I am sending you, 18 to open their eyes so that they may turn from darkness to light and from the dominion of Satan to God, that they may receive forgiveness of sins and an inheritance among those who have been sanctified by faith in Me.’ 19 “So, King Agrippa, I did not prove disobedient to the heavenly vision, 20 but kept declaring both to those of Damascus first, and also at Jerusalem and then throughout all the region of Judea, and even to the Gentiles, that they should repent and turn to God, performing deeds appropriate to repentance. 21 “For this reason some Jews seized me in the temple and tried to put me to death. 22 “So, having obtained help from God, I stand to this day testifying both to small and great, stating nothing but what the Prophets and Moses said was going to take place; 23 that the Christ was to suffer, and that by reason of His resurrection from the dead He would be the first to proclaim light both to the Jewish people and to the Gentiles.”

How often do we war with God?  Even in our best of intentions we fail at pleasing God because we have warped His will into fitting with our own.  Saul was a clear example of that, defending his own religion against the Christians who clearly were inspired and empowered by the Spirit of God.  It is interesting that Saul was doing this very thing and Jesus told him that now that he has been converted, Saul (Paul) would experience the same thing as he goes forth to preach the Good News of Christ.  As we saw in the previous post, we fight against challenges to our core beliefs even though it is futile.  Refusing to accept a core truth doesn’t make it any less true, it makes us more susceptible to lies that pull us away from the truth.

The term “kicking against the goads” is a phrase that originates in cattle herding.  A goad is a sharp stick or cattle prod used to guide and manipulate the cattle to going towards where the herders wanted them to go.  As much as they might not agree with the direction or not want to do what the herders are directing them to do, fighting against the cattle prods is not only unproductive, but possibly deadly if they fight back too hard.  This is Jesus’ point in regards to Saul’s persecution of Christ.

Usually when we think of persecution we focus on the people involved: the persecutor and the persecuted.  Rarely do we think about necessarily what the persecution of the persecuted means.  Jesus here asks Saul not “why are you persecuting my people/ church,” but “why are you persecuting Me?”  The war that Saul waged on the Christians was not against the Christians themselves(even though Saul might have thought it was); it was a direct attack on the Kingdom of God.  Saul thought he was fighting on God’s side and for His honor, but in fact he was fighting against God.  Remember what Gamaliel (ironically Saul’s Jewish mentor and teacher) said when the Christian faith began to spread?  In Acts 5:38-39 he advised:

[quote]38 “So in the present case, I say to you, stay away from these men and let them alone, for if this plan or action is of men, it will be overthrown; 39 but if it is of God, you will not be able to overthrow them; or else you may even be found fighting against God.”[/quote]

When we find ourselves fighting and persecuting others the way Saul did, the way the Crusaders did, and even the way the “church” does sometimes today, we need to recognize that we are living in the darkness operating within the dominion of Satan instead of the Kingdom of God.  We don’t want to admit it and we probably don’t want to confront this issue, but this is exactly what is happening.  When we confront this and admit our wrongdoing, we can then receive forgiveness of sins and an inheritance among those who have been sanctified by faith.

Paul reveals as he closes his defense that this is what has been revealed in the Law of Moses and the Prophets (i.e. the Old Testament) that the Jewish people cling to as their hope.  Through Jesus’ ministry, death, and resurrection these things have been revealed to the world and is now being carried by His agents throughout the ends of the earth.  Paul is one of those agents and he has worked non-stop until this point to encourage others to stop kicking against the goads as he did for so long and instead receive the forgiveness for doing so that has been offered to them.

The problem is that we are ashamed to repent.  It attacks our pride, esteem, and core beliefs to admit we were wrong in thought and deed in order to receive that forgiveness.  The trap of the devil is to get us to think we are alone, nobody will receive us in revelation of our misdeeds, and that we must do it all on our own.  This is the very thing that got him kicked out of God’s presence.  This is the pride that we must overcome in order to experience the grace, love, and peace of God our Heavenly Father.  Christ’s sacrifice is the key to unlock the prison cell we are in of our sin.  Repentance occurs when we use the key to open the cell.  Grace is the freedom we experience once we leave the cell.  Why do we remain prisoners if we have the key and ability to use it?