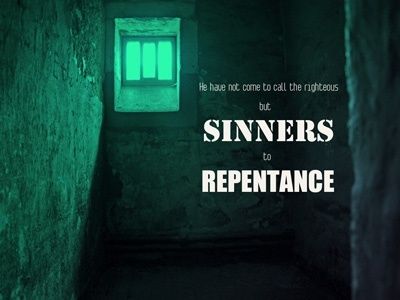 Amos 5:1-7
1 Hear this word which I take up for you as a dirge, O house of Israel: 2 She has fallen, she will not rise again – The virgin Israel. She lies neglected on her land; There is none to raise her up. 3 For thus says the Lord GOD, “The city which goes forth a thousand strong Will have a hundred left, And the one which goes forth a hundred strong Will have ten left to the house of Israel.” 4 For thus says the LORD to the house of Israel, “Seek Me that you may live. 5 “But do not resort to Bethel And do not come to Gilgal, Nor cross over to Beersheba; For Gilgal will certainly go into captivity And Bethel will come to trouble. 6 “Seek the LORD that you may live, Or He will break forth like a fire, O house of Joseph, And it will consume with none to quench it for Bethel, 7 For those who turn justice into wormwood And cast righteousness down to the earth.”

For those of you who don’t know (I didn’t until about 5 minutes ago), a dirge is a lamentation.  It is a cry of disparity.  Coming from God to Israel, this is a “last call” to repentance before God brings forth His judgment upon them.  To continue with the analogy from chapter 4, this is God’s last rock He is throwing before He follows through on His promise.  The lamentation or dirge is that Israel will still not repent.  There are two important elements in this passage I would like to highlight today.

God is more patient to us than we deserve.
As we read this passage, it seems like God is a big jerk.  He is telling Israel that there is no hope for them and they will be whittled down to 10% of their population.  Their purity will be violated and no longer will they be the great nation they once were.  Echoes of the common atheist phrase, “how could a loving God…?”  The truth is, if we actually look for it, God always gives us a way out.  In verse 4 He tells them what they need to do, seek Me (God) that you may live.  People ask how a loving God could do such a thing; He is telling them, “hey, destruction is coming because of your actions, but there is still time to come back to me.”  If He didn’t care or love us, He would just have let them fall on their faces without any opportunity to repent.  We tend to take our sinful ways and point the finger at God instead of realizing how disobedient we have been.  I once heard a guy who had a lot of problems with their parents come to the realization, “you know, I might have felt like my parents abused me and punished me very harshly, but I was a rotten kid!”  God here is revealing to Israel that they have been rotten kids, but He loves them enough to still let them get out from under the judgment they are about to receive.  It’s like a dad getting ready to belt his son for being disobedient and at the very last minute saying, “son, if you truly repent in your heart and stop doing what you have been doing, then you won’t get the belt.”  Based on what we have read in history, however, Israel didn’t heed God’s warnings and repent.  It revels to us how much our sinfulness blinds us from God’s truth and love.

We should never go to others for salvation.
In verse 5, God is warning Israel not to seek refuge in other towns.  If you have studied any of the extended Mosaic Law, you will see that it reveals a custom which includes cities of refuge for people who have wronged others accidentally, since the culture provided recompense by “returning the favor” against the offender.  Cities of refuge were created where the offender could hide for a time period in order to avoid the “eye for an eye” law because of an accident or honest mistake.  God is telling them here that there is nowhere they can run to avoid God’s judgment, as all will be punished.  In Psalm 18, David describes a similar situation where God’s judgment and vengeance was upon the earth and by taking refuge in Him, he was saved:

I implore you to click the link above to read the whole story, but I cut out this little part to reveal that David took refuge in God from his enemies.  Israel’s judgment would come as a warring nation destroys and pillages it and drags the survivors out of Israel and makes them captive.  God’s warning was to return to Him before it happens.

God is giving you a second chance today. Our wickedness and war against Him in our hearts can be over if we will only repent and return to Him.  What in your life has kept you from pure communion with God?  What is hindering your relationship with Him?  If you will only let go of that and return to Him, you will see His redemption unfold in your life.