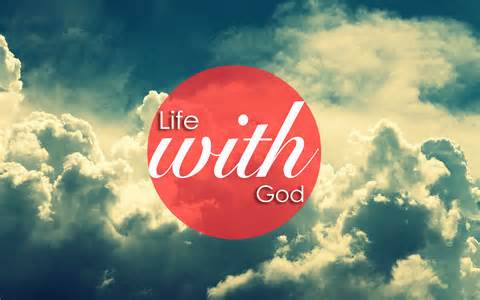 While continuing in his lesson of marriage, sexuality, and how we should behave as Christians in relationships, Paul seems to be addressing another question from the church at Corinth concerning virginity.  It’s very possible that they are a little confused about what Jesus was saying in his sermon on the mount that we find in Luke 16:18: if someone divorces his wife we forces her to commit adultery.

Paul continues with his theme of recognizing that we are given faith in God when and where we are for a reason.  His point here is to say, “Stay where you are.”  Again, people are focused on the physical, which Paul reminds us is passing away.  Solomon described this clearly in Ecclesiastes and Paul is repeating this sentiment here.  I love the way Paul introduces his point, I think this is good in view of the present distress.  He’s saying, “look, I know you guys are surrounded by all sorts of sinfulness but listen up: don’t worry about it!”  Our focus on trivial things such as “should I get married?  Must he/she be a virgin? What if my spouse wasn’t a virgin when we got married, should I divorce her now?” and the like are just distractions from the bigger picture: allegiance to the Kingdom of God.  Let’s continue reading what Paul is saying at the end of this chapter because it will help us see the bigger picture.

Verse 35 I the key verse here: for your own benefit…to promote what is appropriate and to secure undistracted devotion to the Lord.  For those of you who are married, have you noticed that you seemed to have a lot more time when you were single than you do now?  Introduce kids and the time diminishes even more.  You have new obligations: relationship building and maintenance, providing for your family, taking care of more stuff, etc.; it’s part of the process and unavoidable, but there is nothing wrong with that.  Is Paul saying we should all get divorced so we can spend more time with God?  No, in fact he says that it’s not to put a restraint upon you; rather he is putting things in perspective.  If you’re single, don’t concern yourself with getting a spouse because you have more time to devote to God.  If you do have a spouse, however, make sure you put God first.  He uses the example of marrying off a virgin daughter (possibly in response to a question) to exemplify that getting married isn’t bad, it’s just different and it will cause more obstacles to your dedication to God.

To put it more simply, Paul is saying to seek the Lord for guidance and direction and make sure He remains a priority in your life.  If we do this first, then we’re going to be alright.  In missions school we learned about the difference between how God calls us to have a relationship with Him and how we think we should have a relationship with Him.  This is where I learned the idea of doing life with God instead of doing life for God.  We tend to just run out and do all these “good things” like start ministries, give stuff to people, run bible studies, etc. and afterwards ask God to bless it.  We set ourselves up for failure when He doesn’t because maybe it isn’t what He wanted you to do in the first place!  Instead, He calls us to first communicate with Him: read His word, pray, ask questions, and wait for answers.  Out of this we learn what God wants us to do and in being obedient to that, we don’t have to worry if God is going to bless it or not because He is the one who told us to do it!  Paul highlighted this issue here by addressing the concerns of marriage in the Corinthian Church.

How are you concerned with things the way the Corinthians were?  Are you running ahead and just doing what you thing you should do instead of what God called and created you to do?  Are you concerned about the physical world around you and “being good enough” instead of just having communion with God and learning directly from Him how you should live?