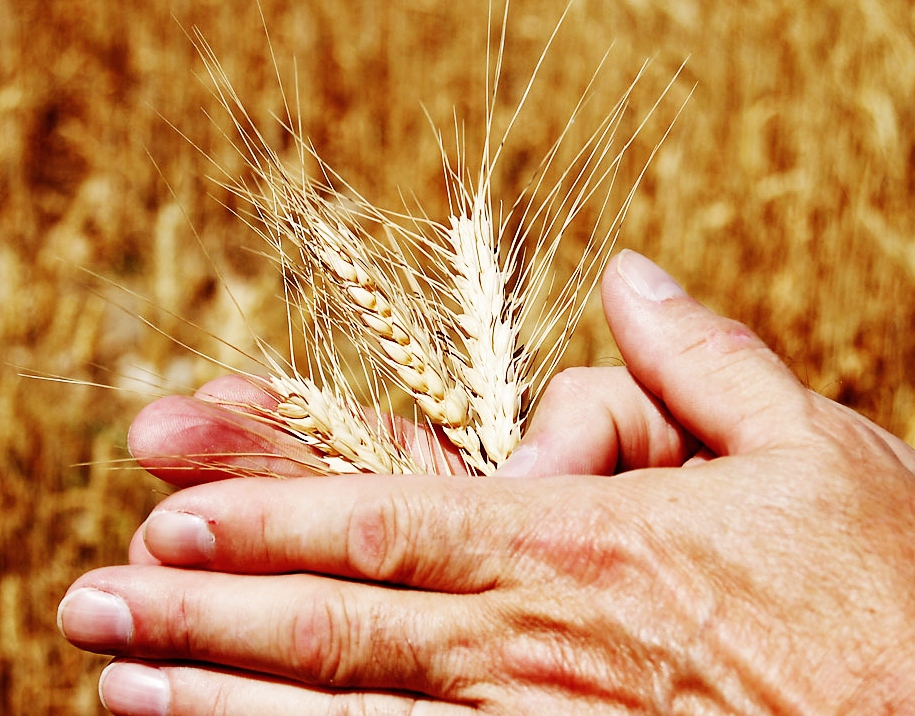 Mark 2:23-28
23 And it happened that He was passing through the grain fields on the Sabbath, and His disciples began to make their way along while picking the heads of grain. 24 The Pharisees were saying to Him, “Look, why are they doing what is not lawful on the Sabbath?” 25 And He said to them, “Have you never read what David did when he was in need and he and his companions became hungry; 26 how he entered the house of God in the time of Abiathar the high priest, and ate the consecrated bread, which is not lawful for anyone to eat except the priests, and he also gave it to those who were with him?” 27 Jesus said to them, “The Sabbath was made for man, and not man for the Sabbath. 28 “So the Son of Man is Lord even of the Sabbath.”

As Jesus continues to teach His disciples how to live in the Kingdom of God while challenging common religion, we encounter the topic of the Sabbath.  The Sabbath is a very important topic for God.  He created it so that man can rest in Him.  The institution of a Sabbath isn’t just so we have an excuse to do nothing for a day each week, but a time of repose to trust God has everything under control.  These periods of rest are viewed as a spiritual discipline of “letting go and letting God,” recognizing that He doesn’t need us in order for the world to continue spinning and everything to go as planned.  It isn’t just a commandment or a necessity because humans need rest, it is an opportunity to grow spiritually.

The Pharisees clearly missed this point.  The Jewish religious elite created a hard set of rules (as well as a convenient set of exceptions so as to do what they want without “sinning”) that prohibited anything that could be conceived as work.  In the Old Testament, God, through Moses, mandated that the meals for the Sabbath be prepared a day ahead of time so that those who prepared meals wouldn’t have to cook all day on the Sabbath.  In our TV dinner and fast food way of thinking these days, we don’t consider that it literally took all day to prepare three meals for the family. The Pharisees, however, took this a step further and not only created restriction on other kinds of work, but declared it sinful to break these rules.  It is interesting how our self-piety and religion slowly creeps in and distorts God’s original intent, isn’t it?  This is what Jesus was exposing in this conversation.

In 1 Samuel 21, we find the story of David eating the bread in the temple, which was set as holy and untouchable by anyone other than the priests.  What is Jesus’ point in bringing this up?  Why does He say, “Sabbath was made for man,” and not the other way around?  God set aside the Sabbath for us to rest, grow spiritually, trust in God, and be at peace.  It is not made holy by man’s keeping a set of rules, but because God said it was holy and we have the opportunity to rest in this holiness.  As Christians we have changed this day to fall on Sundays in remembrance of Christ’s resurrection, but do preachers and church staff get this day of rest on Sundays?  The point here is that we need to recognize the heart behind God’s establishment of the Sabbath, not try to make it a neat clean equation for us to follow and build our own self-righteousness.  It doesn’t even have to be on a specific day of the week like Saturday or Sunday!  To further emphasize this point, we see that the Pharisees were purposely bending the Law in order to try to confront Jesus.  It was lawful to pick grains from a field to eat but unlawful to harvest it on the Sabbath.  This is the very same twisting of scripture the devil uses to convince us to sin.

Jesus claimed to be Lord of the Sabbath.  What exactly does this mean?  Let us look at Jesus’ words as they are recorded in Matthew.  Remember, Mark collected the information in his book second hand, but Matthew was actually with Jesus when all this happened.  We read the same story in Matthew 12 but with a bit more detail:

[quote]1 At that time Jesus went through the grain fields on the Sabbath, and His disciples became hungry and began to pick the heads of grain and eat. 2 But when the Pharisees saw this, they said to Him, “Look, Your disciples do what is not lawful to do on a Sabbath.” 3 But He said to them, “Have you not read what David did when he became hungry, he and his companions, 4 how he entered the house of God, and they ate the consecrated bread, which was not lawful for him to eat nor for those with him, but for the priests alone? 5 “Or have you not read in the Law, that on the Sabbath the priests in the temple break the Sabbath and are innocent? 6 “But I say to you that something greater than the temple is here. 7 “But if you had known what this means, ‘I DESIRE COMPASSION, AND NOT A SACRIFICE,’ you would not have condemned the innocent. 8 “For the Son of Man is Lord of the Sabbath.” 9 Departing from there, He went into their synagogue. 10 And a man was there whose hand was withered. And they questioned Jesus, asking, “Is it lawful to heal on the Sabbath?”-so that they might accuse Him. 11 And He said to them, “What man is there among you who has a sheep, and if it falls into a pit on the Sabbath, will he not take hold of it and lift it out? 12 “How much more valuable then is a man than a sheep! So then, it is lawful to do good on the Sabbath.”[/quote]

We can better understand Jesus’ point that it isn’t about cutting a day out of our week to suffer through not doing anything (yes, that is how we often view it), it is about enjoying God and His creation.  It is about having peace and tranquility, not ritual and religiosity.  Jesus’ assertion that He is Lord of the Sabbath, aside from probably offending the Pharisees, points out not necessarily that He is God incarnate, but that God gave us dominion as humans over the Sabbath.  It isn’t about us creating rules to follow; it is about us enjoying ourselves.  Much like God made Adam and Eve lords over the Garden of Eden and all of creation, God made us lords over Sabbath.  Remember, it was created for us to master over, not for it to master over us and bind us into a set of rules and boundaries by which we must suffer.  In verse 7 of the Matthew quote above, we see Jesus quoting a passage from the Old Testament in Hosea 6.  It is a passage that reveals the peace, grace, and mercy of God:

[quote]6 For I delight in loyalty rather than sacrifice, And in the knowledge of God rather than burnt offerings. 7 But like Adam they have transgressed the covenant; There they have dealt treacherously against Me.[/quote]

Binding ourselves into the slavery of religious rules is a man made invention inspired by Satan who wants us to be enslaved like himself.  God offers us freedom from religion and the slavery of these things.  He creates for us healthy boundaries so we may live abundantly, fruitfully, and freely from the bondage of sinfulness.  The Sabbath was not made so we can feel guilty for breaking it; it was made so we can live freely within it!  Once we stop putting man’s precepts on God’s principles, we can begin to understand the freedom He has given us to live.