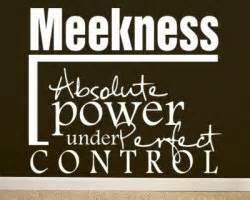 10 For they say, “His letters are weighty and strong, but his personal presence is unimpressive and his speech contemptible.” 11 Let such a person consider this, that what we are in word by letters when absent, such persons we are also in deed when present. 12 For we are not bold to class or compare ourselves with some of those who commend themselves; but when they measure themselves by themselves and compare themselves with themselves, they are without understanding.

The ambiance we are getting here is that Paul’s adversaries are trying to discredit him.  This seems to be an ongoing battle for him as he disciples others; those who do not agree with Paul’s teachings were constantly trying to pull people away from the churches he was planting.  It appears that between his presence and letters there was some sort of incongruence.  But let us remember what Paul said just 3 verses before, you are looking at things outwardly.  These accusers were also looking at things outwardly and were missing the principle of meekness in the Christian life.

In Matthew 5:5, Jesus tells us that the meek are blessed for they shall inherit the earth; sounds like meekness is a quality we should try to embrace.  Even though meekness rhymes with weakness, they should not be confused with one another as they are more like opposites than synonyms.  Meekness is power under control.  Think about it: if you were all powerful wouldn’t it be more difficult to restrain yourself?  We have the ultimate example of meekness in Jesus Christ.  An all-powerful, all-present, all-knowing God restraining Himself in the likeness of one of us to show us the way.  I mean, God breathed everything into existence yet He allowed Himself to be rejected and beaten like a dog.  This is part of the reason why folks don’t believe Jesus is God because it doesn’t connect, just like Paul’s adversaries are saying.  It’s because meekness isn’t a worldly principle, it’s a godly one.

Paul’s passion for God was a burning inferno in his chest.  Everything he did was at full speed and without regret.  He was this way before his conversion and when God opened his eyes to the truth, he continued to be relentless in his pursuit of his relationship with God.  This is the guy who was throwing people in jail and having them executed and now people are saying that his personal presence is unimpressive and his speech contemptible.  Really?  From headhunter to kitten?  This is where meekness comes into play.

Our culture tells us that it is dog-eat-dog and we have to take what we can whatever the cost.  The truth is, however, that this attitude is one of fear, selfishness, and unrestraint.  It doesn’t take much discipline or internal strength for a dog to chase after a squirrel or cat.  But it does take discipline and restraint for that dog to sit and watch and let it get away because it is being obedient.  As Paul says in verse 12, we must stop comparing ourselves to the world and instead compare ourselves to Christ.  It isn’t about winning the human race but instead loving others to death.  It’s about humbling ourselves so other have an opportunity to find out who God really is.

In what areas of your life do you lack restraint?  How have you become subject to comparing yourself with others and trying to get ahead simply for the approval of others?  Are you focused on Christ or human achievement?