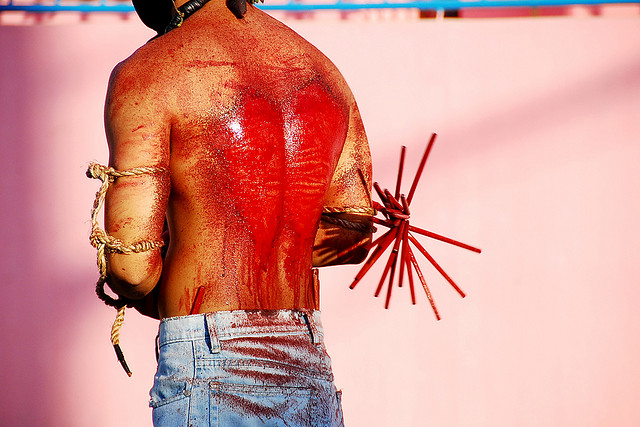 Paul continues talking about sinfulness and how it enslaves us.  It is hard for us to accept that some things, even though “lawful” in our society, aren’t necessarily good for us.  Look at the simple example of alcohol and tobacco.  Does any long term good really come from consuming them?  Yet they are legal.  Paul is exposing our desire to use this as an excuse to justify our behavior such as it was in Corinth.

12 All things are lawful for me, but not all things are profitable. All things are lawful for me, but I will not be mastered by anything. 13 Food is for the stomach and the stomach is for food, but God will do away with both of them. Yet the body is not for immorality, but for the Lord, and the Lord is for the body. 14 Now God has not only raised the Lord, but will also raise us up through His power. 15 Do you not know that your bodies are members of Christ? Shall I then take away the members of Christ and make them members of a prostitute? May it never be! 16 Or do you not know that the one who joins himself to a prostitute is one body with her? For He says, “The two shall become one flesh.” 17 But the one who joins himself to the Lord is one spirit with Him. 18 Flee immorality. Every other sin that a man commits is outside the body, but the immoral man sins against his own body. 19 Or do you not know that your body is a temple of the Holy Spirit who is in you, whom you have from God, and that you are not your own? 20 For you have been bought with a price: therefore glorify God in your body.

I feel like I discuss this too much, however I continue to find it throughout the scriptures.  I believe it is a reoccurring theme because it is what holds us back from living the way we were designed to.  The things we read in the bible about what to and what not to do are not mandates God tries to impose upon us because He has a superiority complex.  He is God; He doesn’t need to feel superior because He is.  Furthermore, since He created us and knows what He created us for, don’t you think He would know how we function best?  Sometimes we use our bodies in a way that gets the job done but it isn’t the most effective, like cutting grass with a machete.  Other times we completely miss the point altogether, like trying to wear a hat as a shoe.  When we are disappointed with the results, then we use the excuse of the creator making a mistake even though we are simply misusing the creation for what it was created for.  Do we complain to the machete company that their tool is ineffective?  Do we write to the hat manufacturer that they make poor shoes?

Paul’s point here is that when we don’t behave in the way we were designed to behave, we are simply abusing ourselves.  It is an inefficient use of our own bodies because we simply were not created to be used that way.  When Paul says “immorality” here, he is referring to sexual perversion (the Greek word porneia).  It is intriguing that the definition we find for the word he used in yesterday’s passage for homosexuality refers to “abusing oneself sexually with another.”  Paul is telling us that even though the Supreme Court decided not to make homosexual unions illegal, it doesn’t necessarily mean it is good for us.  The list that Paul gave us yesterday isn’t to say, “you’re going to hell if you do these things,” rather to say “in doing these things you are betraying yourself and acting outside of your design.”

I’ve read a good number of leadership books that talk about the responsibility of leaders to make sure that 1) their subordinates are in a position to function properly in accordance with their capacity and 2) to facilitate growth in their strengths.  If someone is naturally gifted as a chef, would you but them in charge of the books?  Would you go off-roading in a NASCAR stock car?  These things are seen as misuses and possibly abuse, aren’t they?  Why then do we continue to misuse our own bodies and then try to justify it?  Why don’t we consult and adhere to the instruction manual to achieve maximum effectiveness?  This is why our society is so jacked up on chemicals and activities designed for instant gratification (which never satisfy fully or for very long).  We keep “trying different things” instead of trying the things that we were originally designed to function as.  How are you acting outside of the capacity of your design?  How does this cause you frustration?

1 thought on “Misusing Ourselves”