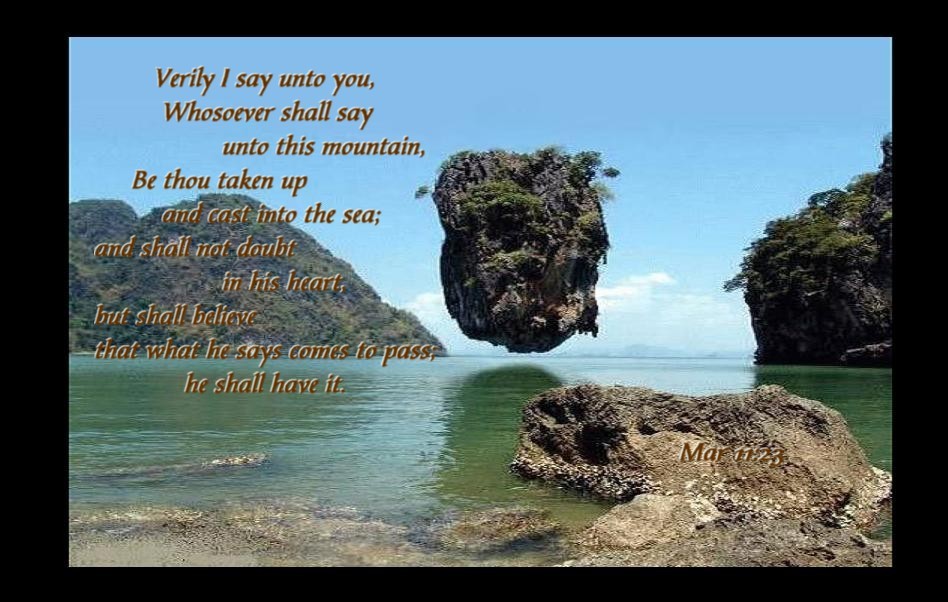 Mark 11:12-14
12 On the next day, when they had left Bethany, He became hungry. 13 Seeing at a distance a fig tree in leaf, He went to see if perhaps He would find anything on it; and when He came to it, He found nothing but leaves, for it was not the season for figs. 14 He said to it, “May no one ever eat fruit from you again!” And His disciples were listening.

Mark’s account of what happened to the fig tree is a bit abrupt, brief, and not descriptive. If we read the account from Matthew, who was actually there when this happened, we see Jesus’ use of this as a teaching moment in Matthew 21:

18 Now in the morning, when He was returning to the city, He became hungry. 19 Seeing a lone fig tree by the road, He came to it and found nothing on it except leaves only; and He said to it, “No longer shall there ever be any fruit from you.” And at once the fig tree withered. 20 Seeing this, the disciples were amazed and asked, “How did the fig tree wither all at once?” 21 And Jesus answered and said to them, “Truly I say to you, if you have faith and do not doubt, you will not only do what was done to the fig tree, but even if you say to this mountain, ‘Be taken up and cast into the sea,’ it will happen. 22 “And all things you ask in prayer, believing, you will receive.”

So what was Jesus’ point in all this? Surely it wasn’t just to say that the disciples could move mountains, was it? The deeper meaning we see here to explain Jesus’ seemingly unreasonable cursing of the fig tree, is to understand that it was hypocritical. Its lush branches full of leaves gave the impression that it was bearing fruit. Yet when He approached to enjoy the fruit that the leaves promised, He came to find it was only a show.

There are two sides to this story and we generally mix them. There is the physical power side and the underlying spiritual meaning side. We look at Jesus’ explanation of being able to move mountains with our faith not as a literal explanation of the power of faith but a figurative one. Yet in seeing the example of the fig tree, we just think that Jesus cursed the tree because He was hungry and it suddenly withered. So let us examine both sides properly.

Spiritual
Jesus’ cursing of the tree was not about food or fruit, but about it’s false representation of itself. When we falsely represent ourselves, we put ourselves in a place of cursing. We read about the fruit of the Spirit in Galatians 5 and want that, so we begin to put on a show as if we do have the fruit of the Spirit. But upon close examination, one can see that we really bear no fruit at all. We actually curse ourselves in this to never bear fruit because we are giving a false representation of not just ourselves, but of God. The cursing comes from Jesus making sure that the tree (us) never give that false impression to lure others in again. In Ephesians 5, the Apostle Paul speaks directly of being careful not to behave this way:

6 Let no one deceive you with empty words, for because of these things the wrath of God comes upon the sons of disobedience. 7 Therefore do not be partakers with them; 8 for you were formerly darkness, but now you are Light in the Lord; walk as children of Light 9 (for the fruit of the Light consists in all goodness and righteousness and truth), 10 trying to learn what is pleasing to the Lord. 11 Do not participate in the unfruitful deeds of darkness, but instead even expose them; 12 for it is disgraceful even to speak of the things which are done by them in secret. 13 But all things become visible when they are exposed by the light, for everything that becomes visible is light.

Furthermore, in speaking of moving mountains, yes, through faithful prayer we definitely can move the obstacles from our lives that are hindering us. Usually, however, these are not external mountains or people standing in the way; they are internal struggles we can overcome by believing that God has deemed us victorious over them. This is what is being taught in James 5:

16 Therefore, confess your sins to one another, and pray for one another so that you may be healed. The effective prayer of a righteous man can accomplish much.

Physical
In continuing what James was saying in chapter 5, we read:

17 Elijah was a man with a nature like ours, and he prayed earnestly that it would not rain, and it did not rain on the earth for three years and six months. 18 Then he prayed again, and the sky poured rain and the earth produced its fruit.

Jesus’ display of power over the fig tree and explanation of our power over mountains wasn’t just an alliteration to spiritual power, but also physical. Jesus wasn’t joking when He said, “If you have faith and do not doubt, you will not only do what was done to the fig tree, but even if you say to this mountain, ‘Be taken up and cast into the sea,’ it will happen.” He was serious and He meant it. Maybe none of us have had need of moving a mountain, but we have yet to hear of someone trying it. Maybe because they haven’t been successful…we don’t even have an account in the bible of the disciples moving a mountain. But, that doesn’t mean that Jesus was lying or it isn’t possible. It is possible as far as we believe. Throughout the bible we have seen people do amazing things with their faith: make it rain, make it not rain, rain down fire, make the sun stand still, part the sea, kill a giant, heal the sick, raise the dead, and much more! So, we know it is possible, but yet we still do not believe.

Why is it so difficult to believe these things are true? Why can’t we believe that these things are possible? What is causing us to stumble? Ironically, our first stumbling block is all the fig trees we have seen from a distance that when we drew near, turned out to be fake. There have been so many false prophets and showmen that we have allowed to take over the scene that we have become disillusioned. Just because someone turns out to be false, it doesn’t mean the real thing doesn’t exist. This is why Jesus cursed the false fig tree, to reveal the importance of exterminating and exposing the fakes because it affects the faith of others.

Have you become disillusioned? Why do you not believe enough to move mountains? 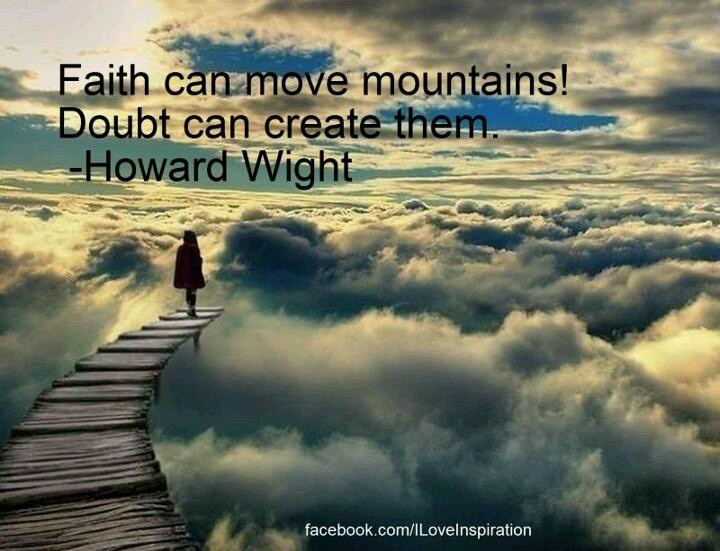