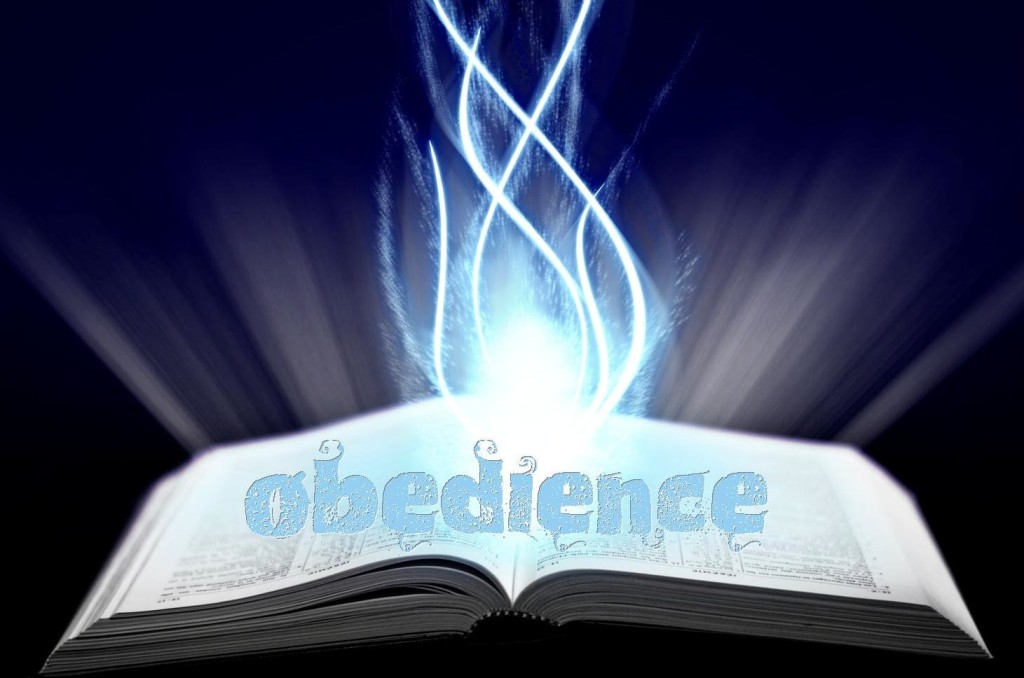 Acts 10:30-33
30 Cornelius said, “Four days ago to this hour, I was praying in my house during the ninth hour; and behold, a man stood before me in shining garments, 31 and he said, ‘Cornelius, your prayer has been heard and your alms have been remembered before God. 32 ‘Therefore send to Joppa and invite Simon, who is also called Peter, to come to you; he is staying at the house of Simon the tanner by the sea.’ 33 “So I sent for you immediately, and you have been kind enough to come. Now then, we are all here present before God to hear all that you have been commanded by the Lord.”

Obedience is a word we generally don’t like.  We think of “obedience training” for dogs or a child that needs to learn obedience.  We think of it as a good thing when we are observing someone being obedient or when someone is obedient to us.  But when we use the word on ourselves, we get a slightly bitter taste in our mouths.  We certainly don’t think much about us as independent adults needing to “be obedient.”  We might even get a recalled memory or two of when we weren’t being obedient and the consequences of our disobedience.  In biblical terms we mainly think of Israel’s disobedience and in shame look at ourselves as disobedient as well.  When will we learn to enjoy obedience?

Both Cornelius and Simon (Peter) were obedient in this story.  We will soon read the consequences of them both being obedient.  If we look at the elements of what occurred, these men really didn’t have any motivation to be obedient.  The angel didn’t tell Cornelius something bad would happen if he didn’t comply, nor was he given an incentive to receive something if he did.  Peter really didn’t have much to motivate him either.  He had just awoken from a trance where he received a message from God, which he was still trying to comprehend, and suddenly he got interrupted by these guys saying he has to go to Caesarea.  In fact, complying with it went against his very moral code, which he was now struggling with.  If it were myself, I might have given them room for the night, but would have just curled up in solitude to contemplate what just happened for a day or two.

Obedience is simple yet so difficult.  We don’t like being told what to do.  For some reason I was just thinking of this yesterday; how many of us have the attitude, “you can’t tell me what to do!”  Imagine someone telling you to do something you really don’t want to do.  Maybe you won’t have a problem doing it, but since it wasn’t your idea, you don’t want to comply.  You’d rather follow through with your current plans.  Now let us reflect upon how many times God calls people to be obedient and do what He wants them to do instead of whatever they had planned.  Abraham, Jonah, Moses, David, Elijah, Saul, Peter…we can see it in just about every single bible story that there is a point where God calls them to prove their loyalty to Him over themselves.  Sometimes we see that these people have to go through many iterations of God calling them to follow His will instead of their own before they finally do it.

Why are we such a stiff-necked people?  We get to see through the millennia recorded in the bible that being obedient to God is the most advantageous thing to do.  Yet we resist because we are afraid to give up control of our own independence.  We are afraid to give someone else power over our lives.  This is the power that sinfulness has over us.  This is why God tells us of the dangers of pride, because we simply refuse to listen to what God commands.  The big problem with this is that we cannot follow our own will and God’s at the same time.  Our relationship with God has to be all or nothing or else we will not experience the greatness of His power in our lives.  We look at spiritual giants like Paul, Peter, and David and think they are just fairy tales that we cannot achieve.  This is where we have been deceived my friends; they aren’t only achievable, it is what God wants for us!  This is why He implores us to abide in Him.

John 15 is a great example of this principle.  Jesus tells His disciples that if we stay close to Him and do what He says, we will realize the very power of God in our lives:

In the Marines, I was taught that discipline is, “immediate obedience to all orders without question.”  In order to be a disciple, we must be disciplined.  In order to be disciplined, we must be obedient.  In order to be obedient, we must comply with what the Commander tells us to do, even if we don’t like it or don’t want to do it.  In today’s competitive world, we all want to be leaders.  But, we forget one simple principle, “a good leader is a good follower.”  We cannot lead others to Christ if we are not ourselves following Him.  The great spiritual leaders we read about in the bible weren’t leaders on their own accord; they were great followers of Jesus Christ and as a result were able to lead many others to Him. 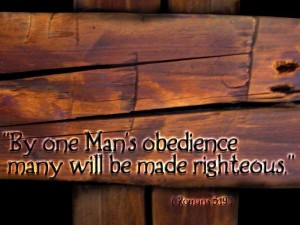 Check out this neat video by Francis Chan about what it means to be a follower.