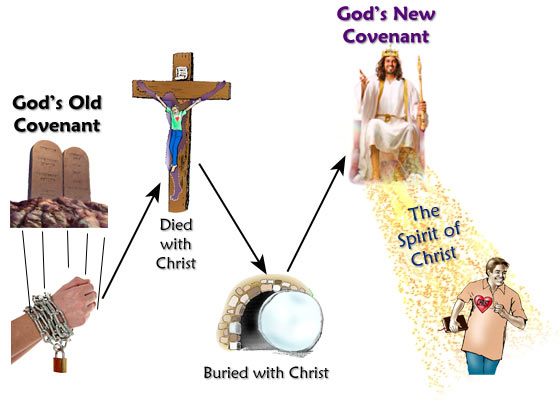 This is an excerpt from the book of Jeremiah (chapter 31), a prophet from the Old Testament.  It comes right after God explains how He plans to restore Israel after they had fallen away and were dispersed throughout the nations for their disobedience.  Why did the author of Hebrews put it here?

8 For finding fault with them, He says,

When I will effect a new covenant

9 Not like the covenant which I made with their fathers

On the day when I took them by the hand

To lead them out of the land of Egypt;

For they did not continue in My covenant,

And I did not care for them, says the Lord.

After those days, says the Lord:

I will put My laws into their minds,

And I will write them on their hearts.

And I will be their God,

And they shall be My people.

11 “And they shall not teach everyone his fellow citizen,

And everyone his brother, saying, ‘Know the Lord,’

For all will know Me,

From the least to the greatest of them.

12 “For I will be merciful to their iniquities,

And I will remember their sins no more.”

13 When He said, “A new covenant,” He has made the first obsolete. But whatever is becoming obsolete and growing old is ready to disappear.

We just finished reading about the need for the New Covenant in Christ because the old didn’t save nor bring anyone closer to God, in fact it drove the Jews farther from God.  It is hard for us to fully understand why God chose to do it this way, but we can see that The Law revealed our iniquities and shows us why we need God to intervene.  So, let’s look at this and see how life is without God.

We are unfaithful.  We read here how God rescued Israel from the slavery and bondage of the Egyptians and they continued to turn their backs on God and even whined about preferring to return to slavery instead of continue in God’s will.  How often do we do this today?  God provides for us through innumerable ways yet we keep turning back to the bondage of sinfulness.  He provided a way out for us, not just the freedom but the power to remain free, yet we keep looking back saying, “those were the good old days.”  What does God say about this? I did not care for them.  How frustrating would it be to you if you helped someone out of a tight situation and instead of utilizing it as a starting point towards a new life they just turned right back from where you rescued them?

Yet God is more faithful than we are.  God loves us more than we can imagine.  God has had a plan set in place since before the earth had form and the sun shined upon it.  In Philippians 2 we read: 9 For this reason also, God highly exalted Him, and bestowed on Him the name which is above every name, 10 so that at the name of Jesus every knee will bow, of those who are in heaven and on earth and under the earth, 11 and that every tongue will confess that Jesus Christ is Lord, to the glory of God the Father. God continues to reveal to us His glory, His majesty, and His sovereignty.  He has given us the gift not only of freedom from sinfulness, but the power to overcome it and the ability to have an everlasting relationship with Him.

By making the old covenant obsolete, God turned the focus of man from his iniquities to focusing on God.  The Pharisees are a prime example of people worshiping the commandments of God instead of the God who made them.  Instead of us focusing on what we shouldn’t be doing (as the world continuously does), we should instead put emphasis on what we should be doing.  In racing, they coach the driver not to focus on the wall or the cars beside them, but the hole through which they intend to drive.  By focusing on the obstacles or boundaries around them, they will naturally tend to drift into them and crash.  But if we stay focused on the goal, if we stay focused on Christ, it will be much easier to avoid crashing and reaching the goal that was laid out before us.