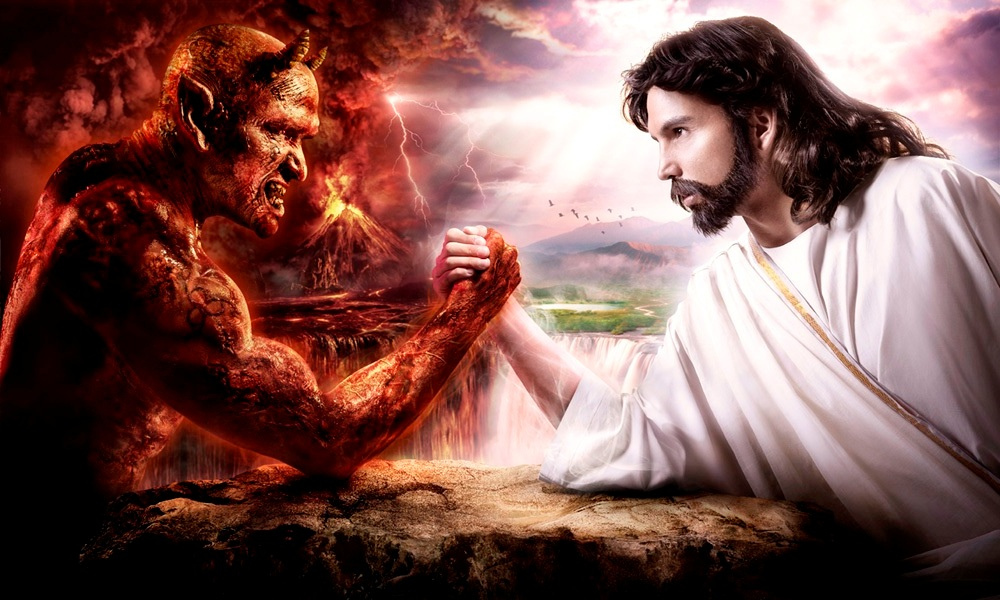 Acts 13:4-12
4 So, being sent out by the Holy Spirit, they went down to Seleucia and from there they sailed to Cyprus. 5 When they reached Salamis, they began to proclaim the word of God in the synagogues of the Jews; and they also had John as their helper. 6 When they had gone through the whole island as far as Paphos, they found a magician, a Jewish false prophet whose name was Bar-Jesus, 7 who was with the proconsul, Sergius Paulus, a man of intelligence. This man summoned Barnabas and Saul and sought to hear the word of God. 8 But Elymas the magician (for so his name is translated) was opposing them, seeking to turn the proconsul away from the faith. 9 But Saul, who was also known as Paul, filled with the Holy Spirit, fixed his gaze on him, 10 and said, “You who are full of all deceit and fraud, you son of the devil, you enemy of all righteousness, will you not cease to make crooked the straight ways of the Lord? 11 “Now, behold, the hand of the Lord is upon you, and you will be blind and not see the sun for a time.” And immediately a mist and a darkness fell upon him, and he went about seeking those who would lead him by the hand. 12 Then the proconsul believed when he saw what had happened, being amazed at the teaching of the Lord.

Generally when we think of spiritual warfare, we consider it something that happens within our heads and hearts.  We recognize the spiritual influences around us and stay focused on God.  In this passage, however, it is a confrontation with another person directly.  God uses the opportunity to reveal His power to the proconsul and show him that the Kingdom of God is not just an invisible spiritual realm that they talk about, but something that has influence in this world.  He had heard about the miracles and wonders the disciples were performing but wanted to see it for himself.

Here we see the first mention of Saul’s other name, Paul.  It turns out that in that time, people had two names and the one they used was dependent upon their audience.  In Paul’s case, it was his Roman name whereas Saul was his Hebrew name.  Bar-Jesus also had this dual name issue as we see here.  Paul went on to preach to the Gentiles, so he is more known by his Gentile name throughout the rest of the New Testament.  I always thought it was a result of his conversion to Christ, but turns out it was just a cultural element of the time.

We must pay attention to how Paul dealt with Elymas.  He didn’t punch him in the face or call the cops on him.  Paul dealt with him with the leading of the Holy Spirit.  This is crucial because we don’t seek out the Holy Spirit’s leading when we are upset and in a confrontation.  But Paul, filled with the Holy Spirit spoke and acted.  This is how God wants us to operate.  This is how God desires us to be guided in our interactions, with His Spirit.  The reason is that our human emotions do not guide us through rational thought nor do they serve God very well.  The Holy Spirit, however, guides us in making decisions in accordance with His will.

How often do you seek God’s will and the Spirit’s guidance in difficult situations?  When our emotions start making decisions for you, do you stop and ask for God to show you the way?  Being one who jumps into the fight, this is a difficult way for me to behave.  It is easy for us to look at the words in verse 10 and imagine the zeal and anger of Paul, but these words are straight from the Holy Spirit, not himself.  Interestingly, Luke records this event as “the teaching of the Lord.”

The proconsul wanted to learn about God and hear more of The Word.  Paul and Barnabas went to share it but instead of them sitting down for coffee and having a nice conversation, this magician shows up making a scene.  Paul, with the guidance of the Spirit, rebukes the man and suddenly the proconsul believes.  Do we notice what happened?  God’s word was revealed to the proconsul by Paul’s following of the Spirit and the interaction with the magician.  The question is: what was the lesson or “teaching” that the proconsul learned?  It was the reality and power of the Kingdom of God.

Too often we think that teaching is sitting in a sermon on Sundays or bible study on Wednesdays.  These are necessary and very useful.  But, let us not limit our thinking that “teaching” is about the exposition of scripture.  It is the revelation of God’s Kingdom to the world.  This is only possible by being led by the Spirit of God.  We teach the most powerful lessons by our actions and if we are commissioned to go into all the world and make disciples, this is how we must do it.  I am not saying, “preach the gospel and when necessary use words.”  I am saying, “Preach the gospel using words and actions that back it up.”  If we just talk about the reality of the Kingdom of God, eventually people will stop listening because they don’t see it.  If, however, we focus on demonstrating the Kingdom of God, then people will be more prone to listen to what we have to say.