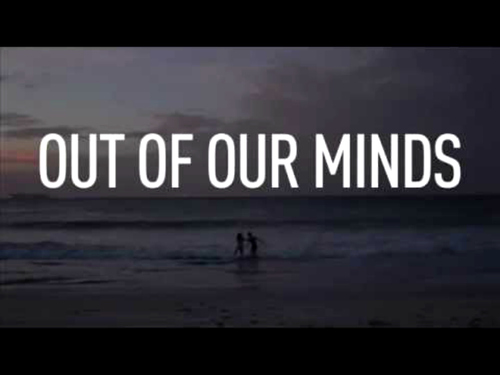 Mark 3:21-35
21 When His own people heard of this, they went out to take custody of Him; for they were saying, “He has lost His senses.” 22 The scribes who came down from Jerusalem were saying, “He is possessed by Beelzebul,” and “He casts out the demons by the ruler of the demons.” 23 And He called them to Himself and began speaking to them in parables, “How can Satan cast out Satan? 24 “If a kingdom is divided against itself, that kingdom cannot stand. 25 “If a house is divided against itself, that house will not be able to stand. 26 “If Satan has risen up against himself and is divided, he cannot stand, but he is finished! 27 “But no one can enter the strong man’s house and plunder his property unless he first binds the strong man, and then he will plunder his house. 28 “Truly I say to you, all sins shall be forgiven the sons of men, and whatever blasphemies they utter; 29 but whoever blasphemes against the Holy Spirit never has forgiveness, but is guilty of an eternal sin “– 30 because they were saying, “He has an unclean spirit.”

The world has a problem understanding how God’s Kingdom works.  This is why it is so difficult for us to fully grasp what it means to live in the Kingdom of God; doing so seems insane to those who do not.  Have you ever belonged to an organization that did things a little differently and therefore caught the attention of others?  Maybe it was your high school football team, maybe it was the military service, and maybe it is just your family!  Just like when the disciples received the Holy Spirit in Acts and the people were saying, “they must be drunk at 10am, because this doesn’t make sense even though they are speaking various languages perfectly,” Jesus baffled the masses with His speaking and actions.  They actually felt bad for the guy!  They thought He lost His mind or He was possessed because He wasn’t making any sense.  He was making perfect sense, the hearers just had to get past the abnormality of it and listen to what He was saying.

Jesus flipped it on the scribes and said, “Actually, you are out of your mind because you are trying to reason in a way that makes no sense.”  When we are confronted with the Kingdom of God, our human mind tries to reconcile what we are witnessing.  Whether it is the casting out of demons, miraculous healing, or simply an explanation of holy text, we are so slow to believe its reality that we would rather come up with crazy illogical excuses to explain it away instead of accept it as real.  What is crazier?  Jesus offers a bit of sobriety, however, in that He explains how speaking against the Holy Spirit is an unforgivable sin.  This was also discussed during our study of Hebrews when we talked about blaspheming the Holy Spirit.

Why does Jesus say this?  He is revealing a sober truth about God’s Kingdom and how we respond to His work.  If we deny and reject and refuse to believe the existence of the Holy Spirit, we will die in our sin because it is only the work of God through His Spirit that you can be redeemed!  Jesus’ “people,” His childhood friends, His 3rd grade teacher, and even His brother James who wrote one of the most impactful books of the bible were trying to drag Him away from the crowds because they thought He was making a fool of Himself.  He revealed, however, that everyone else was being foolish because they weren’t accepting what they were seeing with their own eyes.  They were reasoning with faulty human perspectives instead of realizing the revelation of the Kingdom of God in their midst.  After rebuking the crowd His family shows up and tries to quietly take Him home:

Imagine their shock when He told them, “no, I’m not going home with you and if you refuse to believe me too, then you really aren’t my family!”  Mary might have cried a little, although she has always known He was a bit different and this day might come.  His brothers were probably thinking, “Finally, this guy’s perfection has a flaw!  He’s completely mad!”  But Jesus is exhorting everyone within earshot, not even sparing His own family, to make sure they understand that this was the beginning of a new era.  A revolution against a world of sinfulness was beginning and He was letting everyone know that would listen.  Are you a part of it?