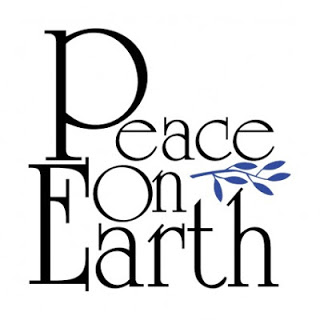 Acts 9:21-31
21 All those hearing him continued to be amazed, and were saying, “Is this not he who in Jerusalem destroyed those who called on this name, and who had come here for the purpose of bringing them bound before the chief priests?” 22 But Saul kept increasing in strength and confounding the Jews who lived at Damascus by proving that this Jesus is the Christ. 23 When many days had elapsed, the Jews plotted together to do away with him, 24 but their plot became known to Saul. They were also watching the gates day and night so that they might put him to death; 25 but his disciples took him by night and let him down through an opening in the wall, lowering him in a large basket. 26 When he came to Jerusalem, he was trying to associate with the disciples; but they were all afraid of him, not believing that he was a disciple. 27 But Barnabas took hold of him and brought him to the apostles and described to them how he had seen the Lord on the road, and that He had talked to him, and how at Damascus he had spoken out boldly in the name of Jesus. 28 And he was with them, moving about freely in Jerusalem, speaking out boldly in the name of the Lord. 29 And he was talking and arguing with the Hellenistic Jews; but they were attempting to put him to death. 30 But when the brethren learned of it, they brought him down to Caesarea and sent him away to Tarsus. 31 So the church throughout all Judea and Galilee and Samaria enjoyed peace, being built up; and going on in the fear of the Lord and in the comfort of the Holy Spirit, it continued to increase.

When Jesus gets a hold of our hearts, people notice the change.  For a while during the process of becoming missionaries, my wife and I discussed sometimes what our old friends might say when they heard that we were going to be international missionaries.  “Yeah, but didn’t you do this and that back in the day?”  It became a topic of worry and discussion because we couldn’t deny the things we had done in the past, nor could we deny that which Christ had changed in us and called us to; but that was it.  That was the point all along.  Jesus doesn’t just change our hearts or free us from sinfulness, He changes our lives completely.  He changes us so that those who knew us before our encounter with Christ will be confused and wonder what happened to us.  This clearly happened to Saul.

In Damascus, people knew that Saul was converted because of the stories told about his journey on the road and the witnesses of Ananias praying over him.  In fact his change was so radical, the Jews wanted to kill him for being a turncoat.  Saul was a champion for the Jews and their cause.  He kept their religion burning and justified.  Then all of a sudden he started proclaiming Jesus as the Christ.  He started talking about the Jews putting to death an innocent man and that he was the Savior they had been waiting for but they missed it.  This was a flagrant challenge to the Jews and it was embarrassing that one of their own seemingly turned on them.  Yet we see a different story as he arrives to Jerusalem.  The last time the disciples saw him, he was standing over the dead body of Stephen nodding in approval.  Now he returns proclaiming Christ.  It seems like a trick just to get closer to the disciples, doesn’t it?  We see again, however, that actions speak louder than words as Barnabas describes what Saul had been doing lately.

This passage closes out in a peculiar way.  This man, Saul, who suddenly switched sides and now who has a bounty on his head is being forced to travel from town to town and he gets the opportunity to share the gospel with more people.  His life is being threatened, yet Luke records, “so the church enjoyed peace.”  What???  How is that possible?  This Pharisee who was going to arrest them all was confronted by Jesus and now is inciting crowds to kill him and they are at peace?  Here’s the key: going on in the fear of the Lord and in the comfort of the Holy Spirit.  When we are in communion with God through His Holy Spirit and are obedient to His will (fear Him), we will be at peace.  It doesn’t matter where you go or what you do, being in the middle of God’s will is the safest and most peaceful place to be.  The word “peace” also means “unity.”  Being at peace in this sense means being in unity with God and with His followers.  Are you living in unity with God today?  If not, this is why you are not at peace.  This is why the chaotic world around you stresses and frustrates you.  These guys were running for their lives but were at peace.  This is peace on earth.  It isn’t that everything is magically going to work the way we think it should: no crime, everyone loves one another, and we sit around singing Kumbaya every night after dinner.  No, “peace on earth” is God’s reconciliation for us so we can be at peace (united) with Him while here on earth.

This might be a Christmas song, but it encapsulates the peace we have in Christ and the reason we have to rejoice in Him!