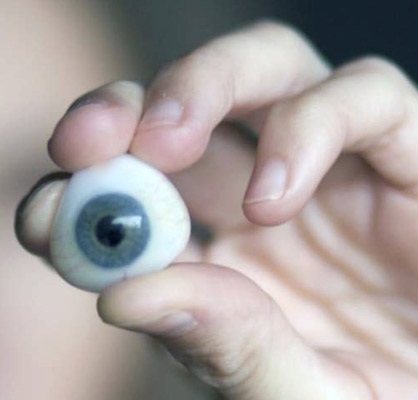 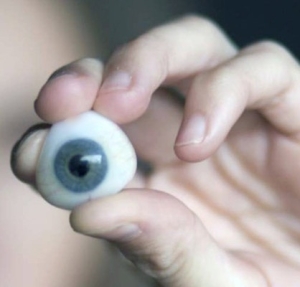 I don’t think we clearly understand the importance of what Jesus is saying here. We might recognize His point, but do we take it as seriously as we should? Would you honestly cut off your hand, foot, or pluck out your eye if it caused you to sin? Would you be that willing to rid yourself of sinfulness or do we just diminish the severity with which He is speaking to His followers? Sometimes we don’t fully agree with scripture, so we “dumb it down” and make it applicable to our lives in a level that we are comfortable with. Matthew recorded this passage a little differently in chapter 18:

Notice how Jesus tells us it is better to enter life crippled then to enter hell with a fully functioning body? Let’s not get confused here, Jesus isn’t talking about the afterlife, He is talking about right here, right now. In verse 49 of the Mark passage, Jesus says that, “everyone will be salted with fire.” This is a peculiar phrase to us; it means that the fire will not consume them. In other words, if we retain the things about us that are sinful, not only will we be “thrown into the fire,” but we will not be consumed and continue to suffer the consequences of our sinfulness. Hell has been likened to a pit of eternal fire. Yet, too often we look at this in the physical sense, not the spiritual sense. Hell isn’t about burning alive for eternity; it is about spending eternity apart from the presence of God. God’s presence is the everlasting peace and goodness of creation. It is what Adam and Eve experienced when they were living in the Garden of Eden. It is what Moses experienced when he was talking with God up on the mountain. It is what Jesus experienced whenever He stole time away from His disciples to pray. It is what the disciples experienced when God poured out His Spirit upon them at Pentecost. It is what we experience when we rid ourselves of sinfulness and instead live in His Kingdom.

We have bought into the lie that heaven and hell is a far off place that we have to deal with once we are deceased. Some of us don’t care, others work their tails off to make sure they can get into heaven and avoid hell. Yet the majority of us continue to live in hell today because we are ignoring the fact that God’s Kingdom is here and now and if we aren’t living in it (ie. His manifest presence) then we are living in hell (ie. the absence of His presence). It is better for us to go without some things in life that may be pleasing to the flesh or mind than live outside the presence of God. If we instead dedicate ourselves to living in His presence and His reign over our hearts, our desire to live with those things that only kill and destroy us will fade away. We will realize that God’s presence surpasses any lust of the flesh. We will understand that our natural state which brings peace is with Him, not on our own in sin. This is why Jesus says to be flavored with the salt of life instead of death and therefore be at peace with one another.

Our sinfulness not only drives us away from God, but also each other. This is an indication that we are living with sinfulness. When our relationships with others aren’t going well, it is because we are sinning against them in some way. We have some sort of angst against them or they have something against us because of something we have done. So then, instead of causing them to stumble in their grievous state and having a millstone tied around our necks (see previous post), or having ourselves living outside the presence of God because of our own pride and selfishness, why won’t we just suck it up and rid ourselves of that which is causing us to sin?