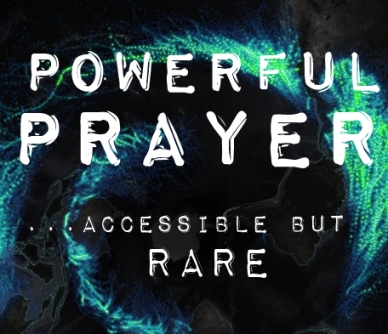 Mark 11:20-26
20 As they were passing by in the morning, they saw the fig tree withered from the roots up. 21 Being reminded, Peter said to Him, “Rabbi, look, the fig tree which You cursed has withered.” 22 And Jesus answered saying to them, “Have faith in God. 23 “Truly I say to you, whoever says to this mountain, ‘Be taken up and cast into the sea,’ and does not doubt in his heart, but believes that what he says is going to happen, it will be granted him. 24 “Therefore I say to you, all things for which you pray and ask, believe that you have received them, and they will be granted you. 25 “Whenever you stand praying, forgive, if you have anything against anyone, so that your Father who is in heaven will also forgive you your transgressions. 26 [“But if you do not forgive, neither will your Father who is in heaven forgive your transgressions.”]

In Moving Mountains, we saw Jesus cursing the fig tree that is now withered up. By simply reading this text, we cannot tell the state of Peter’s emotions when he saw the tree. Obviously he was a bit surprised, maybe thinking that when Jesus first cursed it he was just spouting off like the rest of us do. Peter’s surprise comes from realizing exactly what Jesus did to the tree for its hypocrisy. I don’t know about you, but I would be curious how exactly it happened the way it did! Maybe it is easy for us to see as this is a written account of what happened, but for Peter, he was experiencing this in real time. It’s almost as if as Peter was saying, “Rabbi, look! Did you expect that tree to wither up? I can’t believe it! How did you do that?” Jesus’ answer was simple and profound, “Have faith in God.” Ok, what does faith in God have to do with a withered fig tree?

James, the brother of Jesus, wrote in his letter in chapter 1:

5 But if any of you lacks wisdom, let him ask of God, who gives to all generously and without reproach, and it will be given to him. 6 But he must ask in faith without any doubting, for the one who doubts is like the surf of the sea, driven and tossed by the wind. 7 For that man ought not to expect that he will receive anything from the Lord, 8 being a double-minded man, unstable in all his ways.

When we ask of God, we shouldn’t do it with doubt or unsurety. This is pure faith. This is why it only takes faith the size of a mustard seed to accomplish much. It isn’t about the quantity, but the quality. In Matthew 18 we get the key to this puzzle of faith and asking God for things, because we know that He doesn’t just give us whatever we ask for; it has to be in accordance with His will:

The key is that we need to already be in God’s will and presence. He isn’t talking about going to a casino and invoking the Holy Spirit to help you win before you throw the dice just because you want to give a million dollars to charity. He is talking about living within His will and knowing His will. Being sure in what we ask for isn’t just about trusting that God will give us what we want, it’s about knowing what God wants us to do and then doing it, being sure that He will bless it because we know it is in His will. We get this confused and twist it to fit our desires and needs and neglect that living in the Kingdom of God isn’t about us, it is all about glorifying and honoring God the Father. If what we ask for isn’t what He wants us to ask for, then we won’t get it! This is why in James 1, following up with what we read in verses 5-7, he presents the opposite of being double-minded and reveals to us that we must humble ourselves (i.e. put aside what we want) in order to know what God wants and have the courage to ask for it:

9 But the brother of humble circumstances is to glory in his high position; 10 and the rich man is to glory in his humiliation, because like flowering grass he will pass away. 11 For the sun rises with a scorching wind and withers the grass; and its flower falls off and the beauty of its appearance is destroyed; so too the rich man in the midst of his pursuits will fade away.

If we do not humble ourselves, we will wither up just like the fig tree because whether or not we are trying to follow God and do His will, we are letting ourselves get in the way and wind up being like a leafy fig tree: all show and no fruit. There also is one stumbling block that will absolutely prevent us from knowing God’s will and having powerful prayer: unforgiveness.

We could have the most powerful prayers in the world, the richest faith, and have the closest relationship with God. But, if we have unforgiveness in our heart, our prayers will result in nothing. We cannot receive God’s forgiveness if we do not forgive and without God’s forgiveness, we cannot continue our intimate relationship with Him. If we are not in communion with Him, we cannot know His will and if we cannot know His will, our prayer become powerless and ineffective. In the “physical” section of Moving Mountains, I said, ” Maybe none of us have had need of moving a mountain, but we have yet to hear of someone trying it. Maybe because they haven’t been successful…we don’t even have an account in the bible of the disciples moving a mountain. But, that doesn’t mean that Jesus was lying or it isn’t possible. It is possible as far as we believe.” In understanding where the power for prayer comes from, we can see that mountains haven’t been moved because there has not yet been a need to do it in regards to God’s will and plan on earth.

Where do you fall in this measure of faith today? Would you be surprised the tree was withered? Do you lack wisdom and need to ask God for wisdom without doubting? Do you have unforgiveness weighing down your heart and hindering your intimacy with God? Or have you neglected to seek out His will and instead of asking Him what He wants, you’ve only asked selfishly for what you want?