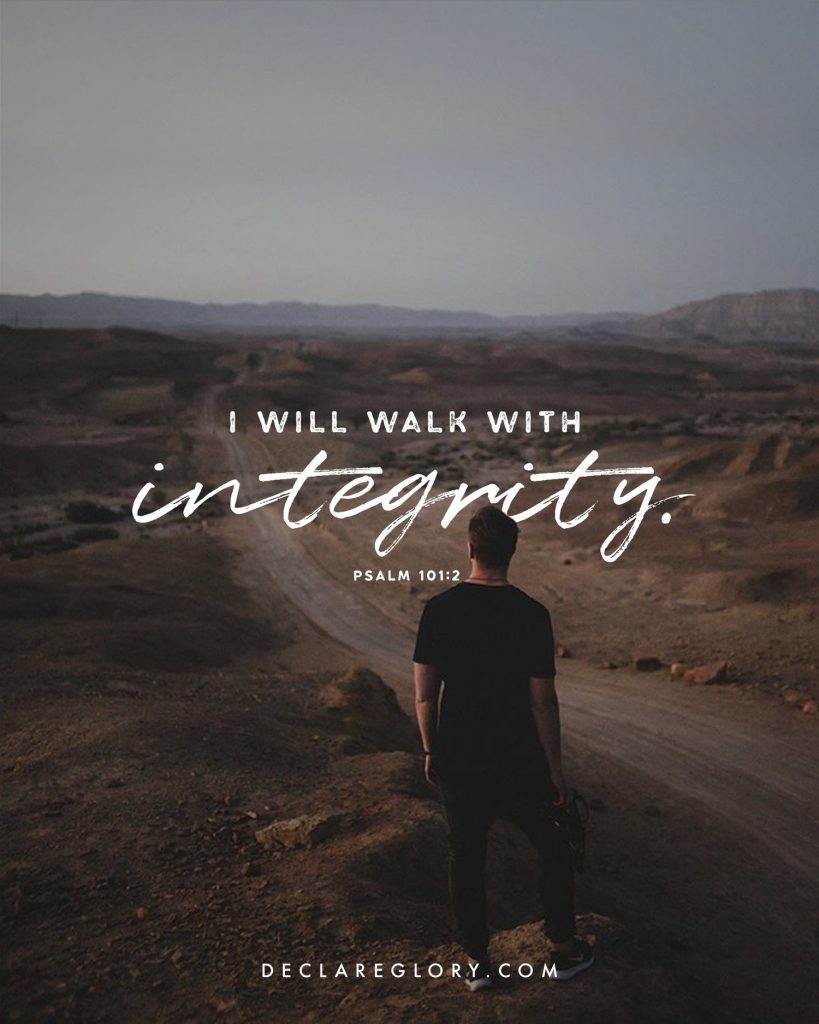 Psalm 101 is attributed to King David.  It is supposed that he wrote this when he was finally established as king of Israel. Recently, a phrase that I often have clung to has been a bit refined by God.  “A good leader is a good follower,” I used to say.  This was a principle taught to me in military boot camp, meant to emphasize that our obedience to orders makes us not only a good follower, but an exemplary leader worth following.  As such, I used to focus on leading by following…with the focus on leading.  I have to follow well in order to lead well.

God’s recent revelation to me, however, has been, “a good follower is a good leader.”  It might seem like simply a question of semantics, but there is a big difference here.  Instead of focusing on how to lead well in one’s followership, we should instead focus on just following Christ and the leadership will fall in line.  Instead of being concerned how to lead well, I should focus on how to follow well.

In this psalm, David as the anointed king chosen to lead and protect God’s chosen people, isn’t really worried about the people at all.  In fact, his preoccupation with honoring God not only in his own life but also as a nation, has him talking about wiping out all those who dishonor God…including those very own “chosen” people!

Psalm 101 comes across as a vow, a promise, a determination to keep God first in all things and honor Him with everything that comes in and goes out of himself and the people.  As a leader, David’s focus should be serving the people, but this does not come before serving the Lord.  To relate this to what I was saying earlier: his main goal was to follow God, not lead others.  His objective was not to protect Israel, expand the kingdom, or make everyone prosper.  His main goal was to honor God with his life and subsequently the kingdom of Israel, even if that meant getting rid of some people who were dishonoring God.

David’s goal was holiness…not in a sinless, perfect way.  Holiness for God was a way to bring Him pleasure.  By being holy, we honor God with our lives.  The thought that, “well, I’m only human,” is a weak excuse to be lazy not to honor God with our everyday living.  Would you be so bold as to take David’s words in this psalm as your own?  How would you need to change your life to honor God more?