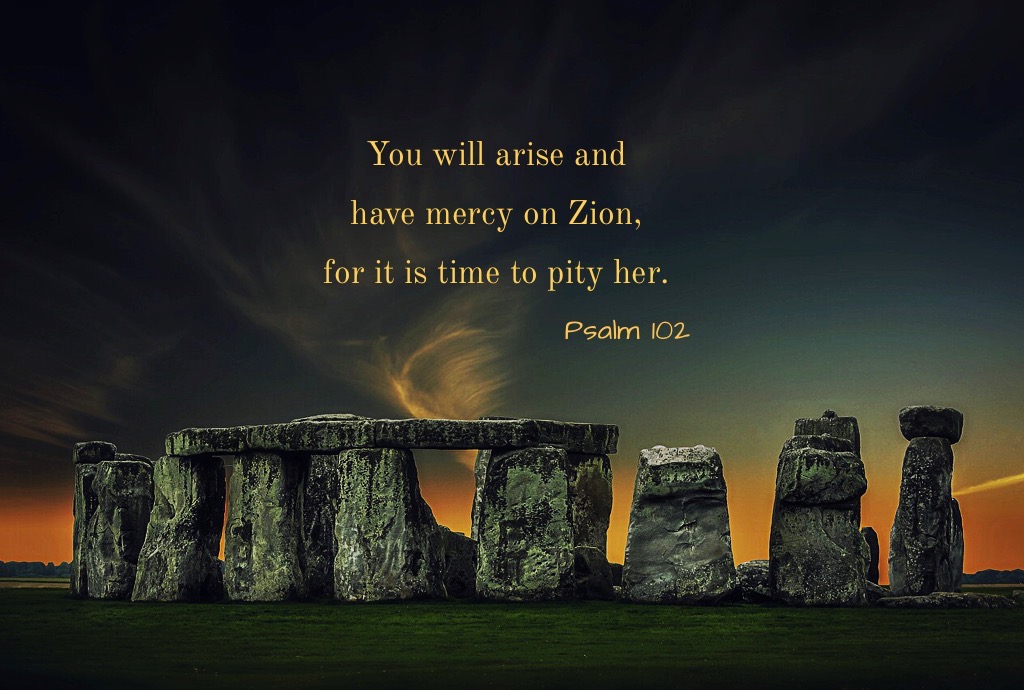 Have you ever written a lament?  Have you seriously and honestly just opened up to God about what is troubling you?  I encourage you to do so.  It is quite freeing! The Author of this psalm is unknown, but it is speculated to have been written after the destruction of Jerusalem and during the 70-year Babylonian captivity.  What is interesting to me is that the Babylonian captivity of Israel was the least vicious in Israel’s history.  They were treated quite well and cared for!  Especially after Daniel and his friends defied Nebuchadnezzar and proved the God truly is the only God worth worshipping.  This is where the second half of the psalm comes in.

While the psalmist laments, cries out to the Lord, and asks for mercy, he also recognizes God’s sovereignty.  I believe this is crucial to understanding who God really is.  Yes, because of Jesus we can have a relationship with Him.  His grace, mercy, and love for us allows us to enjoy His blessings.  But He is still GOD!  He still has the power to do whatever He wishes and does not ask man or woman for their opinions in the matter.

Given the worldwide pandemic we have been sludging through for well over a year now, I am learning to embrace Job 13:15 all the more:

Though He slay me, I will hope in Him. Nevertheless I will argue my ways before Him.

Job recognizes God’s will and purpose above his own.  He understood God’s perfect ways, even if they don’t match our ways.  As many folks have said before, “it’s ok to be angry with God, He can take it!”  In fact, I think He prefers we voice our opinion and have the boldness and confidence in our relationship with Him that we are honest with him and stop pretending that everything is ok and we are being perfect little Christians.  He knows the truth anyway!  I’ve said to a handful of my close friends in the past, “I am here for you, even if you just need someone to scream at our swing at to get it out of your system.”  How much more can the Creator of the universe take it?  He has people that hate Him doing all sorts of things against Him anyway.  He’s had mankind turning his back on Him since the beginning of time.  He loves us so much that He is willing to hear our cries and frustrations.

The hard part is accepting that He let it happen.  That He is in ultimate control but according to our little puny worldview, He isn’t doing it right.  “How can a good loving God…” fill in the blank with whatever your complaint is.  The real answer, the one we don’t like because it messes up our theology, is that “because He can” and “because He knows better than us.”  Recently in the northeast, we were hit with the remnants of Hurricane Ida and many folks suffered from immense flooding in their homes.  A few days later I was driving across the Susquehanna River and looked out and was amazed at how high the river was.  Then it occurred to me: we were complaining for two whole years that the river was too low and we prayed as a state for more rain to come.  Now the river is up and it would be too easy to complain that we got too much water, completely forgetting about the water we so desperately asked for!

Yes, this time in world history is difficult all around.  Not just the pandemic but an overall crime against humanity.  Despite the chaos around us and the increasing changes to our own liking and comforts, there is but one thing that remains, and that is the Lord our God and His love and goodness to us.  Let us not be deceived by the pain and frustration, but stay focused on the The One who is in control of it all despite how we feel about it!