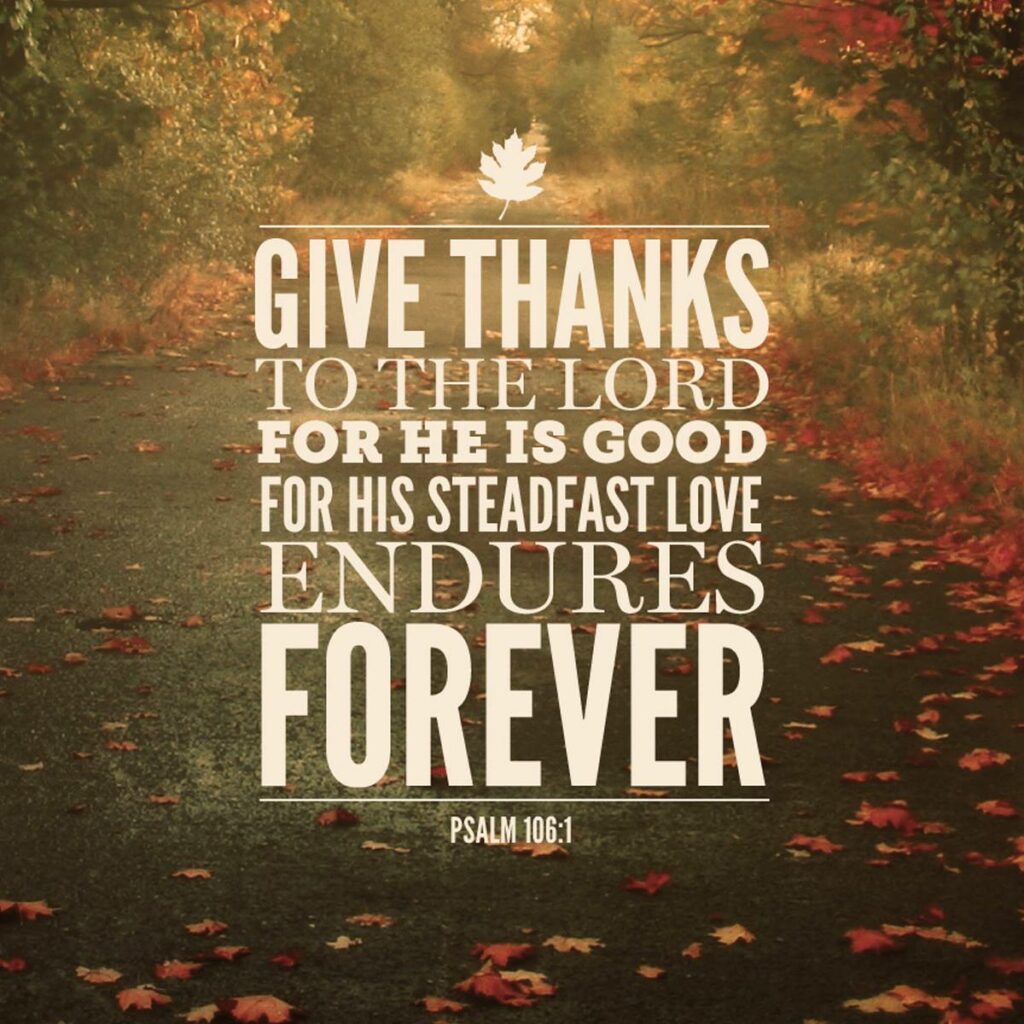 When I read through Psalm 106, one word resonates in this quick recounting of Israel’s history: grace.  If ever there was a passage in the bible to explain what God’s grace looks like, this is it!

Grace is God parting the Red Sea and killing the Egyptian army despite Israel’s fear and thoughts that God led them out to the wilderness to die like wild beasts.

Grace is God giving Israel what they wanted in the desert, even though it came with a consequence.  There was a lesson to be learned through their unfaithfulness.

Grace is God consuming the insurrection against the leaders He had appointed to lead the nation to the Promised Land.

Grace is God appointing said leader to stand as an intercessor between them and God when they started worshipping the golden calf (imagine how Moses felt when he was spurred on to do so just after they wanted to kill him!).

Grace is God allowing the plague to torment them as they worshipped other gods and ate sacrifices offered to dead spirits.

Grace is healing from the plague that was the result of their unfaithfulness.

Grace is providing water at Meribah even though they deserved to die.

Grace is allowing them to be consumed by their lusts so they may learn what it is like to live outside of the glory of God Himself.

Grace is delivering them every time they repented because they certainly did not deserve it.

Grace is giving them favor in the eyes of those who ruled over them.

So now, how has God been gracious to you?  How has He, even though your own struggles and turmoil, shown you grace so that you may grow nearer to Him and learn how to trust Him?  What events in your life have you seen as a curse that was actually a gracious act by our Savior?  May the end of this psalm ring true for all of us today:

47 Save us, O LORD our God, And gather us from among the nations, To give thanks to Your holy name And glory in Your praise. 48 Blessed be the LORD, the God of Israel, From everlasting even to everlasting. And let all the people say, “Amen.” Praise the LORD!