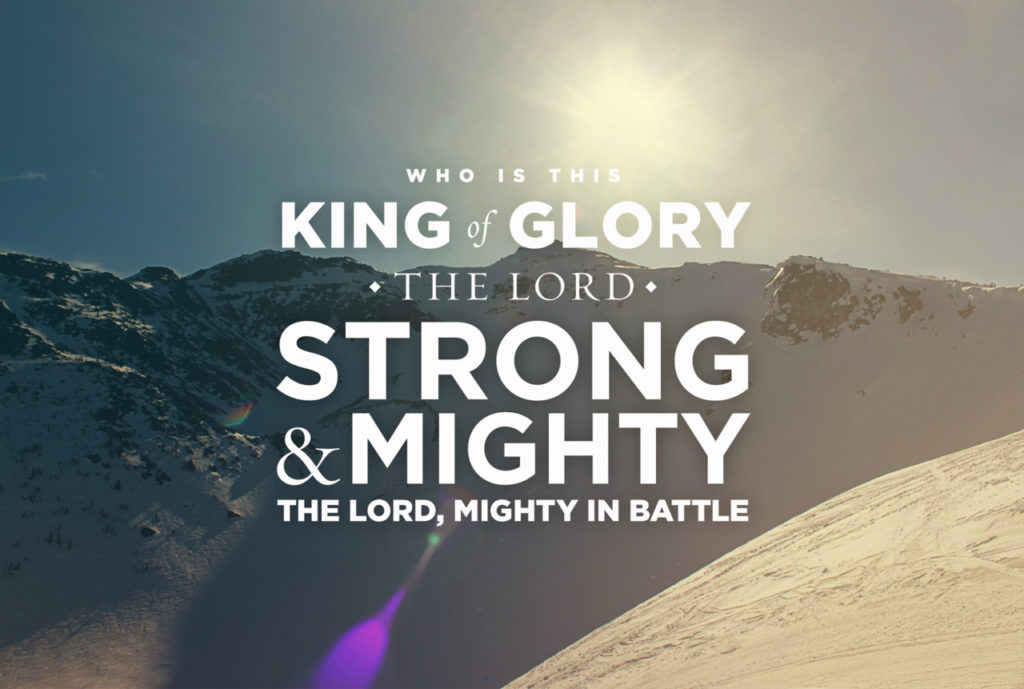 This psalm is said to be one that David sung when they were carrying the Ark of the Covenant to the sanctuary.  It could have been used during certain festivals of the Jewish tradition.  Jewish scholars interpret verses 7 and 9 to be talking about the temple gates, both actually and prophetically.  While actually, it would be part of the procession into the temple, they also see it to be a prophetic hymn that spoke of when Solomon would rebuild the temple.  Let us, however, look at this psalm spiritually, which in the Christian sense is most beneficial to us.

In the first half of this psalm, David worships God for His majesty and power as revealed through the wonder of His creation.  Part of this wonder is how David compares God to man, and man’s unholiness.  It is important to remember the purity and holiness of the Lord.  When we pause to think about who God is, we cannot forget that He is everything.  He is pure.  He is just.  He is right.  He is holy (without fault).  This kind of purity literally abolishes anything unclean in its sight.  Imagine the most powerful bright and “clean” light you can think of.  It literally destroys any darkness that tries to come near it.  This is our God.  I think sometimes we get upset with God because we have to be pure in order to draw near to Him.  It isn’t a punishable condition He has set for us so that we feel abandoned or far from God.  Rather, it is who He is.  Would you want to serve a god that is anything other than this pure and majestic and holy?  In verse 5, David says that as a result of God’s salvation (because we cannot become holy on our own), we will then be able to enter into His presence and be eternally blessed by it.  He clothes us with righteousness so we may live in communion with Him.  Not only is God holy but also compassionate to us!  Yet, we have to want it.

In verse 6, David mentions Jacob, who in Genesis 32:24-31 “wrestled with God” because he wanted God’s presence to be with him.  In reading the story we know Jacob says, “I will not leave until you bless me.”  Jacob walked away with a limp but was blessed from that point forward with God’s presence.  Will you wrestle with God?  Will you seek His presence that hard?  How bad do you want it?

The rest of the psalm talks about the King of Glory and the opening of doors and gates.  As mentioned before, scholars believe this was in reference to the gates of the temple to allow the Ark of the Covenant, where God’s presence was manifested for Israel, to enter and rest inside.  Yet now, this temple is no longer a building but our very own hearts!  What David was singing about in the first half of the psalm about having clean hands (being pure in deed) and a pure heart (being righteous in our motives) are the very gates and doors that open to let the King of Glory enter and rest inside the temple of our hearts.

I’ve wrestled for a long time with what seems like a contradiction that we find in verses 8 and 9.  If God is the King of Glory who is strong and mighty, then why do we have to “let Him in”?  If He wants to rest in our hearts, then why doesn’t He just kick down the door and enter?  This is where the concept of “free will” comes from.  God grants us salvation.  He gives us the key to unlock the door to our hearts and makes it possible for us to survive in His presence and maintain a relationship with Him.  But, a relationship takes two working parties to do their part.  He invites us into relationship with Him but we also have to in response seek His face (v. 6).  Would it seem like a loving and worthwhile relationship if you were forced to be in it?  Does a successful marriage result in one person enslaving the other against their will?  Or is there a mutual love and affection that grows as the two willingly participate in the relationship over time?  He did His part, now we must do ours.