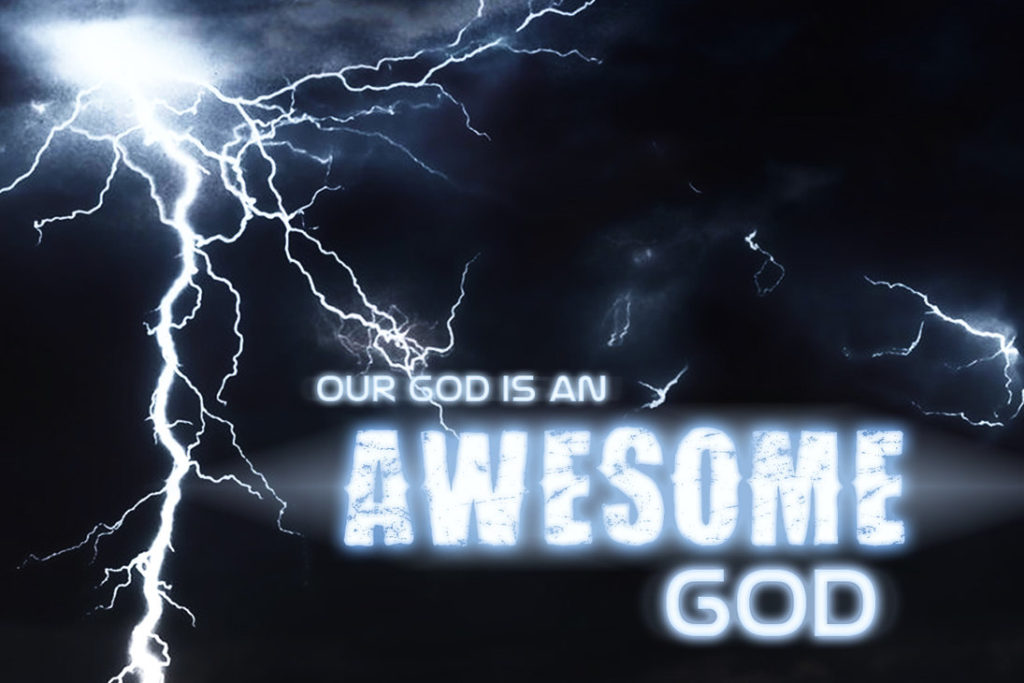 In Psalm 29 we discover a different kind of worship from David.  Many of the psalms until now have talked about God’s love and strength during difficulties.  In this psalm, however, we see David simply worshipping God by describing (or attempting to put into words, rather) how awesome He is.

The word “ascribe” which is used in the first few verses comes from the Hebrew word yahab which comes from the root usage of “to give” and in this sense “to give glory to, to glorify.”  So, David here is calling us to give God the glory and recognize His awesomeness. We should worship Him with what He is due, which is everything since He is so mighty and awesome and creator of all things.  To explain God’s awesomeness, David creates some imagery to help us understand how mighty God is:

Cedars of Lebanon
Lebanon is known for its great cedar trees.  Not only are they big and strong, but anyone who has ever tried to move a cedar chest will tell you that “cedar is not easily moved.”  Yet God, in all His majesty and power, can make them splinter and “skip” with just the sound of His voice.  Sirion, also mentioned in verse 6, is a large mountain that sits on the edge of Lebanon in Judea.

Flames of Fire
There are multiple ways to look at God’s voice as flames of fire.  His Word edifies and refines (like impure metal in a fire). It also cuts us to the heart and reveals with light that which is in the darkness.  We also know that on the day of Pentacost, the Holy Spirit imparting His gifts sat upon the heads of the disciples as tongues of fire.

Shakes the Wilderness
The thunderous boom of God’s voice, which in other places of scripture we know would simply destroy a man, shakes even the thickest of forests to the bone.  Kadesh is a famous “wilderness” as it was a difficult spot of battle for Israel as they were moving in to conquer their Promised Land from the Canaanites.  In a spiritual sense, the wilderness is also referred to as the “unsaved world” and we all know that Jesus has overcome the world and through His crucifixion shook it up.  In the imagery of this, I am thinking about what it looks like when an artillery round impacts.  There of course is the explosion at the center of impact, but the ground ripples out from the center.

The Deer Calves
I had to look this one up, but some of you who know more about animals might understand this better. Thunder aides in the birth of deer calves.  Most births are noted to occur during times of thunder.  Also, other timid animals such as sheep might prematurely give birth as a result of tremendous thunder.  Imagine a force rippling through the land so powerful that it would make those who are pregnant instantly give birth!  The rest of this verse (9) talks of the leaves being stripped bare of the trees and in response everyone worships God for His mighty power.  As Paul writes in Philippians 2:

9 For this reason also, God highly exalted Him, and bestowed on Him the name which is above every name, 10 so that at the name of Jesus EVERY KNEE WILL BOW, of those who are in heaven and on earth and under the earth, 11 and that every tongue will confess that Jesus Christ is Lord, to the glory of God the Father.

When His presence is fully revealed, His awesome wonder can only be responded to in one way: recognition and awe.

King at the Flood
This is a direct reference to the great flood during Noah’s time.  Why is this significant?  David is reminding us that He was in complete control of that tumultuous time in history.  Not just over the waters that were cleansing the earth but also everything that occurred leading up to that point.  We must remember that God is in control of everything, even when it looks like He has lost the battle.  Jesus has already overcome!

These fearful images and references might give us pause as to what we think about God.  Proverbs 1:7 reminds us:

The fear of the LORD is the beginning of knowledge; Fools despise wisdom and instruction.

When we recognize the greatness of God, although we will never be able to fully comprehend or understand it, we are able to begin understanding who we are.  Despite these fearful things that David mentions in 10 verses, he reminds us in the final verse that God is not only omnipotent, but also that He loves us.  In our fear of Him we find peace and comfort.  This might not make complete sense in human terms, but in God’s Kingdom, our victory is found in surrender and recognition of the King.  He will bless His people with peace, a peace that surpasses all human understanding.