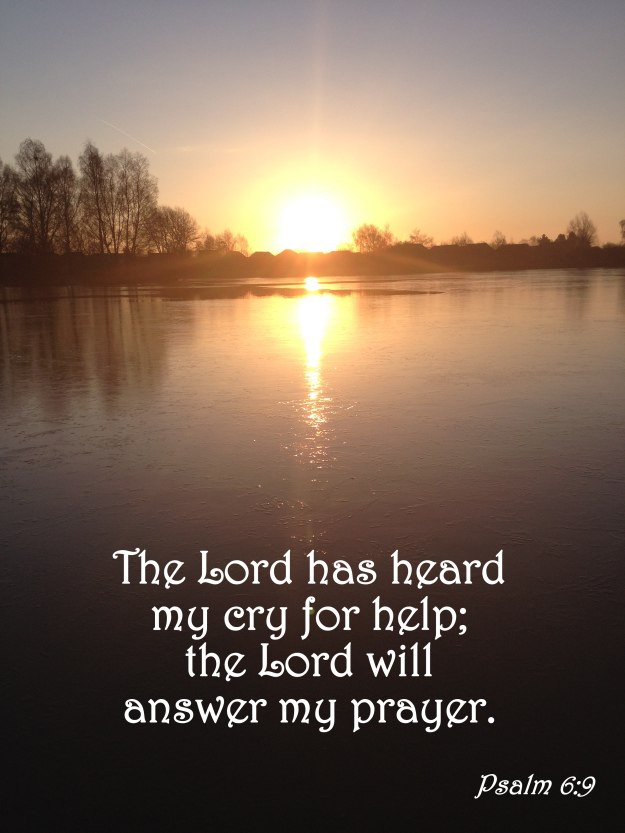 Have you ever felt so broken and beaten by your own bad choices that you just couldn’t handle any punishment that comes after it?  E. Stanley Jones in his book The Unshakeable Kingdom and Unchanging Person talks about sin bringing about it’s own punishment.  Sin isn’t just a list of things we shouldn’t do because God says so.  Sin are things that hurt us and draw us away from God.  We punish ourselves by sinning.  We bring judgment upon ourselves when we sin.  We don’t need someone else to tell us we sinned nor do we need to be punished for sinning because sin itself carries its own negative consequences.

In this Psalm we see David asking for mercy from God.  He recognizes his sinfulness and begs God not to punish him because he simply would not be able to withstand any type of wrath God would dish out in response to disobedience.  Imagine a child that touched a hot stove and burned himself.  Would you also smack his hands to teach him a lesson or has the lesson already been taught?  David is repenting in recognition of his sinfulness.  He is in anguish over the wrong choices he made.  He knew better and so do we.  As children of God we cannot use ignorance as an excuse to sinfulness because we have the Spirit of Truth living inside us that reveals to us what is right and wrong.  We can ignore it, sure, but it is there nonetheless.  David knew the truth and he defied it anyway, giving in to the lust of his flesh.  We are warned about this in James 1:

13 Let no one say when he is tempted, “I am being tempted by God “; for God cannot be tempted by evil, and He Himself does not tempt anyone. 14 But each one is tempted when he is carried away and enticed by his own lust. 15 Then when lust has conceived, it gives birth to sin; and when sin is accomplished, it brings forth death. 16 Do not be deceived, my beloved brethren.

Many times in the court room the accused knows they did something wrong.  Maybe there were other consequences they suffered as a result of what they did.  When they talk to the judge working on a plea deal, these extra circumstances are taken into account and used as a way to convince the judge that they have learned their lesson.  There is one difference between a worldly courtroom and God, however.

Starting in verse 8, we see David’s confidence in God’s mercy.  After asking for mercy from his Heavenly Father, David rebukes those who are possibly laughing at him or criticizing him.  In other words, he is telling them, “Only God can judge me!”  Not only can God judge him, but God will have mercy upon those whom He will have mercy.  He has mercy upon His beloved.  He hears our supplication and receives our prayers.  Our enemies will see that God is not only a God of vengeance and wrath and justice but also of love, mercy, and longsuffering with us who are constantly letting Him down.

Despite our brokenness, He loves us anyway.

Despite our constant sinfulness, He loves us anyway.

Despite our disobedience, He cares for us anyway.

Despite our sinfulness, He protects us anyway.

Despite our frailty, He saves us anyway.