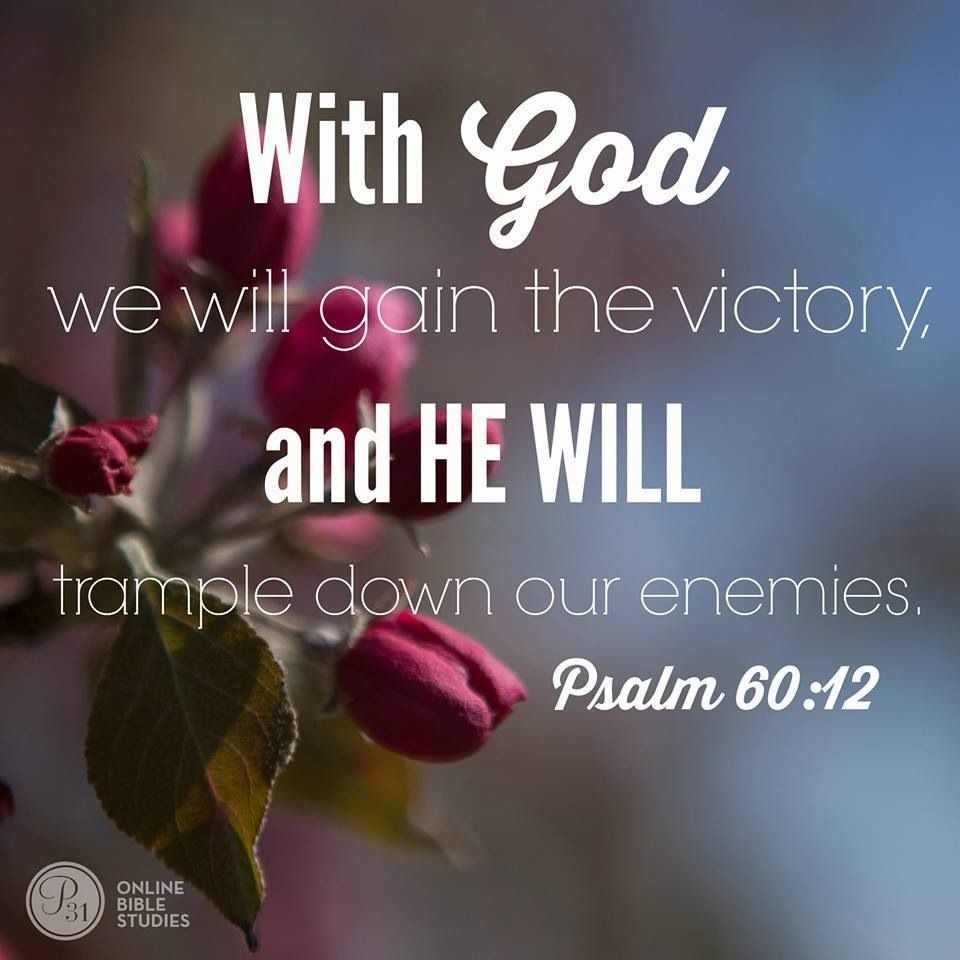 Have you ever had to learn a lesson the hard way?  Have you ever been brought to your knees to ask for mercy?  Psalm 60 is written by King David to teach the people. This is why upon first reading it might seem a little confusing.  It is because the language is geared towards a remembrance and lesson to those singing it. Songs were used to teach and help people remember.  It’s much easier to recall a catchy tune than it is to regurgitate memorized information, is it not?  This was the point.

This psalm is used by historians to trace back and reconcile some of Israel’s history but is purposed to remind God’s people of His discipline and the consequences of their sinfulness, God’s greatness and deliverance, and a renewed assertion that when God is for us, who can stand against us?  However, we must remember that if we are sinning against God, He will not stand for us…at least not in the worldly sense.

With all of the school shootings over the past years there has been outcry against God saying, “why would you allow this to happen?” yet all the while we have removed God and prayer to Him from schools.  How much worse must it get before we invite Him back into our lives?  Some may argue against this and it’s ok, but there is certainly a correlation.  Now let’s take it a step further into our personal lives.  How can we blame God for the bad things that happen to us when we have dropped the ball on personal responsibility?

I think part of the problem we have is our view of who God is and how He operates! Yes He is loving and merciful but how often do we expect mercy and don’t even ask for it?  Mercy isn’t deserved, so I’m not even going to say we “deserve” it. Simply put, we all deserve death for “all have sinned and fall short of the glory of God” (Romans 3:23).  Notice in verse 6 that when God’s people return to Him, they begin to remember His promises, then live into them.  They trust God’s word and begin living “as if,” even though their current circumstances don’t seem to reflect what He said.

They then begin to realize that only with God in their lives can they see the fulfillment of His promises.  It’s not like God says what’s going to happen and what they need to do to achieve it then they just go their own way and see it happen.  God’s main purpose for us is a relationship with Him and in community with others who have a relationship with Him.  So, why then would He create a system where we don’t need that relationship? We need the relationship with God to be able to live out our purpose and experience the victories that He has already prepared for us to celebrate.

Are you lacking victory in your life today?  Do you feel as though God has rejected you?  Are His promises not coming to fruition?  It’s time to evaluate your relationship with Him.  He loves us.  He hasn’t rejected us, we have rejected Him.  It isn’t until we recognize it, accept responsibility for it, and come back to Him that we will be able to continue living in that victory once again.