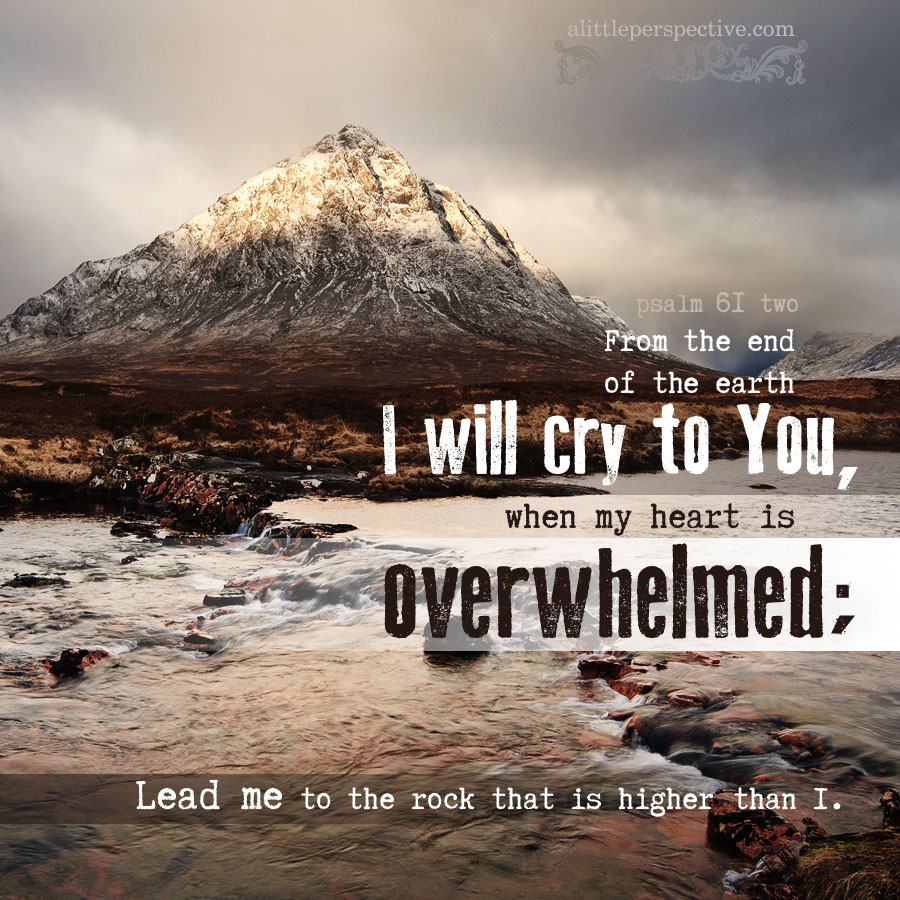 If you were told that you would die soon, how would you respond?  This isn’t the case in Psalm 61, but it reflects a heavenward vow towards God from David.  He praises God for His goodness during his lifetime and then asks for many more years to worship and praise Him on earth.

We know that David had many persecutions and trials in his life, before he even became king.  Once he was king over Israel, he became even more conflicted, not just by the battles that raged for his kingdom but also in his heart.  He is battle weary.  He was pursued, persecuted, and his life was sought after.  He committed treacherous acts himself and was filled with inner conflict and regret.  But what does he do when he is worn down?  He calls to God and recognizes God’s love and goodness towards him.  He sees God’s mercy and asks for refuge.  He seeks God’s presence, knowing that is the best place to be.

Despite all this turmoil he has experienced, he has never forgotten his identity: a child of the Most High God.  Do we remember who we are amidst the busyness and conflicts of life?  Even though we are tired and worn down do we ask God for more time to bring Him praise and glory in this broken world? Are we audacious enough to ask God to allow us to “suffer” more?  This is a hard point to contemplate.

When you are at your wits end, do you worship God?

When you recognize and accept the frailty of your own life, do you praise the Lord with all you have left?

When you feel as if your days are coming to an end (or maybe you wish they would), do you ask Him to give you more for the purpose of giving Him more glory in your life?