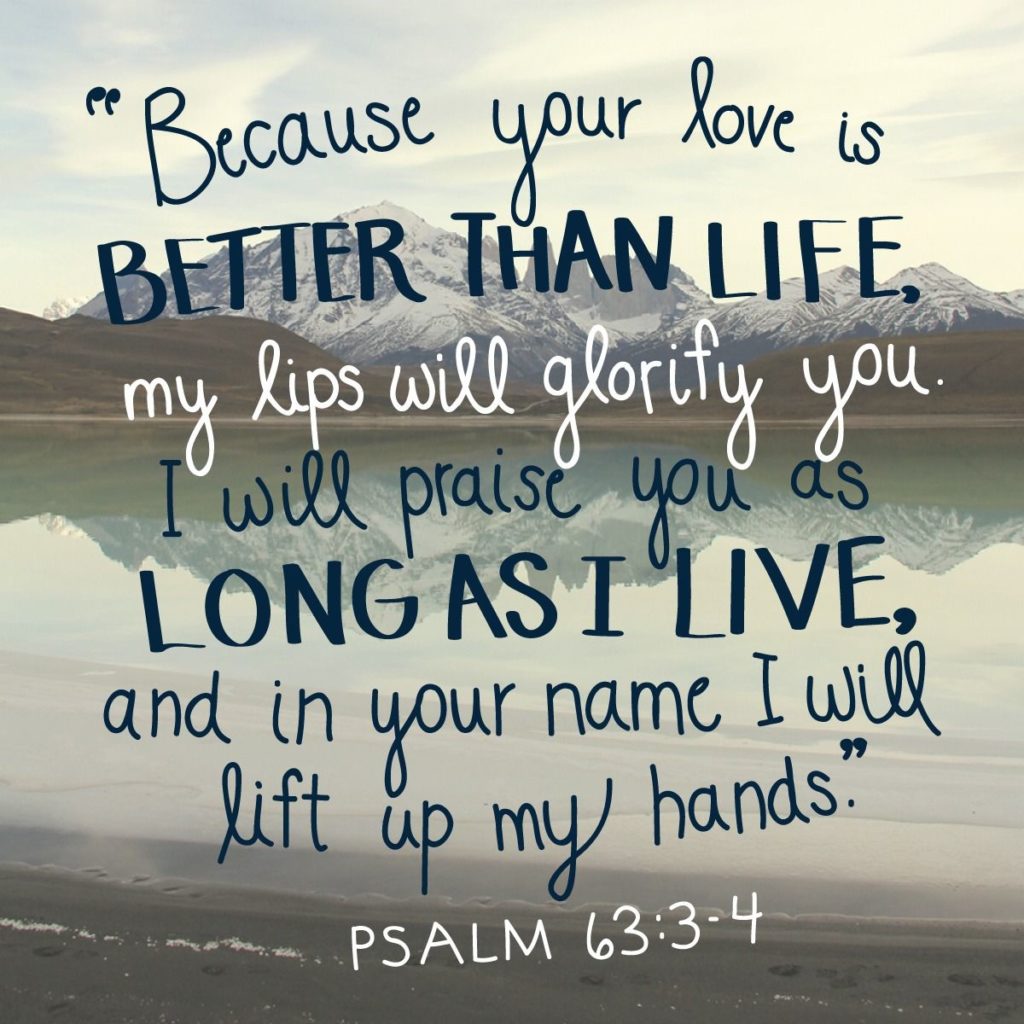 Do you thirst for God?  Do you hunger for His righteousness?  In Matthew 5:6 Jesus says

Blessed are those who hunger and thirst for righteousness, for they shall be satisfied.

A little later in chapter 6 He says:

David wrote Psalm 63 when he was on the run as the king of Israel.  He had all the power and authority of the kingdom but relied instead on the power of God’s Kingdom.  Why? Look at who God is revealed to be in this passage:

His lovingkindness is better than life

He satisfies us until we are full and overflowing

He holds us up

He delivers us from our enemies

He gives us joy

Too often we view God as wrathful and vengeful, which He certainly is, but we forget the whole picture.  When we recognize how much He loves us, we can rejoice in Him.  This is done through a trusting relationship with Him, not religious practice.  Religion is for those who are oppressed and want to oppress; relationship with God is for those who want to actually beHis son or daughter.