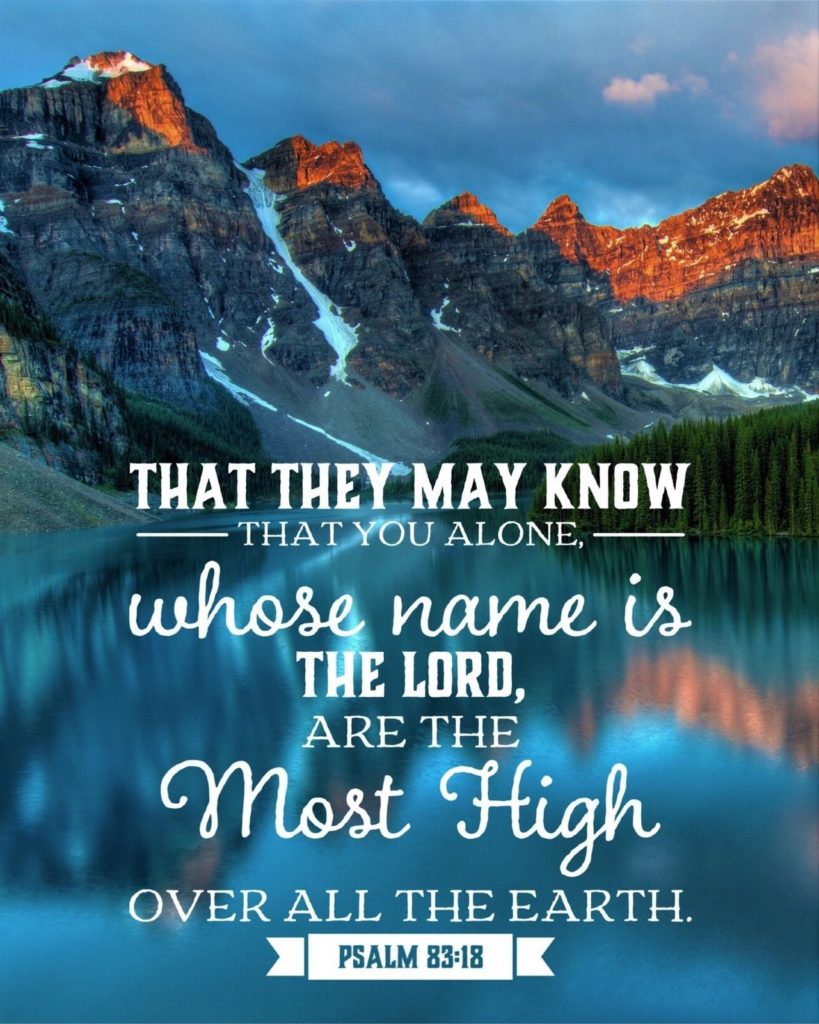 The time period in which Psalm 83 was written indicates a disconnect between the type of message it was intended to communicate.  Israel was not at war when this was written and apparently these nations formed a band afterwards against Israel.  Some say it was a prophetic vision of the future, while others contend it is a general view of the world against God and His people.  We could certainly dig into the history of this passage and research who all the different people groups were and what their issues were with Israel in its history.  I would, instead, rather look into the tone of the message.

The first verse grabs the reader’s attention as the author is crying out to God for help.  However, we could certainly learn from this psalmist as you never read the words, “me, my, our, us, or I.”  It’s all about God and God alone!  It would be easy to dismiss this detail as a stylistic or even linguistic touch, but I venture to say it is more a cultural nuance.  By cultural, I don’t mean to say the Hebrew culture specifically, rather the culture of recognizing who God is.  Have we embraced this culture as God’s people, or have we created the habit of asking for things and help because of “me, me, me”?

The focus is solely on God, recognizing that everything is His: enemies, people, nation, and glory.  While Israel’s enemies are not directly conspiring against God Himself, they are doing so by proxy through attacking His people.  In Acts when the Pharisee Saul was confronted by Jesus on the Damascus road, He didn’t say, “why are you persecuting my people or my church,” He said, “why are you persecuting me?”  (Acts 9) When you attack someone’s beloved, stealing their stuff, speaking against their name, or anything else…we don’t offend that thing or person, we attack the one it belongs to.  God said in Leviticus 26:12 after establishing the original covenant with Israel:

I will walk among you and be your God, and you will be my people.

The Psalmist recognized this.  If any of us have been persecuted, attacked, dishonored, offended, or violated in the past (that’s all of us, by the way) then we have been in a similar situation, even if it wasn’t on the precipice of an actual war.  In that moment, how prone are we to cry out to God to vindicate Himself?  We usually get frustrated with God for not protecting us or something similar.  Maybe we don’t blame God, but we certainly aren’t thinking about His glory when it happens!  The Psalmist teaches us a valuable lesson in humility, especially in regard to our prioritization of God in our lives.  It’s easy to praise God when things are going well.  But when the world comes against us, are we quick to ask God to glorify Himself or help us?  Is our inclination selfish to help relieve our pain and suffering or do we first consider God’s will, God’s sovereignty, God’s name and holiness?