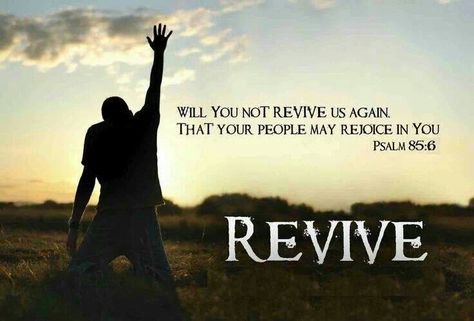 If you’ve been digging around the bible for a period of time you hopefully understand by now that the example of God’s relationship with Israel is a “type” or foreshadowing of God’s relationship with any of us who are saved.  While we tend to look at the “old” testament as “old” news (as opposed to the “good” news of Jesus Christ), it is foundational to our faith as Jesus’ followers and we would take heed to pick up on its significance for us.

Reading Psalm 85 today, we can very easily apply it to the upcoming season of Easter.  In Old Testament days, the author is writing about the captivity of Israel under the Babylonians.  In Jesus’ time, the Jews are pretty much in captivity under the Roman rule, even though they don’t necessarily consider it being slaves, they certainly don’t have autonomous control over their own government.  This is why they had to convince the Romans to crucify Jesus in the first place.  However, our captivity as people isn’t limited to a physical captivity or even a governmental oppression.  Our gravest captivity is to that of the sinful nature.  In Romans 6, the Apostle Paul speaks in depth to this concept:

16 Do you not know that when you present yourselves to someone as slaves for obedience, you are slaves of the one whom you obey, either of sin resulting in death, or of obedience resulting in righteousness?

As children, when we know we have upset our parents, we plead, cry, and hope for mercy.  We certainly don’t want to be punished for our transgressions (sin) against them.  We try to convince them that we will “never do it again” and that we “learned our lesson” so “please don’t punish me”.  When it comes to sin against God, the consequences carry their own punishment.  At the very least, it causes separation from God (hell on earth).  At the most, it causes us to suffer in ways we maybe didn’t even imagine.  When our disobedient actions carry a causation we didn’t expect, we usually say, “I’m so sorry, I didn’t know that was going to happen!”  But now it is too late and we have to suffer the consequences. The spiritual consequences of our disobedience towards God carry worse ramifications than we sometimes even understand.  If that which we can see is any indication, the spiritual realm works mostly in the unseen, with greater forces than we recognize.

Jesus’ name translates into “Yahweh Saves” or “God’s Salvation”.  It is appropriate, then, that the angel of the Lord told Mary to name her divine child this, as He would grow up to become our “savior”.  Israel had been crying for this savior for centuries!  Do you notice how the psalmist doesn’t only cry for being saved, but also restoration?  If we can imagine someone who has been locked up in a jail cell for many years and then being released…the “saving” is simply the release from the cage or oppression.  The restoration is a process that happens afterward.

Unfortunately, many “Christians” simply leave the jail cell of sin and never recover.  We don’t realize that God’s salvation isn’t just being released from prison, it is being restored to the purpose God created us for.  WE are his beloved children!  Paul continues in Romans 6:

22 But now having been freed from sin and enslaved to God, you derive your benefit, resulting in sanctification, and the outcome, eternal life.

Sanctification is the process of becoming holy.  In other words, conforming more and more to the likeness of Christ, which is your earthly purpose as God’s creation.  We were made in His image. This is why Jesus came down to show us what is possible as “mere humans” in right relationship with God.  As we read the end of Psalm 85, we see the writer highlight some terms that normally we don’t fully associate together because of the sin in our lives and the world around us.

Lovingkindess and Truth This is where we get the term “say the truth in love”.  God’s way isn’t about just smacking us in the face with the truth (movie fans might be thinking of the famous line from A Few Good Men right about now).  However, when we are slaves to righteousness instead of sin, we understand that God’s ultimate truth and His love are one in the same.  We can reconcile the two in our lives because we are one with Him instead of divided in our hearts between what we want and what God wants for our lives.

Righteousness and Peace Again we are confronted with our human point of view…since the destruction of Sodom and Gomorrah was obviously an act of God’s righteousness but doesn’t seem like a very peaceful even in biblical history!  When we are living sinfully, we are not at peace because our hearts are at war with God.  Since peace literally means unity, living righteously brings us in communion with God.

So then, as we look toward the Easter season and what it means to us, let us consider that Jesus came not only to release us from the prison of sinfulness, but to restore us to our full purpose.  He not only sets us free, but empowers and revives us to live better than we ever have before.