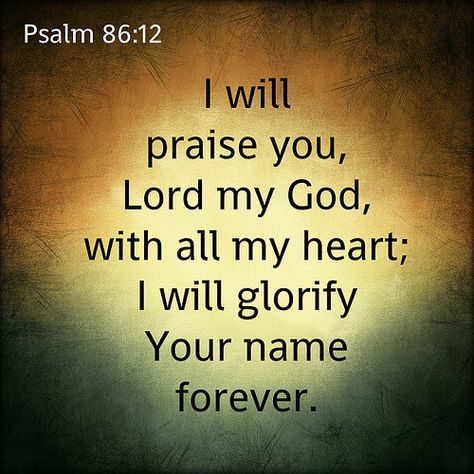 It isn’t until verse 14 of Psalm 86 that we realize David is crying out to God for help and comfort because he is being persecuted.  He is asking for favor and protection from his enemies.  Learning of David’s story throughout the scriptures we know that more than once he was forced to flee and hide in caves while those closest to him pursued him to take his life because they were jealous of God’s favor upon his life.

We too have a great enemy that pursues us like that.  Lucifer, the greatest of the angels, was cast down to be tormented as a result of his pride and punishment for trying to out-glory the Lord.  God has created us to be His glory, which is why we were created in God’s image.  Lucifer doesn’t like that!  So, as David ran from Saul and later Absalom because they sought to steal, kill, and destroy him in their jealousy, so too our enemy does the same to us.

Take heart, my friend, because that isn’t the end of the story.  Just as God defended David, so too He defends us!  Our persecution from the devil, whether it be from other humans, spiritual beings, or just the crazy things we think, does not have the final say over us.  As we read through psalm 86 again, we notice that even though David is crying out for help, he is worshiping God for His love and goodness.  He doesn’t doubt God’s providence or that he will be delivered.  He simply is asking God for a sign not for himself, but for them…that they would know they are coming against the Lord’s anointed.

In this current crisis of being locked in our homes and forcefully isolated, it might very well seem like we are forced to hide in a cave.  See here, however, how David sees his own time of isolation as a time to be strengthened in his relationship with God.  He askes the Lord to instruct him, to unit his heart to God’s, to give him more reason to worship Him.  David sees the truth of who God is and his relationship to Him.  He is simply asking for Him to reveal this to those who pursue David himself.  He already knows the truth, but he pleads that it would be shown to others.

How much do you want God to reveal His truth to you?  How much more in this time of isolation can you increase your relationship with the Lord?  What more can you learn from Him?  How can you unite your heart with His so you learn to fear Him more?  It’s easy to look at this time of waiting as a waste of time, but it is all about perspective.  God didn’t create David as a “man after His own heart” during the triumphant times of his life, rather through the difficult times like this one.  We should then, come out of this COVID-19 pandemic closer to God, shouldn’t we?