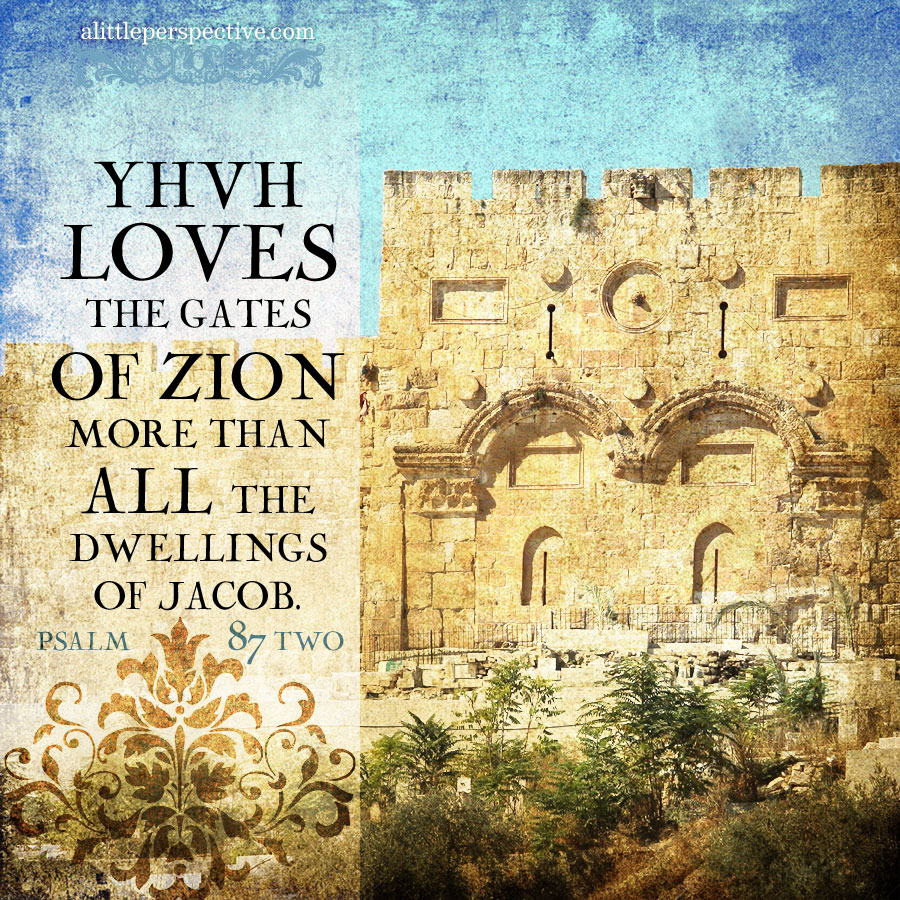 Zion is one of those Judeo-Christian terms that we all recognize but hardly pay attention to.  It’s a good “biblical name” to throw around in movies to attract the attention of those with an ear for religious vocabulary.  Zion is also known as “the city of David,” which David captured while king and made it his own city.  This should not be confused with Jerusalem, which I have been known to do.  Rather, it is a city that sits on Mt. Zion, which is part of Jerusalem.  Since then, it has stood as a symbol of God’s victory for Jews and even Christians.  Because the great king David claimed it has his own and resided there, it has become a mainstay foundation for the three major religions of the world (yes even Islam) as it represents freedom and victory.

Ironically, the word “Zion” isn’t originally Hebrew or Aramaic, although there are some similarities to those languages, so the exact meaning is still disputed.  However, looking into the etymology of the word, it either is meant to represent the terrain that surrounds it or the citadel that stood upon it (which David overtook then claimed for himself, a feat in itself).

Because Zion started as the dwelling place for King David, it has since become symbolic of the dwelling place of God, although his son, Solomon, built the temple on Mt. Moriah (a little north of Zion) where God resided, Zion seemed to be the initial throne of God’s presence since he “dwelled” with King David.  The intriguing thing is that this is more of the focus of the faith than the temple mount itself, although the two are close in proximity and often thought of being the same location.  As we continue to read through the scriptures from David’s reign through the history of Israel and into the New Testament, it is Zion, not the temple, that is revered as important in Judeo Christian history.  We even see reference to it in Revelation 14:1 when Christ returns:

Then I looked, and behold, the Lamb was standing on Mount Zion, and with Him one hundred and forty-four thousand, having His name and the name of His Father written on their foreheads.

Mt. Zion then is not just a memory of victory and hope, it is a symbol of what we have to look forward to!  Although referred to as the City of David, this psalm calls it the City of God, which is more appropriate since it was God’s might that allowed David to capture it in the first place!    As we read through Psalm 87, let us not get lost in the physical references, rather close our eyes and imagine God’s established city.  We read in revelation what the New Jerusalem will look like (see Revelation 21).  It will be a physical representation of God’s holiness and glory on earth in its fullness!  The glory of Zion, then, is representative of the glory of God.  This psalm speaks specifically of those who are born of that city.  In other words: born of God.

If we are born of God (i.e. born from above), do people around you know it?  As you conduct yourself day-to-day, can people identify you as being from Zion?  I’m not talking about the t-shirt you wear or the bumper sticker you so proudly display on your car.  I’m talking about your conduct, your attitude, your love and grace you show to others.  Can they tell there is something different about you?  Can they tell you are “of the Lord” or a ”son/daughter of God”?  The people of Zion are revered not because they look well put together or live in a nice house, but because it is evident, they walk with God and God walks with them.  The residents of Zion are blessed because they live under the blessing and use it to bless others.  Not only are they connected with their origins, but they understand they had nothing to do with how or where they were born, simply that God chose them to be from Zion.  Are you?