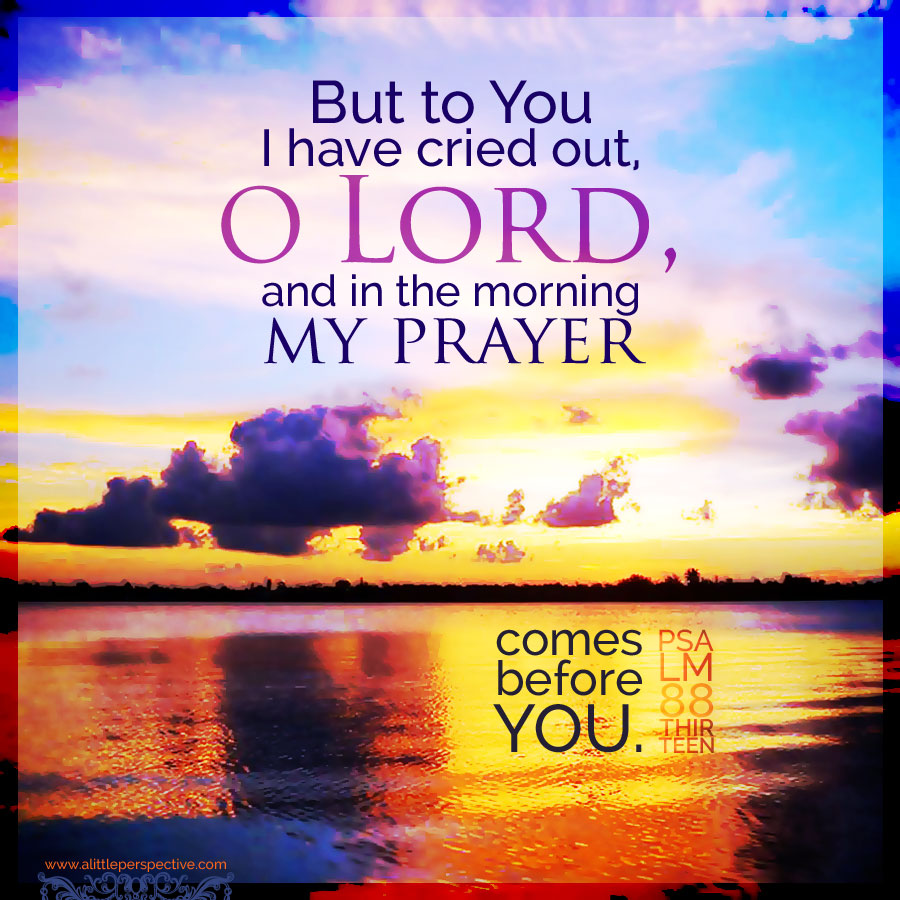 Written by the Sons of Korah, Psalm 88 seems like it may be appropriate for some during these extraordinary times we are currently living.  While there is a general theme of despair to the point of death, I want us to first look at the theology expressed in this psalm which may be too subtle to recognize and possibly too grim for us to accept.

At first, it seems this is a psalm about just complaining about one’s suffering.  However, do you notice the undertone of God’s sovereignty?  The psalmist “blames” God for the calamity he is experiencing but that is because he knows God is in control.  He doesn’t say, “I have fallen into the lowest pit,” or “they have thrown me in the lowest pit.”  Rather, “You have put me in the lowest pit.”  Later we read about God’s burning anger and terrors.

Now, we might not quite want to accept a God who does things like this.  It challenges our thoughts of a good and loving God.  But imagine a child who just got spanked and sent to his room for misbehaving.  Imagine a repentant criminal who is stuck in jail for decades.  Imagine a world plagued by an uncontrollable virus…

The point of this psalm isn’t really the author’s suffering (or the suffering of those who would be singing it even today).  Rather, the point of this psalm is recognizing who God is.  He is the author and sustainer of life.  He holds the whole world in his hands.  Yes, He is good.  Yes, He loves us.  That doesn’t mean things will always go the way we think they should.  Life is hard sometimes, but it shouldn’t change our view of who God is.  Instead, it reveals what we think about God.

You can feel the torment of the psalmist as he cries out to God, asking why He has rejected his soul. Now that’s some pretty tough imagery to wrap your theology around.  While he recognizes God’s power in his torment, he does not rebuke or reject God’s goodness.  When we are in a dismal situation, it’s only natural to cry out in agony.  Some of you might be in a similar place emotionally right now.  The question isn’t why are we suffering.  It is: who are we crying out to?