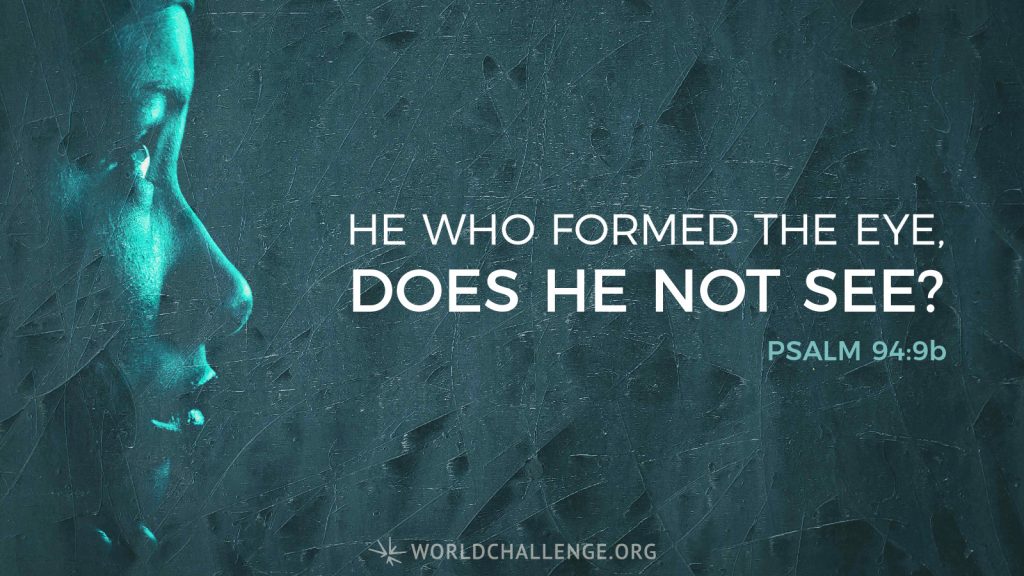 While there are many psalms that lament oppression from exterior enemies to Israel, Psalm 94 speaks to an internal enemy.  The rule of Manasseh (see 2 Kings 21:1-18) was a 55-year reign that filled Israel not only with legal injustice but spiritual wretchedness.  It wasn’t just that Manasseh was a “bad guy,” but he purposely provoked God and worshipped “the heavenly host” meaning all sorts of spiritual beings.  Now, angels normally don’t accept praise from humans (think about all the times they appear and say, “don’t be afraid, get up”) so this refers to the dark powers and spiritual beings (aka demons) in the heavenly realm.

The bible tells us to trust, respect, and honor the leaders that God has placed over us (Romans 13:1).  However, they have a duty and obligation to seek the Lord as a result of their placement.  We know that God is omniscient, therefore knowing how each ruler will behave before they are placed in office.  However, what if the “goodness” or “effectiveness” of our leaders and rulers were not so much a reflection of God’s providence as much as a result of the nation’s connection to God Himself?

I feel that it is so easy for us to be lazy in that we don’t pray enough for our leaders.  We have been granted a blessing in having a ruling structure such as a democracy where the people actually have some say in those who are elected into positions of power to represent the people.  In looking back to the scriptures, kings like Manasseh and many others were put in place because it’s what the people of Israel begged God for.  He knew what would happen, but they wanted to be “like other nations” and have a king appointed over them.  They wanted legitimacy, power, and stature among the other nations.  Apparently being set apart as “God’s Holy Chosen Ones” wasn’t good enough.  The irony in all this is that they seemed to be content with having wicked rulers because there aren’t many recorded instances of the people praying to God for a holy and righteous ruler!

What about us?  Our elected officials are a representation of who we are as a nation.  Of course, not everyone will be satisfied by those who get elected, but the majority rules.  So how then can we complain by who is elected if they are supposed to represent the nation in its current state?  We should be more upset about the fact that our nation is the way it is, if our elected representatives appall us.  Furthermore, how much are we praying and crying out to God?  Do we pray about the governing authorities God has placed over us (by our own power)?  Reread Psalm 94 and use that as a template for your prayers today.