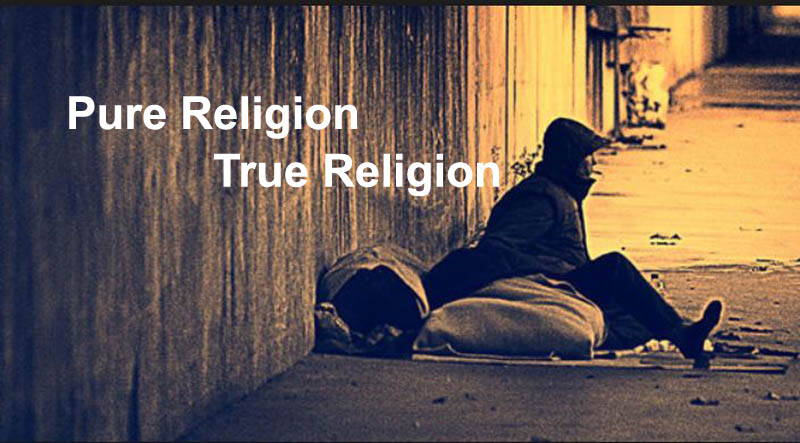 God reveals the sins of His People, Israel.

Amos 2:6-8
6 Thus says the Lord,
“For three transgressions of Israel and for four
I will not revoke its punishment,
Because they sell the righteous for money
And the needy for a pair of sandals.
7 “These who pant after the very dust of the earth on the head of the helpless
Also turn aside the way of the humble;
And a man and his father resort to the same girl
In order to profane My holy name.
8 “On garments taken as pledges they stretch out beside every altar,
And in the house of their God they drink the wine of those who have been fined.

The first thing that came to mind when reading this passage was a popular verse from the Book of James, a call to activate our faith written by the brother of Jesus:

As we read God’s problem with Israel in today’s passage, we see that they violated this very principle.  They lusted after money, sex, and worldly pleasures while simultaneously ignoring and using the weak and helpless.  If you take the time to read through the first 5 books of the Old Testament, you will see that this was more important to God than not killing, stealing, or lying to others.  It very well might not have been intentionally to profane God’s holy name, but that’s exactly what they did.  They know better; Jews are raised upon the precepts of God.  They are born into a culture and community that constantly works at learning God’s commands but they are without the power to follow them the way God told them to.

A topic that has grown more and more on my heart lately is what we do with the knowledge we have.  I’ve always maintained that wisdom is knowing how to put to use what we know.  As I continue to study God’s Word in the search for His truth and gain knowledge about the Kingdom of God, I learn that God calls us not to memorize the bible, but put to action what is preserved in it.  The Pharisees missed this part by creating a hierarchy of human power based on how much they knew instead of giving God glory by loving others.  This is what I have always defined as religion, but God defines His religion differently.

Living in Guatemala I continually see people who have next to nothing doing their best for others because it is what God tells them to do.  I don’t mean He tells them through prophetic word, by the commissioning from their church, or even because it makes them feel good.  God tells them in the bible.  He tells us in the bible.  How obedient are we to it? In reading the accounts of Jesus’ life we can see more than just the 33 miracles they recorded.  He lived righteously: He fought for the helpless, He called out unrighteousness, and He gave all He had to those who needed it the most.  He stayed connected to God the Father first and foremost, which empowered Him to do all He did.  I’m almost 33 and I can’t say I’ve done close to what Jesus accomplished here in 33 years.  The Apostle John ending his account by saying, “not every book in the world could contain the details of all Jesus did.”  Some might think this is just an exaggeration and a fancy way to say, “Jesus did a lot.”  The truth is, however, that Jesus has been doing things since the beginning of time and continues to do them through His faithful followers.  How many of those accounts is your name linked to?