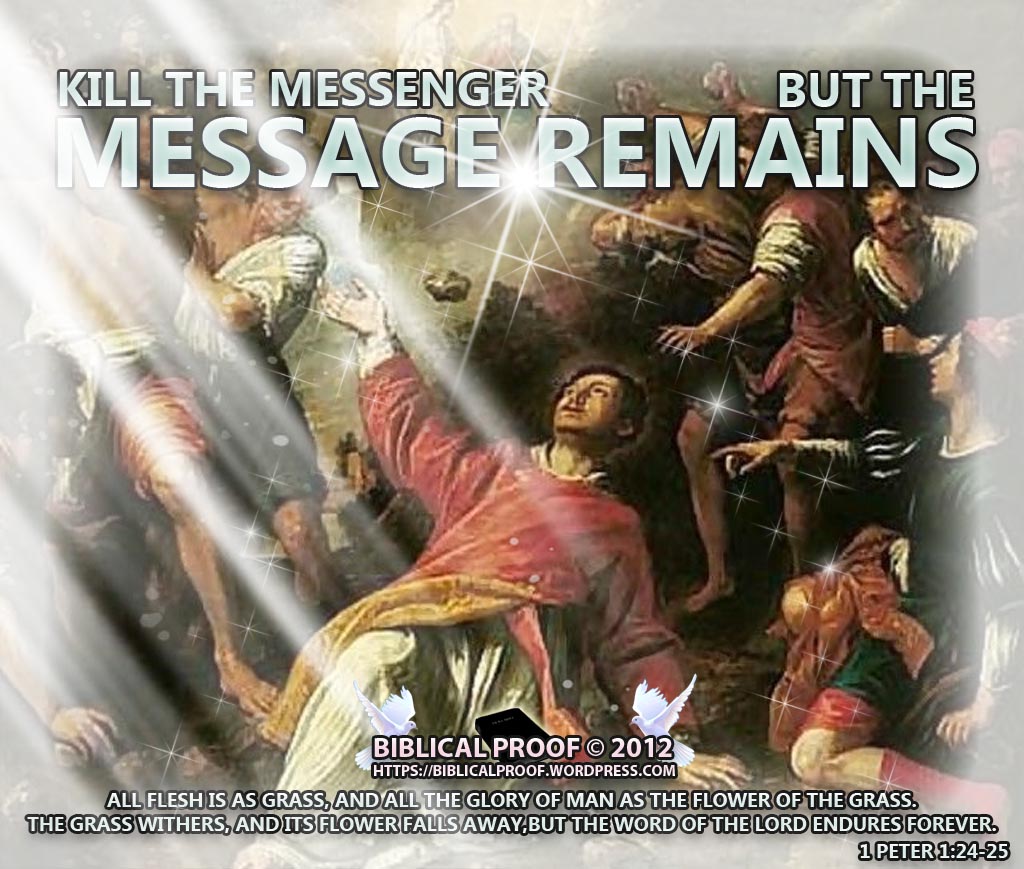 Acts 7:58-60
58 When they had driven him out of the city, they began stoning him; and the witnesses laid aside their robes at the feet of a young man named Saul. 59 They went on stoning Stephen as he called on the Lord and said, “Lord Jesus, receive my spirit!” 60 Then falling on his knees, he cried out with a loud voice, “Lord, do not hold this sin against them!” Having said this, he fell asleep.

It is hard for us to fully appreciate the concept of the level of mercy Stephen showed here.  I’ve always thought that what he did by asking for forgiveness for the people while they were killing him was one of those fluke miracles that aren’t possible anymore.  Yet, in reading the text, it is easy to see how and why Stephen was able to display this kind of forgiveness and mercy just moments before his death.

Just before Stephen asked for God to forgive them, we see that he commends his spirit to God.  It is this action that gives him the capacity to forgive his own murderers.  Without completely handing his life over to the hands of God, he wouldn’t have been able to do this.  Now, maybe Stephen was already completely given over to God and what he said was a verbal communication of him continuing to put his life in God’s hands, but either way it is the only possibility for Stephen to have the compassion he did.  This is the same compassion we see from Jesus as He was hanging from the cross, “Father, forgive them; for they do not know what they are doing.”

I had an interesting thought a few years back that I never really shared with many people because it seemed quite outlandish.  Since our relationship with God is reflected by the unconditional love we have for others, especially our enemies, then how should our attitude be towards the devil?  If Jesus said, “Love your enemies,” and Satan is our biggest adversary, shouldn’t we have compassion and pity for him?  In Matthew 5, Jesus is instructing His disciples about how to treat those who persecute us (clearly a concept that Stephen fully understood),

This isn’t to say enjoy what the devil does to us, for Stephen certainly didn’t enjoy having rocks hurled at his head.  Nor did he follow the beckoning of the devil or else he probably wouldn’t have been stoned.  Rather, I’d venture to say that our level of compassion for the devil and understanding his depravity (that he will never enjoy the glory of God) is a decent gauge as to how close to God we are and how much unconditional love we have for our enemies. This might ruffle your feathers because it sounds borderline blasphemous, but if we read the scriptures for what they say, we can either takes these words to heart or ignore them and be disobedient.

Stephen’s final words must have echoed loudly in the hearts of his persecutors.  They most likely threw rocks harder and faster as he was saying these things to shut him up quicker, but can you imagine that?  Your anger and pride burning you to kill someone and with their last breath they are petitioning God for your forgiveness?  This isn’t human.  This isn’t a natural response.  This is an utterance of the Holy Spirit empowered by the love of God.  It’s something far greater than simply forgiving your persecutors, but also asking God to forgive them.  Yet, it is a direct following of Jesus’ example on the cross.  Would you do the same?