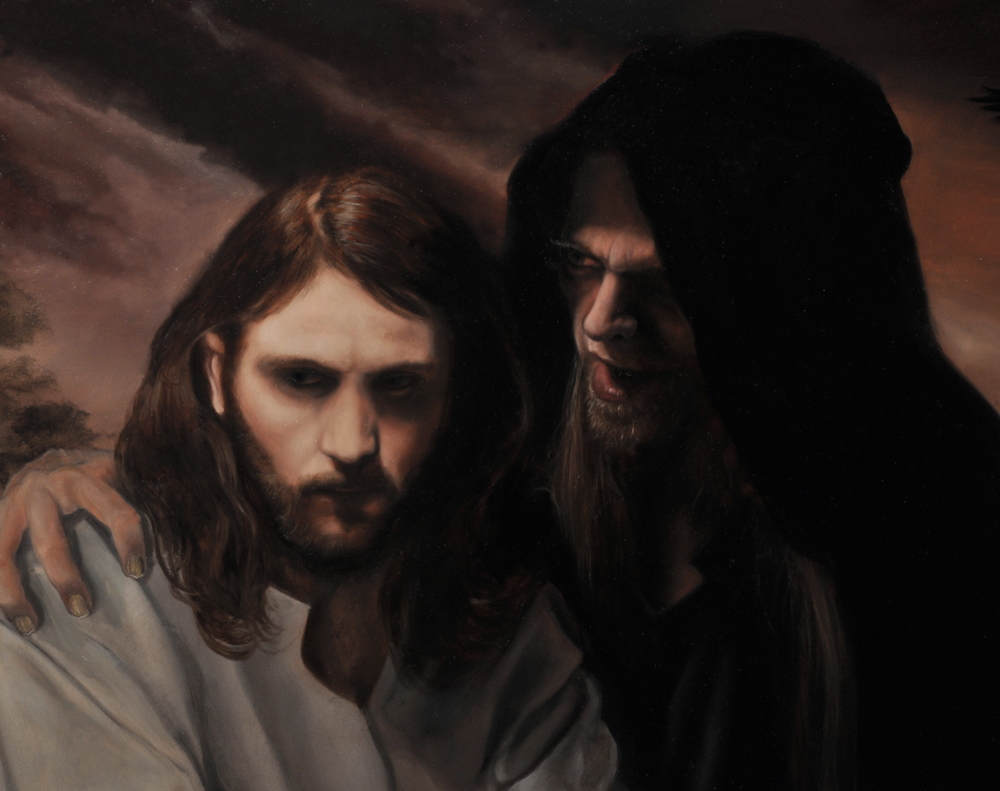 Matthew 4:5-7
5 Then the devil took Him into the holy city and had Him stand on the pinnacle of the temple, 6 and said to Him, “If You are the Son of God, throw Yourself down; for it is written, ‘HE WILL COMMAND HIS ANGELS CONCERNING YOU’; and ‘ON their HANDS THEY WILL BEAR YOU UP, SO THAT YOU WILL NOT STRIKE YOUR FOOT AGAINST A STONE.’ ” 7 Jesus said to him, “On the other hand, it is written, ‘YOU SHALL NOT PUT THE LORD YOUR GOD TO THE TEST.’ ”

I have always struggled with this verse a little because I knew that somewhere else in the bible God specifically tells someone to “test” Him. The only time that God says to test Him is in Malachi 3 where He is trying to convince the people that if they tithe and honor Him with their money that they will receive more blessing than they could even imagine:

8 “Will a man rob God? Yet you are robbing Me! But you say, ‘How have we robbed You?’ In tithes and offerings. 9 “You are cursed with a curse, for you are robbing Me, the whole nation of you! 10 “Bring the whole tithe into the storehouse, so that there may be food in My house, and test Me now in this,” says the LORD of hosts, “if I will not open for you the windows of heaven and pour out for you a blessing until it overflows. 11 “Then I will rebuke the devourer for you, so that it will not destroy the fruits of the ground; nor will your vine in the field cast its grapes,” says the LORD of hosts. 12 “All the nations will call you blessed, for you shall be a delightful land,” says the LORD of hosts.

In this temptation from Satan, Jesus is fighting back with words from Deuteronomy 6 which refer to a place called Massah, so named because of Israel’s lack of faith. This is the location where Israel complained with Moses about God leading them to die in the desert of thirst. The word “test” in this reference comes from the Hebrew word nacah, which means to put something to the test or tempt. In other words, Israel’s lack of faith caused them to cry out against God in doubt and fear. The book of Hebrews tells us that without faith, it is impossible to please God. So, God was very displeased at this point. He was even more displeased of Moses’ reaction, but that’s a different lesson.

Satan was quoting Psalm 91 in this temptation of Jesus. The original text says:

10 No evil will befall you, Nor will any plague come near your tent. 11 For He will give His angels charge concerning you, To guard you in all your ways. 12 They will bear you up in their hands, That you do not strike your foot against a stone. 13 You will tread upon the lion and cobra, The young lion and the serpent you will trample down. 14 “Because he has loved Me, therefore I will deliver him; I will set him securely on high, because he has known My name. 15 “He will call upon Me, and I will answer him; I will be with him in trouble; I will rescue him and honor him. 16 “With a long life I will satisfy him And let him see My salvation.”

So, where is the sinfulness in throwing yourself off of a high place and trusting God to send angels to save you? As we discussed in the first temptation, it is all about what is in your heart. To trust in God is to love Him. If we trust in Him, then we trust Him for what He tells us and we don’t have to test His faithfulness to us. We believe what He tells us without proof or test. If we put Him to the test, it is because of our lack of faith. But what do we do then, if we don’t fully believe what God says? We ask Him to give us more faith! I love the story we find in Mark 9 of the man whose child was possessed by an evil spirit and wanted Jesus to heal him but the father lacked faith. He asked Jesus, “I do believe, help me with my unbelief!”

If we ever get to the point where we feel we need to put God to the test because we don’t trust Him for what He says, then our test should be asking Him to help us believe more. This might seem a bit illogical given that we are asking the one we are trying to believe in to help us believe in Him more, but this is what He tells us to do when we are lacking faith. Even the original disciples struggled with this, but despite their unbelief, they still kept disciplined and trusted Him anyway. This is how we grow in faith. If we rely upon man’s perspective and try to “prove” God, we will come up shorthanded because it isn’t about the things we see around us; it is about the changes we experience in our hearts and souls.

When we read Psalm 91, we see that God will guard and protect us as long as we walk within His will. It has been said that the safest place to be is in God’s will, despite what everything else looks like around us. It is because of what He says in this Psalm. He does not will us to jump off the highest pinnacle of the temple to prove He is ready to send His angels to catch us. His will is that we don’t have to because we trust Him despite the physical evidence. Just like in John 20 when “doubting Thomas” was confronted with the resurrected Jesus. After the exchange, Jesus tells him in verse 29:

Jesus said to him, “Because you have seen Me, have you believed? Blessed are they who did not see, and yet believed.”

These are the last words John records in His account of who Jesus is. John leaves off with this quote as a conclusion of all Jesus did and all he wrote. I’m convinced it is because it is a very important point and it leads back to this temptation that Jesus endured. He didn’t have to test God because He knew God enough that yes, should He fall, God would protect Him. He didn’t need the proof for His eyes because He already had it in His heart. Do you?