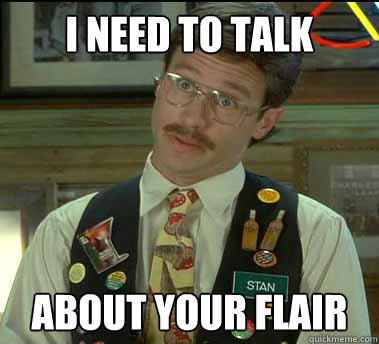 Mark 12:41-44
41 And He sat down opposite the treasury, and began observing how the people were putting money into the treasury; and many rich people were putting in large sums. 42 A poor widow came and put in two small copper coins, which amount to a cent. 43 Calling His disciples to Him, He said to them, “Truly I say to you, this poor widow put in more than all the contributors to the treasury; 44 for they all put in out of their surplus, but she, out of her poverty, put in all she owned, all she had to live on.”

Unfortunately for us, we don’t pay much attention to this lesson. We don’t think this Kingdom principle applies to us because the majority of us aren’t rich to give large sums out of surplus and very few of us are poor widows with only a few cents to our name. We are generally somewhere in the middle, so we don’t cling to this point Jesus is making. Yet, Jesus was giving the lesson to people exactly like us: a tax collector, fishermen, craftsmen, businessmen…middle class people who dedicated their lives to following the Christ. So, although we don’t take this lesson to heart, it is aimed directly at us.

Now that I’ve made you feel guilty for not taking this lesson seriously, what are we to do with it? The elements of this story are simple. It’s not about the money; it’s about the heart. God wants us to give Him all of us, in everything we do. If we are giving offerings of money or giving an offering of time to help someone in need or during our quiet time or simply the way we try to represent Him, in all of these things God wants our all. We have a saying we’ve adopted that says, “better late than never”. We’ve let this mentality permeate other areas of our lives. We also say, “better something than nothing”. Yet Jesus says, “all or nothing”. God doesn’t want just part of our allegiance; He wants the entirety of our being. In reading through the Old and New Testaments, we see time and again that God isn’t satisfied with us surrendering to Him what is convenient to us. This doesn’t show sincerity or allegiance with God, it shows that we are trying to please Him with the bare minimum. We are acting “lukewarm” as Jesus spoke against one of the churches in His Revelation to John.

In referencing the popular movie “Office Space” and Joanna’s issue with her flair at work, we can clearly see a representation of our attitudes when it comes to worshipping God. Imagine if Jesus told the rich people that they weren’t giving enough, what would they say to Him? They would most likely feel offended because Jesus was saying how the widow giving just two cents was more than they were giving. She was giving from her heart; they were giving from their excess. We like there to be a clean cut number. We look at tithing and think, “10% isn’t too bad. I can do that because I have 10% extra.” Or maybe we don’t have that 10% to tithe, let alone more to give in offering. We shake our heads as if God is too demanding of us with a 10% tithe and completely ignore the fact that really He wants us to give 100% of all that we are! We cry out to God and say, “Why don’t you make a higher bare minimum, then, so we don’t have to play these guessing games!?!”

Our problem, however, isn’t the amount. As Joanna in the movie was expressing her frustration as her boss compared her to her coworker, she was missing the point that it isn’t about the numbers; it is the heart behind why she is doing it that counts. Brian in the movie is cast as a very annoying coworker but his annoyingness isn’t because of his character, but because he exposed the lack of heart and passion for the job in Joanna. Joanna’s boss didn’t have a problem with how much flair she was wearing, he had a problem with the fact that she wasn’t giving her all to the job. The point wasn’t the numbers. She lacked passion and commitment, just like the rich folks dumping all their excess money into the treasury.

In our relationship with God, we tend to evaluate it based on human and worldly terms. In this world, all we care about are the numbers. So the rich don’t look at whether or not they are giving from surplus or their heart, rather they look at the quantity of their giving. They probably were looking at the widow and snickering, thinking they were better than her because they were giving way more than she was monetarily. Jesus, on the other hand, pointed out the opposite. She was worshipping God with everything she had; they were worshipping Him with leftovers.

So, how do we worship God? Do we recognize that He requires us to worship Him with all or nothing? Do we give Him quality worship and honor or do we give Him our leftovers?