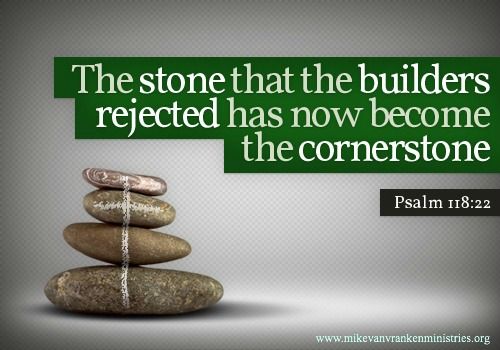 Mark 12:1-12
1 And He began to speak to them in parables: “A man PLANTED A VINEYARD AND PUT A WALL AROUND IT, AND DUG A VAT UNDER THE WINE PRESS AND BUILT A TOWER, and rented it out to vine-growers and went on a journey. 2 “At the harvest time he sent a slave to the vine-growers, in order to receive some of the produce of the vineyard from the vine-growers. 3 “They took him, and beat him and sent him away empty-handed. 4 “Again he sent them another slave, and they wounded him in the head, and treated him shamefully. 5 “And he sent another, and that one they killed; and so with many others, beating some and killing others. 6 “He had one more to send, a beloved son; he sent him last of all to them, saying, ‘They will respect my son.’ 7 “But those vine-growers said to one another, ‘This is the heir; come, let us kill him, and the inheritance will be ours!’ 8 “They took him, and killed him and threw him out of the vineyard. 9 “What will the owner of the vineyard do? He will come and destroy the vine-growers, and will give the vineyard to others. 10 “Have you not even read this Scripture: ‘THE STONE WHICH THE BUILDERS REJECTED, THIS BECAME THE CHIEF CORNER stone; 11 THIS CAME ABOUT FROM THE LORD, AND IT IS MARVELOUS IN OUR EYES ‘?” 12 And they were seeking to seize Him, and yet they feared the people, for they understood that He spoke the parable against them. And so they left Him and went away.

This parable is about the Jewish nation rejecting Jesus as the Christ and the result being that His salvation is then offered to the Gentiles. Throughout the bible we see how God sent messengers to the keepers of the vineyard (the Jewish nation) and how they continually refused to heed what they were sent to say. Not only did the vine growers not listen, but they also abused and misused the messengers. We conclude that the heir represents Jesus, the Son of God sent with a message, was killed because the vine growers were fearful and selfish, wanting to own the land themselves.

How often do we treat messengers of the Kingdom of God like this? How often do we think to ourselves, “God will come and destroy us, so let us do what we can to destroy His intentions”? Maybe we don’t think things that drastically, but it is how we act. One of the things that I learn the most out of reading Israel’s history is that just as Israel is a small representative of the whole of God’s chosen people, we are also just as ignorant and hard headed sometimes. How often do we ignore God’s message and disrespect His messengers in our lives?

The quoted Old Testament text in verses 10-11 come from Psalm 118. It is a psalm of thanksgiving, that despite rejection, God still saves His people. What we have to think about today is, “how often do we reject this cornerstone as well?” How often do we ignore and even fight against God’s messengers that are trying to tell us the truth about life in the Kingdom of God? He sends His messengers to reveal to us not just the err of our ways, but also to let us know that there is a better way to live! Jesus said He is the way, the truth, and the life. Why then do we reject Him? Why do we push Him out of our lives in fear instead of take heed to what He says and live freely?