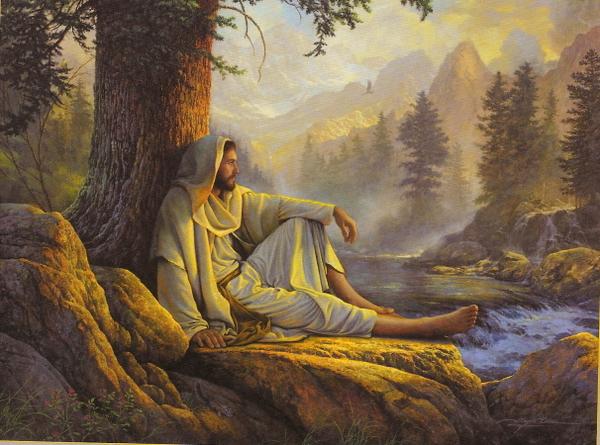 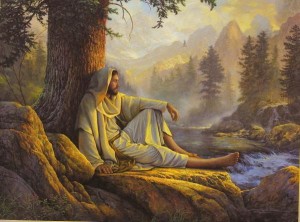 Mark 6:30-34
30 The apostles gathered together with Jesus; and they reported to Him all that they had done and taught. 31 And He said to them, “Come away by yourselves to a secluded place and rest a while.” (For there were many people coming and going, and they did not even have time to eat.) 32 They went away in the boat to a secluded place by themselves. 33 The people saw them going, and many recognized them and ran there together on foot from all the cities, and got there ahead of them. 34 When Jesus went ashore, He saw a large crowd, and He felt compassion for them because they were like sheep without a shepherd; and He began to teach them many things.

I remember this passage from years ago when God used it to smack me in the face about laziness and fatigue.  It has always stuck in my head as an example of compassion on Jesus’ part for lost people.  In ministry, we will grow tired just as in any other thing we do.  We will get frustrated, feel overwhelmed, and want to run away.  This passage begins in the tail end of the disciples coming back from a “missions trip” where Jesus sent them out to preach about repentance and display the Kingdom of God through physical healing and the casting out of demons.

In missions training, we learn a lot about regular rest, observing the Sabbath, and other essential tools to prevent, recognize, and recover from burnout.  It is essential to recognize when we need a break, but we cannot let this overrule our compassion for others.  Sometimes we become legalistic in our Sabbath or rest taking that we neglect the point of it all.  If we constantly rest in Christ, then we will never be overwhelmed.  Yes, our bodies need rest.  Yes, our mind needs time to reset.  Yes, we need to go away to secluded places sometimes just to cut ourselves off from everything so we can rejuvenate ourselves.  But what if while you are pulling out of the driveway someone approaches us with a dire need that we have the remedy for?  Do we justify ignoring someone just because of our check-in time at the resort?  The Pharisees were this way.  They became so legalistic about observing the Sabbath that they had completely forgotten the point of it altogether!

In Matthew 12, we see Jesus rocking the scene in the face of the Pharisees revealing the true point of the Sabbath and resting in God:

[quote]1 At that time Jesus went through the grain fields on the Sabbath, and His disciples became hungry and began to pick the heads of grain and eat. 2 But when the Pharisees saw this, they said to Him, “Look, Your disciples do what is not lawful to do on a Sabbath.” 3 But He said to them, “Have you not read what David did when he became hungry, he and his companions, 4 how he entered the house of God, and they ate the consecrated bread, which was not lawful for him to eat nor for those with him, but for the priests alone? 5 “Or have you not read in the Law, that on the Sabbath the priests in the temple break the Sabbath and are innocent? 6 “But I say to you that something greater than the temple is here. 7 “But if you had known what this means, ‘I DESIRE COMPASSION, AND NOT A SACRIFICE,’ you would not have condemned the innocent. 8 “For the Son of Man is Lord of the Sabbath.” 9 Departing from there, He went into their synagogue. 10 And a man was there whose hand was withered. And they questioned Jesus, asking, “Is it lawful to heal on the Sabbath?”-so that they might accuse Him. 11 And He said to them, “What man is there among you who has a sheep, and if it falls into a pit on the Sabbath, will he not take hold of it and lift it out? 12 “How much more valuable then is a man than a sheep! So then, it is lawful to do good on the Sabbath.” 13 Then He said to the man, “Stretch out your hand!” He stretched it out, and it was restored to normal, like the other. 14 But the Pharisees went out and conspired against Him, as to how they might destroy Him. [/quote]

Here is the thing: Jesus always provides us rest.  Later in Mark 6, after Jesus and His disciples care for the crowd, he makes them go take a break:

[quote]45 Immediately Jesus made His disciples get into the boat and go ahead of Him to the other side to Bethsaida, while He Himself was sending the crowd away. 46 After bidding them farewell, He left for the mountain to pray.[/quote]

Jesus also took some time for repose and restoration!  Sometimes when we are presented with the decision of helping someone in need versus preserving our time of rest, we are afraid that we will never be able to make up the time “lost.”  First of all, by viewing our aid of someone in dire need as “time lost,” we have taken on the viewpoint of worldliness, not Godliness.  We are more concerned about ourselves instead of others and therefore have become selfish and ignorant to the Kingdom of God; this is pure sin.  Secondly, we need to trust in God to provide for us the rest He knows we need.  Our rest isn’t just about not having to do anything, but resting in Him, which we can do all the time.  Let us not worry so much about our physical state, but first focus on our spiritual state of mind and our physical rest will come.

How have we put the priority of ourselves above those whom we serve?  How have we justified not helping someone out of our own selfishness?  How do we continue to distrust God for His provision of rest and restoration?