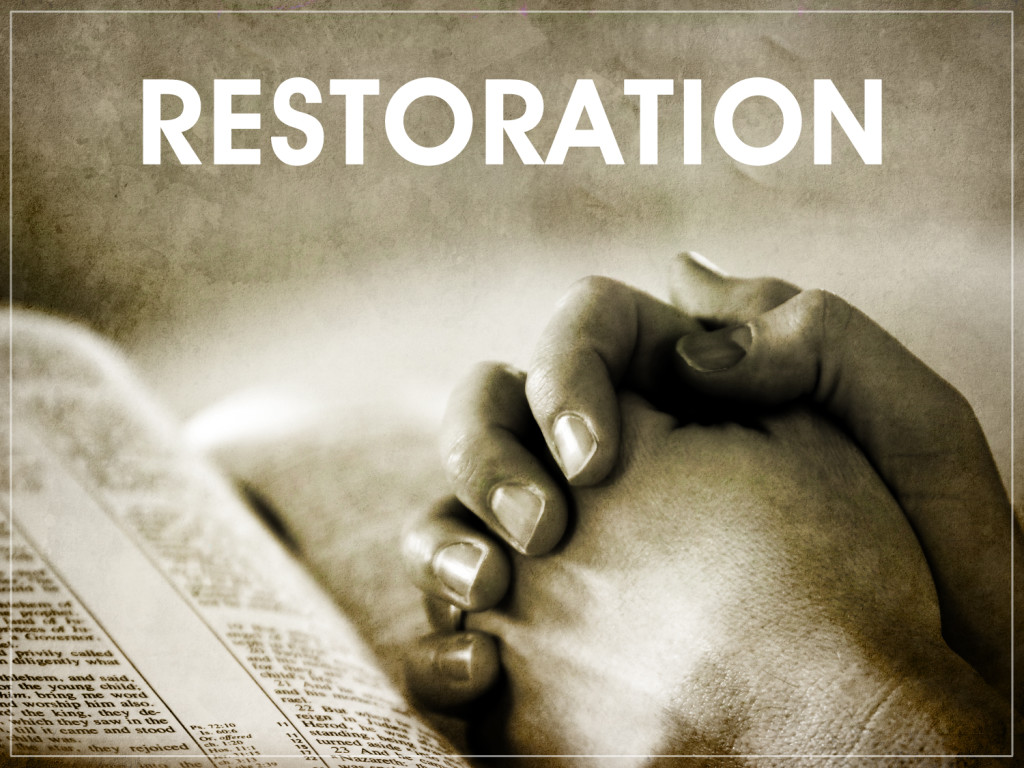 Acts 3:17-26
17 “And now, brethren, I know that you acted in ignorance, just as your rulers did also. 18 “But the things which God announced beforehand by the mouth of all the prophets, that His Christ would suffer, He has thus fulfilled. 19 “Therefore repent and return, so that your sins may be wiped away, in order that times of refreshing may come from the presence of the Lord; 20 and that He may send Jesus, the Christ appointed for you, 21 whom heaven must receive until the period of restoration of all things about which God spoke by the mouth of His holy prophets from ancient time. 22 “Moses said, ‘THE LORD GOD WILL RAISE UP FOR YOU A PROPHET LIKE ME FROM YOUR BRETHREN; TO HIM YOU SHALL GIVE HEED to everything He says to you. 23 ‘And it will be that every soul that does not heed that prophet shall be utterly destroyed from among the people.’ 24 “And likewise, all the prophets who have spoken, from Samuel and his successors onward, also announced these days. 25 “It is you who are the sons of the prophets and of the covenant which God made with your fathers, saying to Abraham, ‘AND IN YOUR SEED ALL THE FAMILIES OF THE EARTH SHALL BE BLESSED.’ 26 “For you first, God raised up His Servant and sent Him to bless you by turning every one of you from your wicked ways.”

We wonder sometimes why God gets so mad at certain things.  We read stories in the bible such as Noah’s Ark and Sodom and Gomorrah and wonder why God gets so upset.  I mean, He knew it was going to happen, so why is He surprised and suddenly angry about it?  It’s because He knows how afflicted we become when we live in sinfulness.  He knows how much we are misusing ourselves and how we have voluntarily put ourselves in a place of bondage instead of remaining in freedom.

In Christ, we get to experience a part of that restoration.  We get to be restored to God, which in turn begins to restore the other things in our lives.  This is why Peter was able to heal a lame man by the gate.  This is why the Apostle Paul will later completely change from stoning followers of Christ to being one of the most popular ones.

This part of the story we read today might seem like it is a condemnation from Peter but in fact it is the exact opposite.  Peter is saying, “even though you had a hand in the crucifixion of this Jesus, He offers you an opportunity to recognize your sinfulness and come back to Him.”  Peter’s message here is hope, not doom.  The question is: what are you going to do about it?  Yes, this specific address was towards the Jews, as they are God’s firstborn and were offered the first opportunity to repent.  Next it turns towards Gentiles.

Are we living in redemption?  Have we realized the depravity of our sin and the depth from which we have been separated from God?  Why do we continue to refuse to repent towards God’s restoration?  We’re like a house that refuses to be remodeled because we don’t know what kind of paint they are going to use.  Be restored!  Rend your heart toward God! Take responsibility for your actions and understand the glory that awaits you!