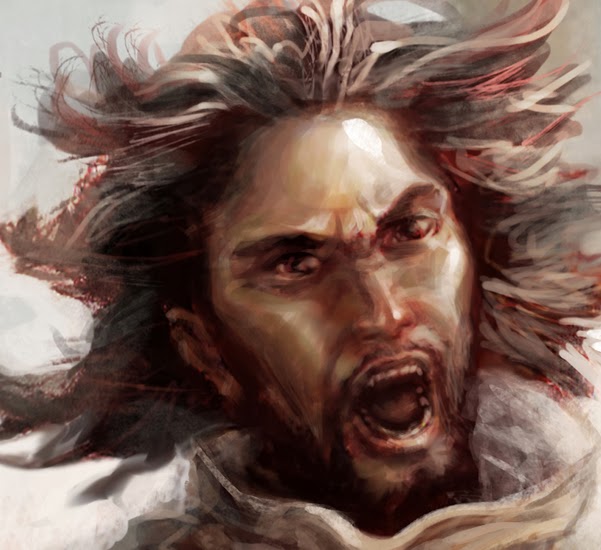 Jonah 4:4-5
4 But the LORD replied, “Have you any right to be angry?” 5 Jonah went out and sat down at a place east of the city. There he made himself a shelter, sat in its shade and waited to see what would happen to the city.

In our anger against others, even God, there tends to be a cooling off period. We all do it in different ways but we isolate ourselves and sulk about what just happened. We replay the events and conversations in our minds and sometimes we start to question where we were wrong. God confronted Jonah on his unrighteous anger and Jonah had to think about it. So when we are angry, we can ponder the same question: “Do we have any right to be angry?” That word “right” is the root of “righteous” which is very important in figuring out our motives for being angry.

I have discovered in my personal journey of giving in to unrighteous anger that there is in fact a difference between righteous and unrighteous anger. Unrighteous anger is anger that stems from our emotions and feelings. If we feel as though we have been hurt or offended by someone, our emotions flare up and it fuels our response. Maybe this is how our parents treated us and it is a learned behavior. Maybe it is fueled by something that happened long ago and every time we feel anger, it fuels our rage and causes us to do and say things we always regret. Even if we don’t regret our actions or words, we can at least recognize that we should not have responded the way we did. Righteous anger, however, does not have the same kind of backlash.

As we discussed previously, we can understand the human response to God’s grace over a great city like Nineveh because when they repent they are immediately considered in league with Jonah himself! Jonah has a close relationship with God and now the city will too. They are no longer enemies; they are brothers. Jonah doesn’t feel this is fair. His righteous anger against their evil burns for a solution but his emotional anger thinks the solution should be eradication, not grace and love. In the Kingdom of God, we learn that God’s solution for sinfulness isn’t retribution, but love, peace, and mercy. We don’t think this is fair because we have learned to give free reign to our emotional anger, our unrighteous anger.

God, however, continually reveals to us in His nature what righteous anger looks like. He instructs us to love unconditionally and to leave vengeance to Him, because His recompense for evil will be complete and just. If we seek vengeance, it will consume us and poison us because we cannot handle it correctly. So, we must rid ourselves of unrighteous anger and not let our emotions control our thoughts and actions. Sometimes it is better if we leave the city and sulk for a while and think about what God would want us to do in the situation.