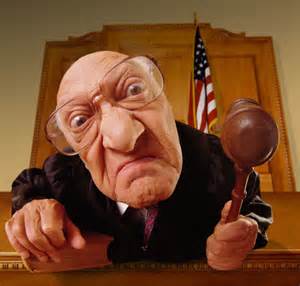 Paul begins his conclusion with some strong words.

This is the third time I am coming to you. Every fact is to be confirmed by the testimony of two or three witnesses. 2 I have previously said when present the second time, and though now absent I say in advance to those who have sinned in the past and to all the rest as well, that if I come again I will not spare anyone, 3 since you are seeking for proof of the Christ who speaks in me, and who is not weak toward you, but mighty in you.

There are two views of thought regarding Paul’s reference from Deuteronomy 17 about the testimony of 2 or 3 persons for judgment.  Some think it refers to his 3rd coming to Corinth while others believe it is a foreshadowing of having Jewish-like trials for those who are accused of wronging the church.  This passage almost seems like a threat to the Corinthians.  As we’ve learned throughout these two letters, the Church at Corinth was very afflicted.  The culture they were immersed in made it extremely difficult to turn from their sinful ways and continue following God.  Members of their congregation were continually causing trouble and leading others astray from the Truth of God.  Paul has continued to try to correct and exhort the members of the church and it appears that they finally have started remaining steadfast in the Lord, but there are still some outliers that continue to distort the message of the Gospel.

Paul’s words here to the Corinthians echo those throughout the bible that speak of separating the sinners from the holy.  Peter explains this in the second chapter of his second letter:

But false prophets also arose among the people, just as there will also be false teachers among you, who will secretly introduce destructive heresies, even denying the Master who bought them, bringing swift destruction upon themselves. 2 Many will follow their sensuality, and because of them the way of the truth will be maligned; 3 and in their greed they will exploit you with false words; their judgment from long ago is not idle, and their destruction is not asleep. 4 For if God did not spare angels when they sinned, but cast them into hell and committed them to pits of darkness, reserved for judgment; 5 and did not spare the ancient world, but preserved Noah, a preacher of righteousness, with seven others, when He brought a flood upon the world of the ungodly; 6 and if He condemned the cities of Sodom and Gomorrah to destruction by reducing them to ashes, having made them an example to those who would live ungodly lives thereafter; 7 and if He rescued righteous Lot, oppressed by the sensual conduct of unprincipled men 8 (for by what he saw and heard that righteous man, while living among them, felt his righteous soul tormented day after day by their lawless deeds), 9 then the Lord knows how to rescue the godly from temptation, and to keep the unrighteous under punishment for the day of judgment, 10 and especially those who indulge the flesh in its corrupt desires and despise authority.

This is exactly what Paul is trying to avoid in Corinth.  As we read Jesus’ words in Matthew 25 31 “But when the Son of Man comes in His glory, and all the angels with Him, then He will sit on His glorious throne. 32 All the nations will be gathered before Him; and He will separate them from one another, as the shepherd separates the sheep from the goats; 33 and He will put the sheep on His right, and the goats on the left.”  We see the importance of not falling in with the goats.

This warning from Paul seems a bit harsh and abrupt without love and compassion.  Yet, as we have witnessed, Paul actually has great love for the Corinthians and doesn’t want to see anyone enslaved by the schemes of the devil or lives of sinfulness.  If this were the only part of the message we had, then it surely would seem abrupt and unloving.  We will continue to read, however, that Paul wishes that we all check ourselves and if we are living in sin.  Paul intends to display his “strength” as the Corinthians have been convinced by other teachers that Paul isn’t that strong in the faith at all.  Verse 3 reveals his resolve to show them even more the power of God in him and the evidence of Christ in his life.  It reminds me of Jesus’ words in John 4:48 So Jesus said to him, “Unless you people see signs and wonders, you simply will not believe.”