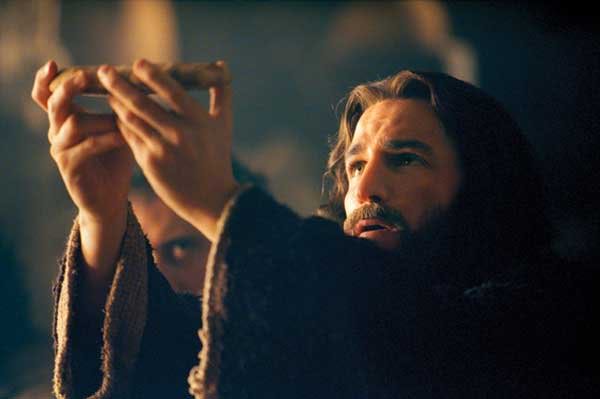 Matthew 12:1-8
1 At that time Jesus went through the grain fields on the Sabbath, and His disciples became hungry and began to pick the heads of grain and eat. 2 But when the Pharisees saw this, they said to Him, “Look, Your disciples do what is not lawful to do on a Sabbath.” 3 But He said to them, “Have you not read what David did when he became hungry, he and his companions, 4 how he entered the house of God, and they ate the consecrated bread, which was not lawful for him to eat nor for those with him, but for the priests alone? 5 “Or have you not read in the Law, that on the Sabbath the priests in the temple break the Sabbath and are innocent? 6 “But I say to you that something greater than the temple is here. 7 “But if you had known what this means, ‘I DESIRE COMPASSION, AND NOT A SACRIFICE,’ you would not have condemned the innocent. 8 “For the Son of Man is Lord of the Sabbath.”

This is one of those stories where if we really get into it, we can imagine ourselves standing behind Jesus pointing our judgmental fingers at the Pharisees saying, “Yeah! What He said!” Maybe it’s just me, but as believers reading the bible it’s really easy to view ourselves on the side of Jesus and feel justified in looking down our noses at the Pharisees and then maybe look for someone else like them in our time period so we can try to do the same to them. My friends, we are those people who Jesus is speaking to today. First, let us make sure we understand what is happening in this conversation.

In Exodus 20, we find the infamous Ten Commandments, one of which God is very clear that we shall set aside one day of rest per week (Sabbath) in honor of Him:

8 “Remember the sabbath day, to keep it holy. 9 “Six days you shall labor and do all your work, 10 but the seventh day is a sabbath of the LORD your God; in it you shall not do any work, you or your son or your daughter, your male or your female servant or your cattle or your sojourner who stays with you. 11 “For in six days the LORD made the heavens and the earth, the sea and all that is in them, and rested on the seventh day; therefore the LORD blessed the sabbath day and made it holy.

This was what the Pharisees were judging Jesus by. Since we have become more liberal in keeping rules, religious or otherwise, we most likely wouldn’t question Jesus and His disciples today if they picked a little corn in a field (which was legal in that day). But what about how we dress when coming to church or how we speak to our pastor or how much we drop in the offering plate or how we observe communion? There are a myriad of areas that we nitpick in today’s church. Think about this next time you are in church and you don’t agree with how someone does something. Jesus uses two examples to dispel the Pharisees’ argument. The first is out of 1 Samuel 21 when David was running from King Saul and had nothing to eat for his little army. The priest gave him bread that was consecrated to be set in the presence of the Lord. This was a sacred ritual that the Jewish priests performed every day. Yet they took it and ate it and were not found guilty in the eyes of God. Second, and more interesting, is Jesus’ assertion of the priests who work harder on the Sabbath than any other day. “Why is it not unlawful for them?” Jesus asks.

Jesus points out that our relationship with God and righteousness has nothing to do with the rituals we follow, but why we follow them. If our piety leads to our self-righteousness, then it is pointless. However, if it is about our relationship with God, then it is priceless. Jesus said that there was something greater going on than the temple and its rituals; He then quotes Hosea 6:6 which is an exhortation upon Israel to help them remember the point behind the rituals:

6 For I delight in loyalty rather than sacrifice, And in the knowledge of God rather than burnt offerings.

God wants us to be faithful to Him and grow close to Him. We get caught up in the “doing” instead of “relating” to Him. We have become focused on the wrong things and we have taken paths in self-righteousness instead of basking in His righteousness. It isn’t to say rituals for God are bad, but that they shouldn’t outweigh our relationship with Him. If we begin serving the ritual more than the one it was designed to serve, then we have become gravely mistaken and are already distancing ourselves from God.