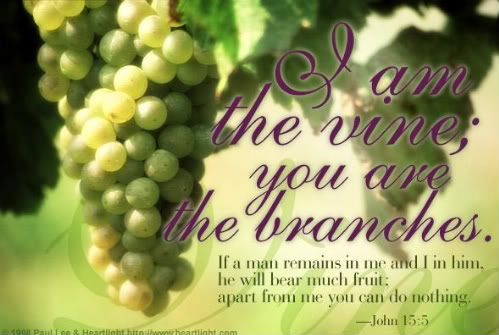 Acts 7:30-36
30 “After forty years had passed, AN ANGEL APPEARED TO HIM IN THE WILDERNESS OF MOUNT Sinai, IN THE FLAME OF A BURNING THORN BUSH. 31 “When Moses saw it, he marveled at the sight; and as he approached to look more closely, there came the voice of the Lord: 32 ‘I AM THE GOD OF YOUR FATHERS, THE GOD OF ABRAHAM AND ISAAC AND JACOB.’ Moses shook with fear and would not venture to look. 33 “BUT THE LORD SAID TO HIM, ‘TAKE OFF THE SANDALS FROM YOUR FEET, FOR THE PLACE ON WHICH YOU ARE STANDING IS HOLY GROUND. 34 ‘I HAVE CERTAINLY SEEN THE OPPRESSION OF MY PEOPLE IN EGYPT AND HAVE HEARD THEIR GROANS, AND I HAVE COME DOWN TO RESCUE THEM; COME NOW, AND I WILL SEND YOU TO EGYPT.’ 35 “This Moses whom they disowned, saying, ‘WHO MADE YOU A RULER AND A JUDGE?’ is the one whom God sent to be both a ruler and a deliverer with the help of the angel who appeared to him in the thorn bush. 36 “This man led them out, performing wonders and signs in the land of Egypt and in the Red Sea and in the wilderness for forty years.

The majority of people know this story, even if you aren’t an active member in the church or a believer.  The full story, however, takes place throughout the majority of Exodus and the perspective that Stephen gives us in this glimpse is interesting.  The first thing we notice is that God approached Moses for the work He had set out for him.  It wasn’t the other way around where Moses was pleading to God for forty years asking to send him back to Egypt to deliver his people.  No, Moses had grown comfortable in Midian and started a family!  I heard a sermon once that revolved around the burning bush story that posed an interesting question: how long was that bush burning until Moses recognized it?  Israel was far from his mind.  There is no record of Moses’ walk with God during those 40 years in Midian, but that really doesn’t matter much for the story.

Once God got Moses’ attention, He made sure Moses knew with whom he was talking.  God’s presence in that place of the burning bush made it holy simply because He was there.  If this was the case, what do you think happened to Moses as he entered this holy place?  He too was sanctified, made holy, and set apart.  God’s commands set Moses apart for the work that layed ahead.  In verse 35, Stephen highlights an important part: God is the one who makes us who we need to be for the purpose He designed us for.  Note that the finger pointing Jews referred to him as trying to be a “ruler and judge,” while God set him apart to be a “ruler and deliverer.”  Judges were feared because of how they treated others and their abuse of power.  A deliverer, however, is exactly the opposite.  This story is a foreshadowing of what Jesus would accomplish (which is why Stephen included it in his account).

As we know from the story, Moses was quite humbled by this appointment and actually complained to God, asking Him to find someone else.  The Jews hated him (hence his 40 year hiatus), he wasn’t a true leader even though he held a lofty position that commanded respect in Egypt, and he had a speech impediment.  Yet, because God set him apart, he led them out, performing wonders and signs in the land of Egypt and in the Red Sea and in the wilderness for forty years.  God’s grace and unconditional love wasn’t just upon the Jews that seemingly didn’t deserve to be rescued, but also upon Moses.  Moses’ biggest strength was obedience.  “A good leader is a good follower,” I learned in boot camp.  Moses followed God to the ends of the earth, doing whatever was told of him.  He was disciplined in the ways of God and had a close relationship with Him.  He also taught many in the nation of Israel to be followers as well.  We read the story of Moses and think, “wow, wouldn’t it be awesome to be that close to God?”  We think because it happened in the Old Testament or because it was thousands of years ago that it isn’t possible today.  Yet Jesus tells us in John 15:

It is our obedience to God that helps us develop our relationship with Him and therefore realize the purpose He has set out before us.  It isn’t that we do it on our own, but that He empowers us as we mature in our relationship with Him.  The closer we are to Him, the more equipped we can be for His purposes.  Our spiritual maturity (which results from our obedience) is what pushes us past our fears, iniquities, and shortcomings because we know God is with us.  This is our faith in action.