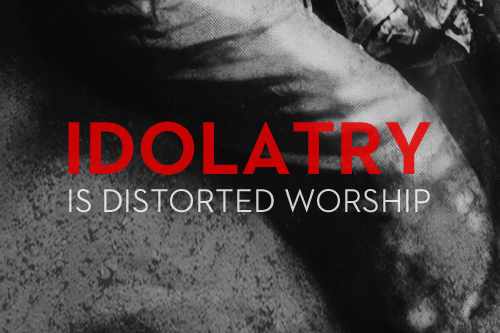 Acts 17:12-21
12 Therefore many of them believed, along with a number of prominent Greek women and men. 13 But when the Jews of Thessalonica found out that the word of God had been proclaimed by Paul in Berea also, they came there as well, agitating and stirring up the crowds. 14 Then immediately the brethren sent Paul out to go as far as the sea; and Silas and Timothy remained there. 15 Now those who escorted Paul brought him as far as Athens; and receiving a command for Silas and Timothy to come to him as soon as possible, they left. 16 Now while Paul was waiting for them at Athens, his spirit was being provoked within him as he was observing the city full of idols. 17 So he was reasoning in the synagogue with the Jews and the God-fearing Gentiles, and in the market place every day with those who happened to be present. 18 And also some of the Epicurean and Stoic philosophers were conversing with him. Some were saying, “What would this idle babbler wish to say?” Others, “He seems to be a proclaimer of strange deities,”-because he was preaching Jesus and the resurrection. 19 And they took him and brought him to the Areopagus, saying, “May we know what this new teaching is which you are proclaiming? 20 “For you are bringing some strange things to our ears; so we want to know what these things mean.” 21 (Now all the Athenians and the strangers visiting there used to spend their time in nothing other than telling or hearing something new.)

Verse 12 is a conclusion to what we read previously, but it also serves as a link to the previous story with the present.  The Jews are getting riled up that folks are believing in the Christ.  If nobody seemingly “changed their mind” about the truth of God, then nobody would really care.  As these philosophers described Paul, they would consider him a mere babbler since nothing would be changing in the lives of others.  Keep in mind this will always happen when we teach the truth of God.  There will always be people who disagree and try to stifle the spread of the Gospel.  Let us also remember, however, that the convincing is not up to us.  I think if it were, Paul wouldn’t have had as much trouble as he did explaining the Gospel to these Jews who were stirring up trouble.

Paul was an opportunist.  Imagine him just wandering around observing the culture and atmosphere in Athens.  He’s browsing the market, listening to conversations others are having, maybe kindly interacting with a few people.  They know he isn’t from there, so people are watching him.  When we don’t fit in (and we shouldn’t, as followers of Christ), people take notice and watch to see how you are going to handle yourself in different situations.  He brought with him the culture of Jesus, which we are to do wherever we go, and was telling it to others.  This caught the attention of the philosophers who generally sat around and discussed the interaction of the unseen things with the seen things.

Athens was a hub of societies, cultures, and gods.  People came and went and discussed their experiences and adventures and lives.  This is a wonderful practice!  We might hone in on the multiple idols and gods worshipped here and think that it’s sinful.  Yet, if the culture wasn’t open to hear new things, how then would Paul have had the opportunity to speak in front of all the philosophers in the city?  How would he have been able to talk about the Gospel with all those he interacted with?  The Athenians were constantly seeking more information in search of ultimate truth.  While it is true that these multiple idols and gods that had been infused into the culture were sinful, these people were simply trying to discover the truth about deities and God Himself.  Someone who is seeking the truth of God will try anything to learn more about Him.  Idols, rituals, temples, spiritism, and other practices are all a result of people recognizing the existence of the spiritual realm and trying to understand it.  Paul recognized this and saw an opportunity not to judge them, but to introduce them to the One they have been searching for.

How many times have we been in situations like this where we witness people worshipping false gods and instead of talking to them about it, we turn away scoffing them for their idolatry?  Yes, God hates when people worship idols, not just because it means He isn’t being worshipped, but because he knows that it leads to our ruin.  If people don’t know any better, if they have not been introduced to the Living God, how then should they know not to have idols and manmade gods?  It is our duty to tell them and help set them free!  It all starts by our testimony.  Paul spiked interest by merely talking about what he knew, not just by repeating scripture, but he had the experience to back it up.  He was confronted by Jesus, he was used by the Holy Spirit to heal others and even had a special connection with God through the speaking of tongues.  He didn’t repeat memorized scripture to pique the interest of others; he shared his life.

How has God affected your life?  What stories has He given you specifically to share with others?  How can you stop avoiding idolaters and instead start sharing with them the truth of God?