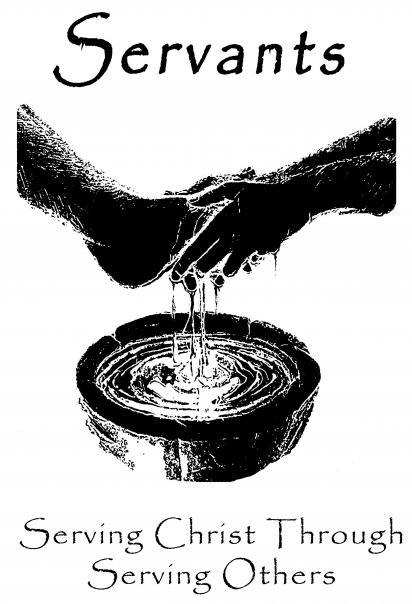 5 Therefore, I exhort the elders among you, as your fellow elder and witness of the sufferings of Christ, and a partaker also of the glory that is to be revealed, 2 shepherd the flock of God among you, exercising oversight not under compulsion, but voluntarily, according to the will of God; and not for sordid gain, but with eagerness; 3 nor yet as lording it over those allotted to your charge, but proving to be examples to the flock. 4 And when the Chief Shepherd appears, you will receive the unfadingcrown of glory.

This is a simple yet difficult passage.  It is simple because it makes sense, it is difficult to carry out, is it not?  Our sinful nature drives us to want to not only obtain control, but maintain it as well.  Yet Peter is telling us something different here, isn’t he?  I feel as though I have increasingly become a student of servant leadership.  In the military and even in the private sector there are some examples of the servant leader, however, the way the system is set up it gives way to the authoritarian.  The authoritarian demands respect and obedience and can throw around the weight of their position or rank to get compliance.  Certainly, this is needed in certain circumstances and for an organization as big as the American military; it is necessary especially in times of battle or even something as small as personality conflict.  Once I became involved with voluntary and non-profit organizations whose main workforce is dependent upon volunteers, I quickly realized that there is no rank to throw around.  You cannot simply command someone to do something and expect them to do so unquestionably just because of who you are, rather more than ever I have to earn the respect and obedience of others to expect compliance of something when I ask of them a favor.

We can look at Peter’s statement here as a good word of advice in leadership, but we must not lose sight of the bigger picture.  Yes, church leaders are put in place but who has to listen to them?  Maybe if someone is employed by the church they are a little more compelled to follow orders, however those within the congregation can just leave whenever they want to, they have no real obligation to stay.  This is a delicate situation for the church leadership.  It isn’t to signify the importance of “coddling” the congregation; instead Peter is using the example of Jesus to remind leaders that they are to be first servants.

In John 13:5-20, we read the story of Jesus washing the disciples’ feet.  The most important part of this account is what Jesus says in verse 15, “15 For I gave you an example that you also should do as I did to you.”  Earlier in John’s account of Jesus’ ministry on earth, we read after John 3:16 (one of the most popular verses in the bible) one of the most important verses about Jesus’ purpose on earth in John 3:17, “17 For God did not send the Son into the world to judge the world, but that the world might be saved through Him.” Jesus was God in the flesh sent here to love us through service.  This is what Peter is reminding us of in today’s passage.

We are to lead others not for gain, but to serve.  We are to serve others not in relation to what the world has to offer, but because of what God has offered.  We don’t have to worry about reward or gain because God has set for us an inheritance which we could never imagine, so why do we worry about what we are going to get out of doing this or that?

As I continue through Spanish school, I recently learned an interesting connection: the word for shepherd is pastor.  A pastor is one who shepherds a flock.  Additionally, Peter encourages us to do this not by “leading from behind,” but by leading from the front as an example.  Jesus is the Chief Shepherd, who guides the other shepherds who then guides the rest of the flock.  As I mentioned during our study of Paul’s letters to Timothy, this isn’t a call to just pastors and elders.  While these people are in official positions of leadership over a congregation, we have influence in our own little circles, even if it is just one other person in your life: a spouse, a child, a coworker.  We lead by example and by service.

I mentioned military and corporate leadership in the beginning.  I want to close by accounting that the best leaders I had in the military didn’t have the highest rank, rather they set out to serve those they led.  They didn’t try to inflate their own egos, rather their motto was always, “how can I help you succeed the best in your job?”  Similarly as leaders (as followers of Christ we are called to lead others to Him), we need to take on the attitude of those we are trying to lead towards Christ in the following manner, “how can I help you succeed in discovering and continuing a relationship with God through Jesus Christ?”

A phrase that always stuck with me from bot camp is, “A good leader is a good follower.”  How well are you following the actions of Jesus?