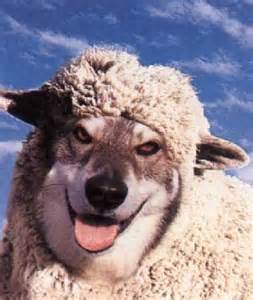 As Paul continues to defend himself, it appears that his boasting might have been a point of contention with some who opposed him.  He just mentioned how everything he does is so that he may continue to preach the gospel of Christ and further bring glory to God.  Let’s see why that matters.

10 As the truth of Christ is in me, this boasting of mine will not be stopped in the regions of Achaia. 11 Why? Because I do not love you? God knows I do! 12 But what I am doing I will continue to do, so that I may cut off opportunity from those who desire an opportunity to be regarded just as we are in the matter about which they are boasting. 13 For such men are false apostles, deceitful workers, disguising themselves as apostles of Christ. 14 No wonder, for even Satan disguises himself as an angel of light. 15 Therefore it is not surprising if his servants also disguise themselves as servants of righteousness, whose end will be according to their deeds.

Paul makes a distinct point here about false prophets and teachers.  They try to build themselves up and discredit others who expose their failure in preaching the truth.  We’ve read throughout the scriptures the importance of listening to others when they are exhorting us.  If we really value and seek the truth of God, then we will not have much problem with being told we are wrong.  Exhortation is a very valuable tool in our spiritual growth and when we deny it, we essentially decide to stop seeking the truth and instead what makes us feel good about ourselves.

We must be wary of the devil and his schemes.  We must be vigilant in making sure we are not listening to a wolf in sheep’s clothing.  The way we do this is study and know God’s Word.  If we continue to seek the truth and guard it with our hearts when we find it, we will then be better protected against the lies and schemes of the devil; after all, he’s called the Father of Lies.  I’ve maintained that we learn to know God’s voice by studying His word.  We learn how He acts, speaks, and thinks.  Then that day when we are told something supposedly of God, we will be able to realize if it is really from Him or not.  We will know if we are hearing from God or someone else.

Wherever it is recorded in the scriptures of Satan trying to deceive another, he does it by twisting the truth.  He doesn’t make stuff up, rather he uses God’s truth and changes it a little to trick and confuse us.  This is why we must be certain of who God is; without it, we can be easily led astray.  You can see an example of this when Satan attempted to tempt Jesus in Matthew 4.

Are you seeking the ultimate truth?  Who are you listening to, the source of truth or the father of lies?  How sure are you of who God is?